Our fave royal couple, the Duke and Duchess of Cambridge, is celebrating their 5th anniversary! So much has happened since Prince William and Kate Middleton said their “I dos” at Westminster Abbey in London, England on April 29th, 2011. Who wasn’t among the 72 million viewers worldwide (beat that, Kim K) glued to their TVs that day? The pomp! The circumstance! The fashion! (Middleton’s Alexander McQueen bridal gown would make even the world’s biggest cynic swoon.)

Then there’s the love story. Unlike Prince William’s parents, Prince Charles and Princess Diana, William, 33, and Kate, 34, seem to have a real connection. True loves and best friends—isn’t that the love story we all want to write? It’s the little things between these university sweethearts that sets them apart from past royal couples: William’s hand on Kate’s back as they board a private jet; sharing a giggle during a press event; holding hands on a hike while on official duty in Bhutan; and playing in the snowy French Alps during their first family vacay with Prince George, 2, and Princess Charlotte, 11 months.

Ok, so it’s not exactly dinner and a movie-type stuff, but that’s why the Duke and Duchess of Cambridge have captured our hearts. They are the poster couple for #relationshipgoals. In Hollywood speak; they’re the Ryan Reynolds and Blake Lively of Kensington Palace. (Dear Your Majesty, can you please send orders for this dream double date to happen?) In celebration of William and Kate’s 5th anniversary, we’ve rounded up 10 picture perfect photos of the happy royal couple. Cheers! 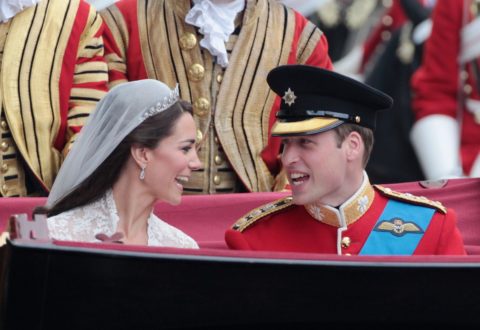 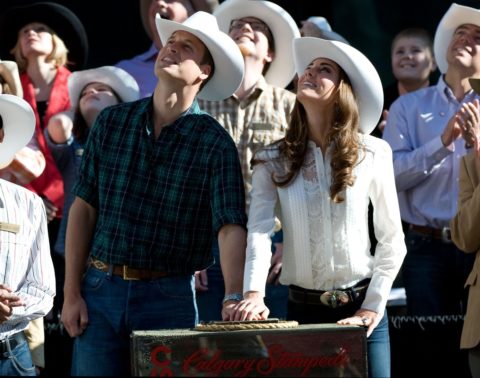 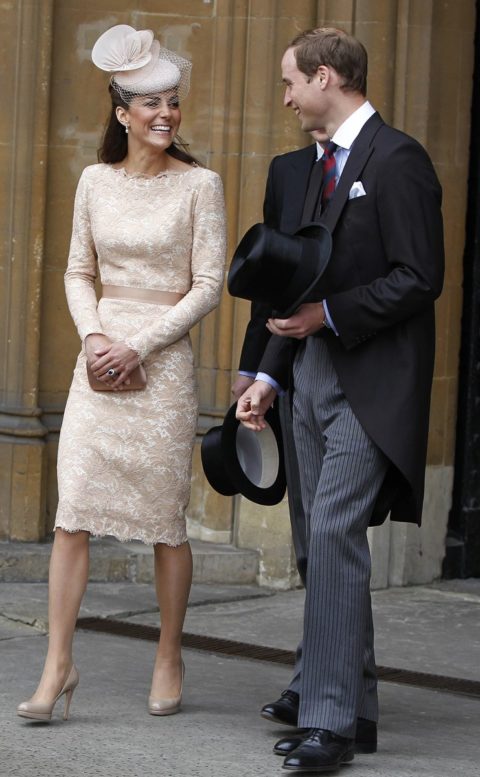 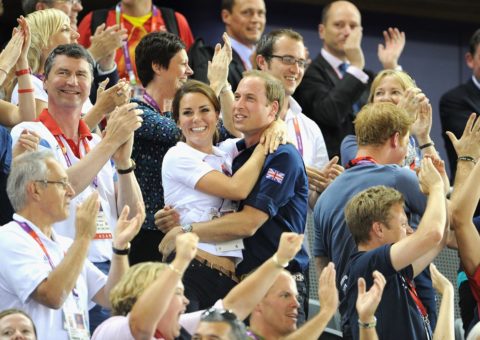 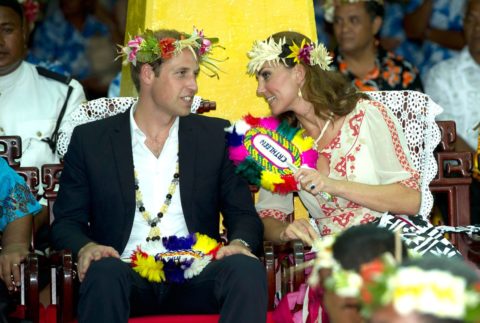 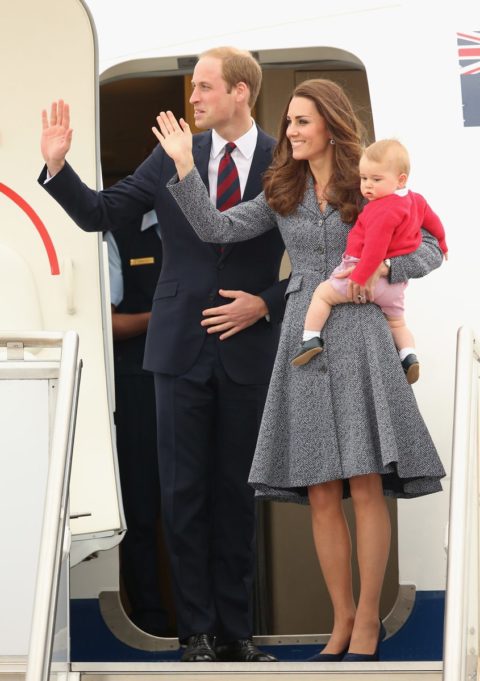 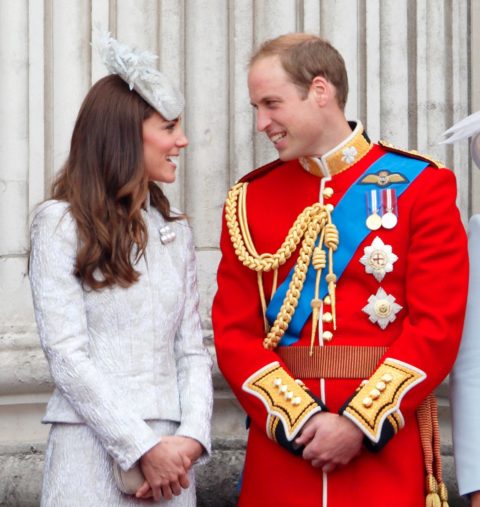 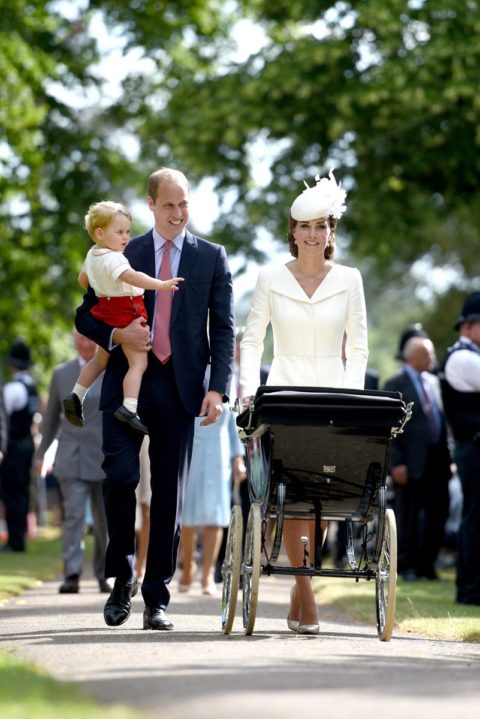 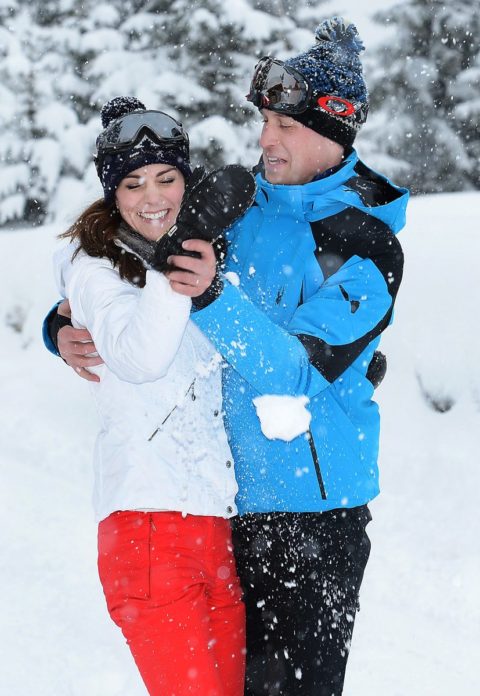 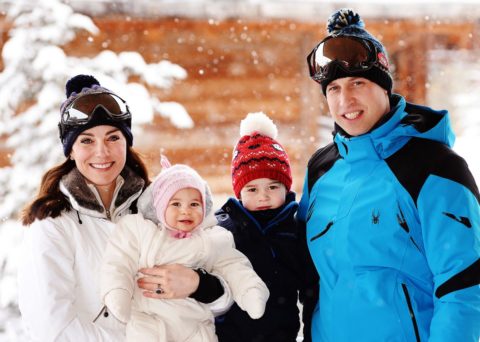 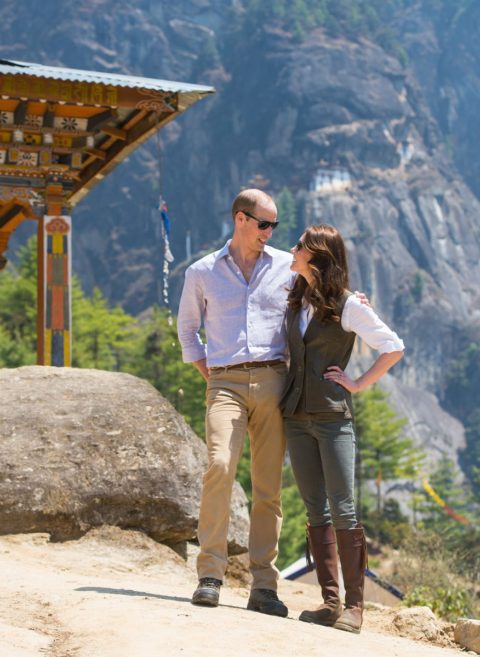 April 29, 2011: The newly minted Mr. and Mrs. share a moment as they travel by carriage along the Processional Route to Buckingham Palace in London, England.

July 8, 2011: Yeehaw! William and Kate attend the Calgary Stampede during their royal tour of North America.

June 5, 2012: The Duke and Duchess are all smiles as they leave Westminster Hall after a Diamond Jubilee Luncheon in London, England.

August 2, 2012: The Duke and Duchess cheer for Great Britain (they won gold) during the Men’s Team Sprint Track Cycling final at the London Olympic Games.

September 18, 2012: Outfitted in traditional clothing, the Duke and Duchess are entertained at the Vaiku Falekaupule in Tuvalu, while on a Diamond Jubilee tour in Singapore, Malaysia, the Solomon Islands and Tuvalu.

April 25, 2014: Prince George joins his stylish mummy and daddy on their Royal Visit to Australia and New Zealand. It was the family’s first official trip overseas.

June 14, 2014: The Duke and Duchess steal a moment while watching the fly-past from the balcony of Buckingham Palace during Trooping the Colour, Queen Elizabeth II’s Birthday Parade in London, England.

July 5, 2015: The royal family walk past crowds as they leave the Church of St. Mary Magdalene on Sandringham Estate after the Christening of Princess Charlotte in King’s Lynn, England.

March 3, 2016: The royal couple have a playful snowball fight during a private break skiing at an undisclosed location in the French Alps.

March 3, 2016: The Duke and Duchess pose with their children, Prince George and Princess Charlotte, on their first family vacation in the French Alps.

April 15, 2016: With his arm around his wife, the Duke and Duchess look like just a happy (and gorgeous!) couple on vacation. Here, they had trekked to Tiger’s Nest during a visit to Bhutan as part of their Royal Tour to India and Bhutan.