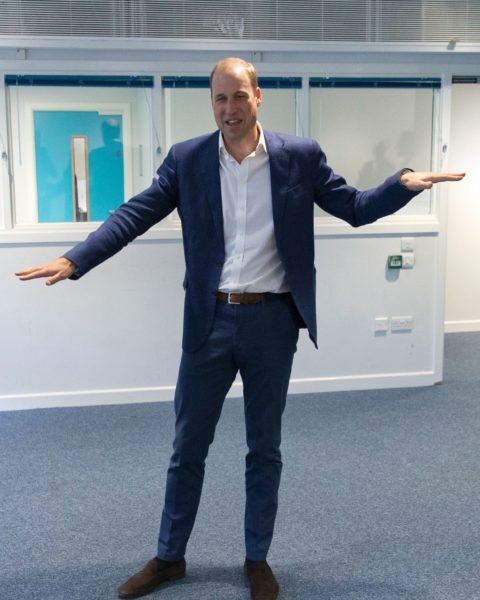 Prince William Flexes His Dad Dance Moves at a Club, But Not Everyone is Laughing

Prince William cutting up the dance floor at a Swiss nightclub is the best thing we’ve seen on the Internet this week. The future King and father-of-two defined #dadgoals on his ski trip to Verbier, Switzerland with a group of buddies. Grooving to ’90s hip-hop anthem “I Got 5 On It,” William put his hands up in the air, waved them like he just didn’t care, and gifted us all with a flawless viral video.

While William was busy raising the roof, other Royals were in London for a Commonwealth Day service at Westminster Abbey. The 34-year-old monarch has attended 13 Royal engagements this year, while the Queen, at 90-years-old, has clocked in 24 days of official duties. With his absence in the limelight (quite literally), some Brits took to Twitter to criticize William for being a “part-time Prince”.

I don't care about Prince William going on the lash with his mates.
I do care he missed huge Commonwealth Day event to do it.

Others took to Twitter simply to mock William’s dad-style dancing.

Prince William "dad-dancing"? Round our way that sort of thing is called fifteen-pints-and-a-couple-of-pills dancing.

Little did I know that Prince William's dad dancing would be the thing that inspired me to learn how to make gifs. #Enjoy. pic.twitter.com/24sG60kIfD