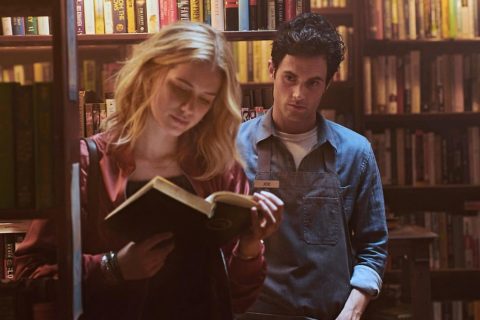 Is Gossip Girl’s Lonely Boy Back in This New Netflix Series?

Penn Badgley is still stalking blondes on the small screen.

Five years ago we said “xoxo” goodbye to the Upper East Side scandals and the nutso revelation that Brooklyn’s Dan Humphrey was actually Gossip Girl. (Don’t worry, we’re still confused too.) And here’s what’s even more confusing: it seems like Lonely Boy might be back.

Staged in New York and adapted from a Caroline Kepnes’ novel, You sees a brilliant bookstore manager (Joe) crossing paths with an aspiring young author named Beck (played by Once Upon A Time’s, Elizabeth Lail). What looks to be a budding romance, quickly turns into a creepy, obsessive stalker story, where Joe uses Beck’s social media and IRL habits to block any obstacles—including people—that get in his way of gaining her affection.

“If you liked Gossip Girl, this one’s going to be a killer,” Penn Badgley offered as a cheeky tag for his thriller series during the Television Critics Association press tour this summer. Killer pun intended? It might be.