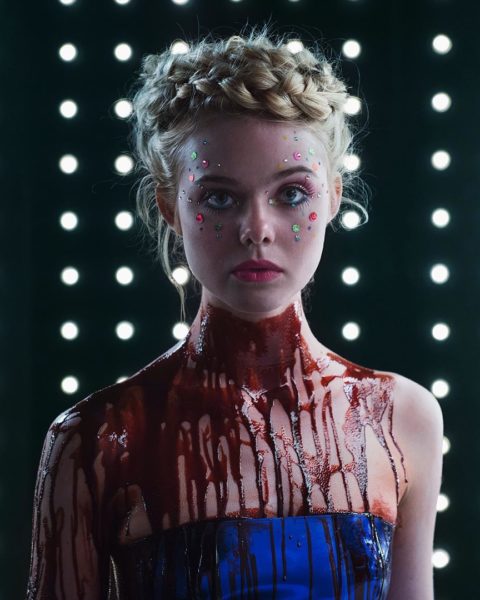 Horror films—like leather and tweed—are guaranteed to come back every fall. And with them come the scream queens, people who dare to open up dusty coffins, step into howling basements and tempt the fates by communing with the dead. They are hard-headed folks with no crisis managements skills whatsoever; shriekers who refuse to move out of their starter homes even though they’re demon-infested.

With all the obvious character flaws in horror scripts, including the vast number of sexist stereotypes, it’s a wonder the genre has survived. One would think that reality TV—a reminder of the frightening behaviour happening outside our doors—would have replaced scary movies altogether. Yet the flurry of toddler pageants, slurring housewives and egomaniacal families whose surnames begin with the letter K have done nothing to hold off our cravings for creepy celluloid. In fact, a slew of horror flicks—including revamps of The Blair Witch Project, The Birds, It, The Craft and An American Werewolf in Paris—will clutter our cinemas over the next year or so. So why do we keep watching?

Author Stephen King claims the popularity of the genre endures because “We’re all mentally ill,” and adds, “Those of us outside the asylums only hide it a little better.” To paraphrase what the man behind bestselling titles such as The Dead Zone and Cujo is getting at, these films bring out what he calls the “potential lyncher” in all of us. In a column he wrote for Playboy in 1982, King states that humans are driven by “fun [that] comes from seeing others menaced—sometimes killed.” Three decades later, his theory still stands: More than 30 of his books have been made into films.

King’s first published novel, a supernatural drama called Carrie, is one of those films. First screened in 1976, the collector’s edition of the film—which celebrates its 40th anniversary on October 11—is actually back on the market for film buffs to buy on Blu-ray and getting screened more than ever. The Blu-ray disc’s extras—which features interviews with actors Sissy Spacek, Amy Irving, Betty Buckley, Nancy Allen, William Katt, Piper Laurie, Priscilla Pointer, and P.J. Soles, as well as art director Jack Fisk and director Brian De Palma—succinctly draws conclusion on why Carrie’s spooky immortal soul is still haunting us.

This isn’t Carrie’s first time at the prom. Filmmaker Brian De Palma first brought King’s book to the screen which earned its star Sissy Spacek—a cult-like fashion cred (Chloë Grace Moretz stars in a 2013 version). De Palma’s movie was so well shot and styled that Carrie’s bloody eveningwear look has gone down as one of the eeriest images to persist in popular culture. Unfortunately, De Palma’s success was followed by a 2002 made-for-TV reconception that bombed, as well as several campy musicals.

For actress/horror movie icon Cassandra Peterson—a.k.a. Elvira, Mistress of the Dark—Carrie is a fashion fable, replete with a moral twist. “She wore vintage. Mean girls made fun of her clothes. She fried them up. The end,” she deadpans via phone from her home in Los Angeles.

“I believe the reason why horror films keep on truckin’ has to do with the bullying that’s going on in our society. Carrie is a teen who got bullied by classmates and ends up getting revenge,” she adds. “It does give people who have been bullied—as I was when I was young—a feeling that things can turn around, even if you don’t have telekinetic powers.”

For Peterson, things turned around when she met Elvis Presley. After getting advice from the King when she was a Vegas showgirl in the early ’70s, she left Sin City and created her now-famous Elvira alter ego. The role landed her on TV in 1981 as host of Movie Macabre and led her to star in her own horror movies. Her Mistress persona has yet to wane in popularity, offering Peterson success beyond her “wildest nightmares.” The 62-year-old has gone on to create a mini empire of J.Lo proportions: She’s partnered with Marvel comics creator Stan Lee to produce the Comikaze comic expo, created an Elvira app and video games and recently inked a deal as spokesperson for a trio of new fragrances by Demeter: Elvira Zombie, Vamp and Black Roses. This is in addition to being the sole licensor for the Mistress’s official ensemble—a consistent bestseller at Halloween.

“Who would have thought there’s room for so much in horror? But there’s something oddly elegant about some of the classics,” Peterson says of the soft lighting, dark shadows and distinct wardrobe associated with the genre. Another theory she has come up with while watching—and humorously critiquing—slashers and thrillers through the years is how a villain’s closet can improve his or her fear factor. “There are so many bad accessories with the horror villains that really scared their victims,” she says. “Besides Carrie—who freaked everyone out because of how she dressed—[A Nightmare on Elm Street’s] Freddy Krueger has that creepy grunge-y sweater and killer glove, [Hellraiser’s] Pinhead has those nails in his skull and [Friday the 13th’s] Jason has that disturbing mask. I still think Dracula gets the most victims for a reason: With all those capes and tuxedos, it doesn’t get more chic than him.”

The genre of horror is growing because our communal interests keep fueling the deadly fire and breeding sub genres. This year Neon Demon was one of the first recent psychological horrors that was completely set in the fashion industry. The movie stars Elle Fanning as an aspiring model who does shoots with blood dripping down her next. The movie’s trailer got more of a viral reach than most major runway shows.

The allure of horror goes beyond fangs and fear. In some cases, according to a Teen Vogue interview with Broadly screenwriter Abby Moss, watching a fright flick may actually help people who have issues surrounding anxiety. In some ways, it is a diversion away from the big fears we have to face everyday (Donald Trump’s recent campaign) or even some small ones that give us the mean reds or deep blues. As writer Patricia Grisafi recently noted in her essay on scary movies for Luna Luna magazine: “Give me the creature from the swamp, but don’t force me to confront the hairstylist who has stridently shamed me for chopping my own bangs.”

Edmonton-born artist Jillian McDonald understands horror’s appeal on another level as her work frequently uses monsters as muses. One of her most powerful pieces named Valley of the Deer incorporates video, drawing and performance work depicting spine-chilling images of half-human, half-beast models in the Scottish Highlands. “I’m interested in how horror can reflect who we are,” McDonald says from Newfoundland. “Zombies are terrifying because they’re our monstrous selves. What could be worse than being in an extreme state of bodily rot? Yet we don’t turn away, because we are looking at something that evokes beauty.”

The notion of the supernatural vs. the natural also fascinates art historian Mary Ann Caws, a scholar at New York’s City University. From Bela Lugosi to Buffy and from David Bowie to Dracula, Caws’s observations in her essay What to Wear in a Vampire Film suggest that Stephen King’s everyone-is-insane theory could be revised to everyone-is-intrigued: “These loving/slaying heroines so interestingly dressed…set up the contrast of dull against elegant, unremarkable against remarkable.” 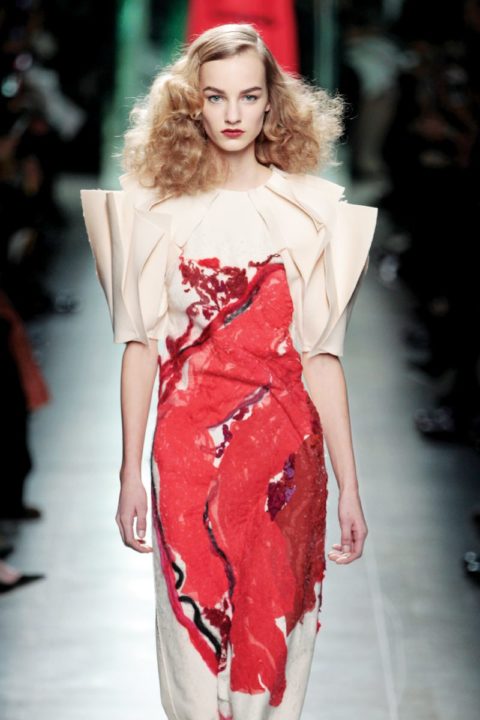 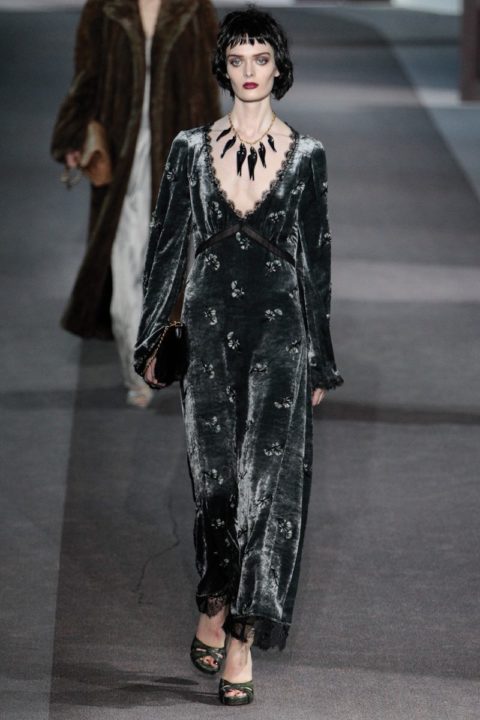 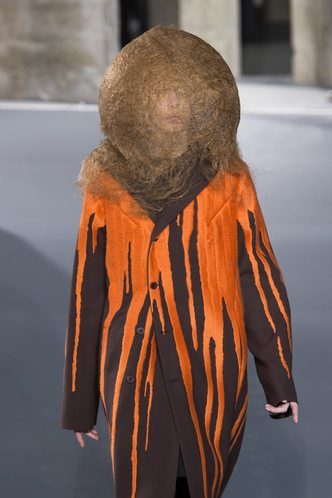 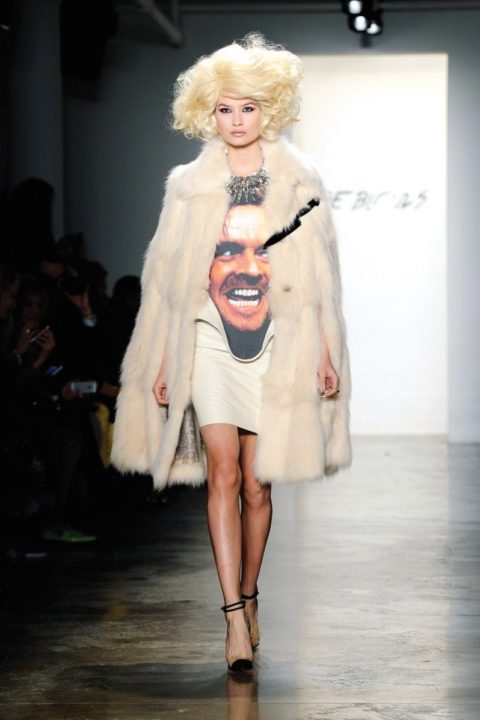 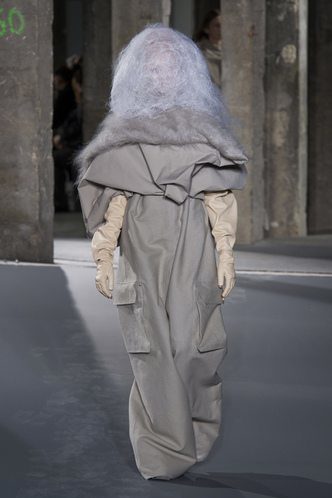 This collection channelled the climax from the classic horror film Carrie.

Photography via instagram.com/theneondemonfilm
Get the best of FASHION in your inbox Thanks for signing up!
The latest fashion, beauty and celeb news delivered right to your email #FASHIONforall Now, check your inbox to complete your subscription
We won’t ever use your email address for anything else
Want even more FASHION? Follow us on social media.