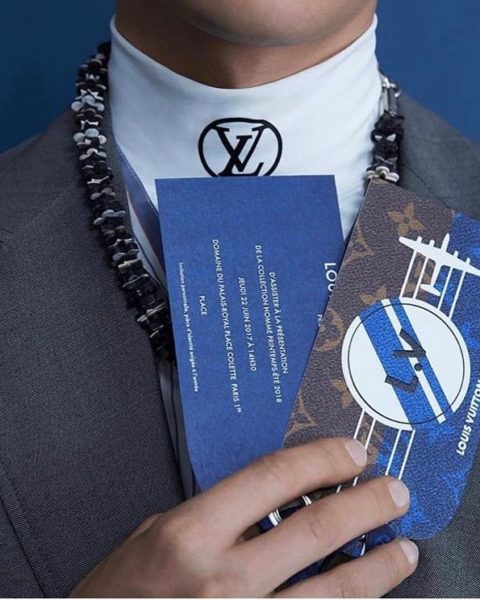 What does Drake’s new Song Have to do With Louis Vuitton?

The cool factor of rappers can be rivalled by pretty much nobody. They were the OG influencers when it came name-dropping luxury brands—Gucci, Louis Vuitton, Versace, Moet, Veuve, Hublot, Rolex, Dom Perignon…the list goes on.

But now not only are these things mentioned not-so-subtly within the songs, but they’re also the actual name of songs. Take Frank Ocean’s “Chanel” and Jay Z’s, we mean, JAY-Z’s, “Tom Ford.”

Adding to this phenomenon is Drake’s current release, “Signs,” which is said to be inspired by Louis Vuitton’s Spring/Summer 18 collection. Drake announced the news yesterday on Instagram…

and teased it again today, counting down one hour until the song’s launch and the Men’s show in Paris. (OVO founder Oliver El-Khatib curated the playlist for the show, according to Billboard.)

LV x Drake www.vuitton.com in one hour! Best of luck to my friend @mrkimjones

But the inspo is a bit unclear: While the lyrics are one-liners about a relationship like “I can’t say no when you say please,” “You want a supermodel pose like my real friend Winnie,” “Can’t drink all day if I don’t start in the morning”—which have seemingly nothing to do with the clothes—the Caribbean feel of some pieces in the collection are echoed in the Dancehall vibe of the song. Perhaps Drake was also a winning choice because the king of the 6ix is otherwise known as Champagne Papi, and the parent group of LV, LVMH, or Louis Vuitton Moet Hennessy, is no stranger to the world of popping bottles. Another possible likeness between the two is the turtle or mock neck, which was seen on the runways but also made cool, sort of, in the video for “Hotline Bling.” We’re still trying to see if we can detect some other subliminal messaging.

You can view the collection and hear the new song, about halfway through, in this tweet from Louis Vuitton:

Photography via Instagram.com/champagnepapi
Get the best of FASHION in your inbox Thanks for signing up!
The latest fashion, beauty and celeb news delivered right to your email #FASHIONforall Now, check your inbox to complete your subscription
We won’t ever use your email address for anything else
Want even more FASHION? Follow us on social media.