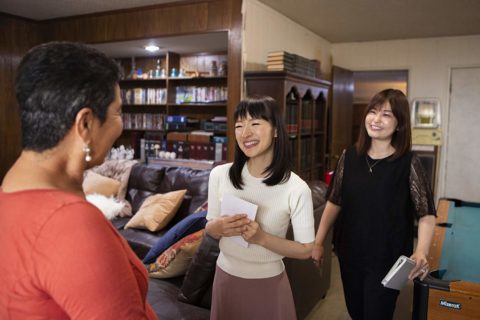 Everything Coming to Netflix Canada in January 2019

A monthly breakdown of the movies and series we can't wait to stream.

Tidying Up with Marie Kondo

Japanese organizing consultant Marie Kondo’s 2011 book The Life Changing Magic of Tidying Up became such a massive global success that KonMari (her method of decluttering and organizing) is now pretty much a verb in our urban lexicon. “I’m KonMari-ing my apartment this weekend.” Now, Netflix has tapped Kondo for a home makeover show that involves her visiting American families and teaching them how to let go of clutter and keep only the items that bring them joy. Could there be a better way to start the new year?

Get your exclusive first look at FYRE — a revealing new doc about the insanity and rapid unraveling of Fyre Festival: the greatest party that never happened. Premieres January 18. #NetflixNewsWeek pic.twitter.com/B4iaR3UJwM

For a festival that never was, it sure got a lot of social media traction. Billed as a hyper-exclusive event for the ultra rich and famous, the inaugural music festival attracted a slew of celebrities and influencers to a remote island in the Bahamas, only to be greeted with makeshift tents and wet mattresses, questionable cheese sandwiches in styrofoam boxes, a lack of drinking water and cell phone service, and only one band that actually performed. This Netflix documentary takes a long look at all the chaos as well as the elite influencers caught in the middle of it.

And here’s the full list of everything else coming to Netflix in January:

Available January 24
Conversations with a Killer: The Ted Bundy Tapes

Available January 29
Gabriel “Fluffy” Iglesias: One Show Fits All
Ant-Man and the Wasp