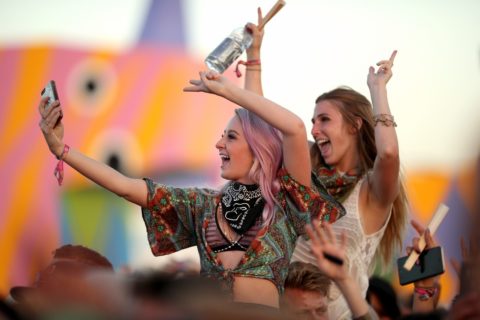 The Biggest and Best Music Festivals of Summer 2018

Start counting down the days!

It’s that time of year again! You may still be wearing your parka, but it’s never too early to start planning your summer music festival pilgrimages. We’ll keep this page updated with all the best lineups in North America, from Montreal to Napa Valley. Mark your calendars…

We’re bringing #TheWeeknd, #BrunoMars, #JackWhite, #ArcticMonkeys, #TravisScott + more to Grant Park for #lolla 2018! Click the link in our profile to grab your 4-Day Tickets and get ready for the party of the summer.

Can’t make it both days? Check out the single day lineups ?…then get your Tickets at Phase 1 Prices before they’re gone ?

The #BottleRock 2018 single day lineup is here! ?✨ Find out when all your favorite artists take the stage. Single day tix go on sale TOMORROW January 17th at 10am PST! ? View the daily lineup at ? in bio. Tag a friend in the comments below for your chance to WIN a pair of 3-day GA tickets to BottleRock 2018!

WHO: Bruno Mars, The Killers, Muse, The Chainsmokers, Halsey, Snoop Dogg and more.

WHERE: The Gorge, Washington

Summer in TO kicks off with #FieldTripTO on June 2 & 3 at Fort York & Garrison Common feat. @Metric, @yeahyeahyeahs, @damianmarley, @BahamasMusic, @alvvaysband and more! ☀️ Tickets on sale TOMORROW – Friday, March 9 at 10am. #FieldTripTO

Official Final Line-Up ?? __ Tag three friends and make yourself attending on the event to win a VIP experience ? __ Less than 500 tickets left at the best price ➡️ escapademf.com

?Proudly presenting your #Boots2018 line-up! Grab your Tier 1 Tickets while they're hot (link in bio☝️). *CONTEST CLOSED* Like & Repost for a chance to WIN 2 GA Weekend Tickets ?❤️Winners will be chosen Friday, March 2.

WHO: The Chainsmokers, DJ Snake, French Montana, Diplo and more.