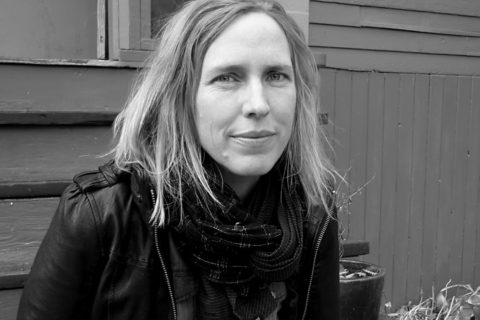 Miriam Toews Is the Author the #MeToo Movement Needs

"I heard rumours in 2009. That’s when the first articles started appearing. I was horrified and wanted to know more."

Miriam Toews isn’t known as a horror writer, yet her upcoming novel, Women Talking, might just be one of the scariest books I’ve ever read. Although it’s really not that much of a departure for Toews, who has never shied away from dark subject matter. Her last novel—the award-winning All My Puny Sorrows—is the based-on-true-events story of a family dealing with one sister’s repeated suicide attempts. It wasn’t necessarily the most obvious choice for bestselling book of the moment, but such is Toews’s talent and heart. She was able to craft a heartbreaking story of loss and empathy without it being maudlin or (too) depressing.

In Women Talking, the writer has set a similar challenge for herself. The novel imagines what the women in a Mennonite colony in Bolivia do after it’s discovered that the men in their community have been drugging and raping the women, regardless of age or relation. Toews manages to balance the story of female rage and empowerment with hope and touches of humour.

What’s truly horrifying is that this event really happened. What’s dismaying is how relevant the story would be even if
it hadn’t. Because of the religious context of Women Talking, when we spoke in Toronto I started by asking Toews about her relationship with the Mennonite faith.

Toews: “Well, I mean, I don’t belong to a Mennonite church anymore, so I’m not a religious Mennonite. But culturally I’m certainly a secular Mennonite. A lot of my writing has been a kind of…indictment…maybe too strong a word, maybe not…a critique of the ultra-conservative, fundamental, patriarchal aspects of the Mennonite church. But I always try to make it clear in my writing that I’m not critical of the faith itself, because the Mennonite faith is a beautiful, positive thing. Its pacifism, for instance, and its focus on the community are good things.

“My mother belongs to a Mennonite church here in Toronto. She lives with me, and the church provides so much sustenance and support for her. She’s an elder in her church, which is very unusual. That would never happen in a conservative Mennonite church, obviously. I see how much it means to her, and I have seen that all my life. Her faith is strong, and it was for my father, too, so I respect that and I see it and envy it.”

In the faith I grew up in, they felt that any coverage that wasn’t completely positive was practically hate speech.

“That is also something that runs through the collective Mennonite community. People feel that I am exposing things that shouldn’t be exposed. Mennonites are humans like everybody else, with all of the inherent flaws. And because I am a woman, it’s especially grating to some types of Mennonites who put out the narrative that this is a pure, hard-working, morally upstanding community.

“But then there are also all sorts of Mennonites who have told me that they appreciate that self-criticism—that it comes from a desire for things to be better, for us to be better and for us to be more loving, more tolerant, more inclusive. And less patriarchal and authoritarian.”

People feel that I am exposing things that shouldn’t be exposed.

When did you first become aware of the events that inspired this book?

“There were rumours in the Mennonite community. And because I live with my mother, who actually subscribes to a magazine called Canadian Mennonite, I have a little bit more information than I did before I lived with her. But I heard rumours in 2009. That’s when the first articles started appearing. I was horrified and wanted to know more. But I didn’t write about it then because my sister died in 2010. After that, I basically closed up. I was devastated, and I couldn’t even think about writing. I stopped thinking about the events in Bolivia as well, certainly in terms of writing about them. When I did start writing, I wanted to write about my sister. And that writing became All My Puny Sorrows.”

Because you write from your real life so much, you deal with the Mennonite faith and you talk about suicide. I’m curious if you’ll ever be able to write about those topics enough to sort of exorcise them completely, like, “Oh, now I’ve dealt with it enough.”

“I wish I could say yes. I wish I could believe there would be that point, that kind of finish line that I could cross and say it’s over…that elusive thing called closure, which I don’t even really believe in. I don’t think I’ll ever stop learning in some way, shape or form, whether directly or indirectly, about mental illness, about suicide, about Mennonites and the Mennonite patriarchy, about girls and women who live under that kind of authoritarian rule. Those aspects of the community—and, again, there are beautiful things about it, too—the culture of control and the emphasis on guilt and shame, punishment and silence that have contributed to the high levels of mental illness in the community, including those of my sister and my father. Those aspects will always be of interest to me, and I’ll always be searching for answers or clues. They are always gonna be a part of me, and I don’t think I’ll ever stop writing about those things in some way.”

“I heard rumours in 2009. That’s when the first articles started appearing. I was horrified and wanted to know more.”

I still want to correct people when they get things wrong about my old religion, even though I no longer believe in it. Do you experience this?

“I do. That’s a funny thing, isn’t it? As critical as I am and can be, I’ll correct people who say ‘Well, Mennonites are this’ or ‘Mennonites are that.’ And if I know that that is not true or is a gross stereotype, I will absolutely jump in and correct people. I grew up in a Mennonite community. I had an amazing, wonderful childhood. But when I grew up, I saw how difficult a place like that is for anybody who is ‘other’…even for atheists. There was one guy in my high school who, out of the blue, started telling us that he was an atheist. And we were just horrified. It was like he was telling us that he had just become a serial killer.”

Culture can create a certain degree of confusion about what is actually right and wrong. Where’s that balance of figuring out socialization versus free will?

“That’s the thing, right? The men and the boys who perpetrated the crimes in the book are also victims of that kind of culture—and the control over them as well, and the roles that they’re expected to play, and the entitlement they’re given because of the patriarchy to abuse these women who are there to serve them. But, yeah, there’s an innocence there, too, and an inevitability.”

“The men and the boys who perpetrated the crimes in the book are also victims of that kind of culture—and the control over them as well, and the roles that they’re expected to play, and the entitlement they’re given.”

Recently, there has been a rediscovery of The Handmaid’s Tale, which has some themes that are similar to those in Women Talking. I wonder if this will be easier to dismiss because it actually happened and continues to happen. Like, “Oh well, that’s just the Mennonites in their closed community. That doesn’t actually happen to women generally.” Whereas a sci-fi dystopia seems to imply it could happen to anyone.

“Right, right—it’s coming. It’s happening. Look to various places in the world. This is where we’re headed. There will be those who make assumptions: ‘Well, these are insane cult weirdo freaks. It only happens out there in the middle of nowhere.’ Like it’s almost not real. And because there’s that sort of attitude, it completely dehumanizes these people. But hopefully people will understand that this can happen if the conditions are right.”

photography by Carol Loewen 2014
Get the best of FASHION in your inbox Thanks for signing up!
The latest fashion, beauty and celeb news delivered right to your email #FASHIONforall Now, check your inbox to complete your subscription
We won’t ever use your email address for anything else
Want even more FASHION? Follow us on social media.