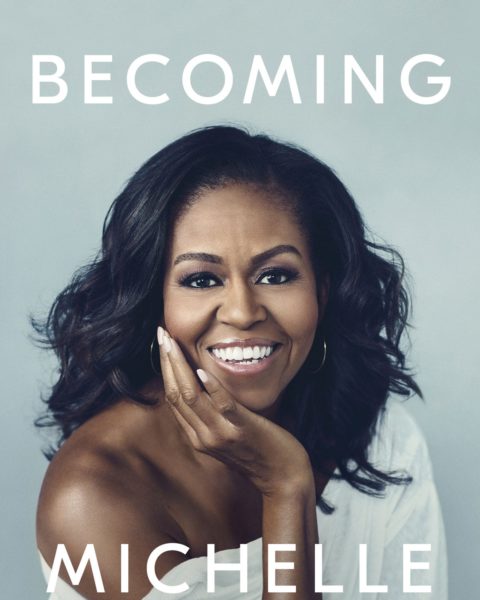 A Peek Into Michelle Obama’s Memoir, Becoming, Which Releases Tuesday

Former First Lady and forever role model Michelle Obama’s book Becoming releases next week, and it couldn’t be a better time for the reflections of a thoughtful, graceful and powerful woman to be out there in the world. The Washington Post obtained an advance copy of the “revealing new memoir” and shared some insights into what Obama covered in the 426-page book, which is divided into three sections: Becoming Me, about her childhood and young adulthood; Becoming Us, about her marriage to Barack Obama; and Becoming More, about their lives in the spotlight as two of the most important political figures of our lifetime.

“I was very surprised, pleasantly surprised, by the level of candour and the level at which she opened herself up,” said Shonda Rhimes, who also received an advance copy of the book. “I love the honesty and the humour and the beauty with which she addressed the romance of her marriage and the tribulations of her marriage and motherhood, and all of those things that we as women all can relate to.”

The first copies of my book have arrived! It’s a little surreal to hold the finished product in my hands. November 13th is almost here—pre-order your copy today at the link in my bio. #IAmBecoming

Read on for excerpts of some of the topics she touches on in the memoir, which the Washington Post writer Krissah Thompson says will allow readers to “come away with fresh understanding of how she sees the world and the people and experiences that shaped her.”

On Donald Trump
“The whole [birther] thing was crazy and mean-spirited, of course, its underlying bigotry and xenophobia hardly concealed. But it was also dangerous, deliberately meant to stir up the wingnuts and kooks,” she writes. “What if someone with an unstable mind loaded a gun and drove to Washington? What if that person went looking for our girls? Donald Trump, with his loud and reckless innuendos, was putting my family’s safety at risk. And for this I’d never forgive him.”

On Barack Obama
The Becoming Us section “begins with words that have never before been written by a first lady about her man,” says Thompson. “As soon as I allowed myself to feel anything for Barack, the feelings came rushing — a toppling blast of lust, gratitude, fulfillment, wonder,” writes Obama.

On being labelled an “angry black woman”
“I was female, black and strong, which to certain people… translated only to ‘angry.’ It was another damaging cliche, one that’s been forever used to sweep minority women to the perimeter of every room… I was now starting to actually feel a bit angry, which then made me feel worse, as if I were fulfilling some prophecy laid out for me by the haters.”

Becoming releases November 13 and is available for pre-order now.