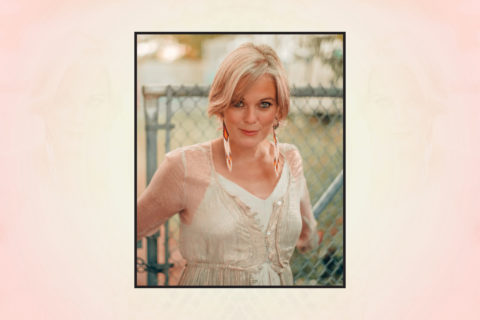 Welcome to My Story, our weekly series championing creatives of colour and their paths to success.

For Michelle Latimer, who used to work at the TIFF box office just so she could get passes to see films during the festival, 2020 has been a full circle moment. This year, the Métis/Algonquin filmmaker premiered two projects at TIFF: a documentary titled Inconvenient Indian, and CBC television series Trickster.

“Growing up, I saw very little of my experience represented accurately on screen, if any at all. That’s part of the reason why I’m doing what I’m doing,” she says over the phone.

Latimer grew up in Thunder Bay, Ont., moving first to Montreal to study theatre at Concordia University, and later to Toronto to pursue a career as an actress. But she quickly began to feel dissatisfied with the stories she was telling, and yearned to find other ways to have an impact. When she saw that the ImagineNative film festival was offering a mentorship program for short films, she decided to throw caution to the wind and make a film of her own.

“It just changed my life,” she says. “I remember a mentor saying to me ‘your community’s underrepresented in the media; you have a voice—don’t underestimate the impact you could have.’”

That was in 2007, and now over a decade later, Michelle Latimer is still going strong. We caught up with her to hear more about Trickster, a supernatural television series based on a bestselling novel by Eden Robinson; her latest documentary Inconvenient Indian, which explores the cultural colonization of Indigenous people in North America; the need for more contemporary Indigenous stories on screen, and more.

You’ve been in the industry for over a decade. How do you think things have changed over time in terms of the kinds of Indigenous stories that are being told?

We have seen a lot more filmmakers come to independent cinema through things like ImagineNative where I got my start, but it’s still hard for those voices to cross over into mainstream cinema or television. Our show Trickster is the first time the CBC has greenlit a show that is adapted from an Indigenous woman’s novel and created by Indigenous people. I think that we are slowly changing [on-screen] representation, but it’s after hundreds of years of misrepresentation, going from the days of the cowboy western films right up through to the horror trope with Indian burial grounds and shaman vision quests and stuff. That kind of misrepresentation is quite harmful to a community. I think Native people are often seen—and accepted—in mainstream media set in the past. So a safe abstraction of a romanticized Native on horseback, let’s say. But we’re rarely seen as contemporary individuals dealing with contemporary struggles in a modern world. And I think it’s really important to see representation like that. Because the fact is we don’t exist in the past, we exist now, and our cultures are adaptive and flexible, and we need to see reflections of that.

You’ve described Trickster as “Indigenous gothic horror.” Can you elaborate on that?

The show is a coming-of-age tale, except the difference is Jared [the main character] is seeing visions that he thinks could be a result of maybe an inherited mental illness that he fears he has from his mother, or that he’s just partying too hard and has to lay off the sauce. But he quickly realizes that the visions are actually a result of a legacy. For me, this is really a metaphor for ideas around assimilation and identity politics. Jared is a young Indigenous man. He’s not particularly politicized even though he’s living in a community where the greatest infrastructure project is a pipeline. He’s just trying to make ends meet, and in some ways he just wants to be “normal” and fly under the radar and fit in. But he realizes that he’ll only be able to move forward positively in life when he accepts who he is and understands where he comes from—he’s not just a homogenized kid, he comes from somewhere really specific. I feel like it’s this beautiful metaphor for issues around assimilation and colonization, and the genre allows an accessible way to lightly tackle some of these deeper issues.

Enjoying the new sounds in the @TricksterCBC premiere tonight?

The show contains elements of magical realism and also draws from Haisla folklore. Can you tell us about that?

I think the specificity of the storytelling is really important. Eden [Robinson] is Haisla-Heiltsuk and Jared is as well. In the Haisla tradition, the trickster stories are usually articulated in the form of a raven. We believe that our stories are in the land. We didn’t write down things in books, our culture is an oral storytelling culture and the land itself holds the stories. Our past is in our stories but so is our future. It’s not a separate thing. In the present our ancestors walk with us, but how we tell our stories and what we share and what we perpetuate will become the future we move into. So with the stories, we’re writing our futures in a way. It’s important to see story as an alive thing, not something that’s stuck in the past, but something that’s adapting and changing based on who the storyteller is and how the listener takes in the story and then furthers it.

You mentioned during a recent virtual panel that since there were people from different Indigenous Nations working on this project, you relied on a document from the Indigenous Screen Office that offers recommendations on how to work across Indigenous communities. Can you tell us more about that?

The Pathways and Protocols document was created by the Indigenous Screen Office with the help of ImagineNative and a few other partners, I believe. It was modelled after a similar document that was used in Australia and outlines how both Indigenous and non-Indigenous people can work in a healthy balanced way with Indigenous communities. What I took away from that is the idea of meaningful consultation and discussion around what the community wants, so it’s not just extractive. We can’t go in and pull out what we want and profit off it. How do we create an infrastructure and partnership within the community so there’s meaningful dialogue? I don’t want to co-opt someone else’s story; I think it’s really important that they’re asked to participate in the storytelling. So how do we do that? I think at the heart of it it’s about being inclusive to that community, to invite them into the process and have them be part of making the story, creating it, crafting it from the ground up.

In your documentary Inconvenient Indian, you show that the current generation of young Indigenous people is focused on reclaiming their identity, and embracing their cultural traditions. Is that something you’ve been seeing a lot in your own social circles?

In the documentary, we show filmmaker Alethea Arnaquq-Baril getting facial tattoos, and I think she really hit the nail on the head when she said there’s intergenerational trauma around reclaiming these cultural practices. It’s because our grandparents were put in residential schools and shamed so badly, and the middle generation was [caught] in the trauma of that, and now our generation is doing these things but it’s hard for them to watch us do those things because they were shamed so badly for it. I’m very excited about the next generation coming up behind me because they don’t really have the same shame or responsibility to their parents in that way. They can just step into it unapologetically and I think that’s the next frontier. I think that’s where we’re headed and that’s really exciting. There’s energy in that.

There are a lot of discussions among creatives of colour where some people say they want to be able to tell the stories of their own people and communities while others say they don’t want to be pigeonholed into telling one type of story. What are your thoughts on that?

I relate to that. I think for any artist who’s developing their voice, it’s really important to write about what you know, and to write or create from your authentic experience. But I think as artists grow and evolve and mature, it’s really important that they’re able to stretch in different directions. When I think of artists who say they don’t want to be pigeonholed, they just don’t want a glass ceiling, they don’t want to be strapped into a box. It’s pretty frustrating when you meet with a broadcaster or someone who has a preconceived idea of what you should be doing as an Indigenous filmmaker. I think that should be left with the artist to decide. Because great creativity comes from curiosity and a willingness to take risks, and I think inevitably that means moving outside of yourself sometimes.

Photograph by Hayden Wolf. Design by Danielle Campbell.
Get the best of FASHION in your inbox Thanks for signing up!
The latest fashion, beauty and celeb news delivered right to your email #FASHIONforall Now, check your inbox to complete your subscription
We won’t ever use your email address for anything else
Want even more FASHION? Follow us on social media.