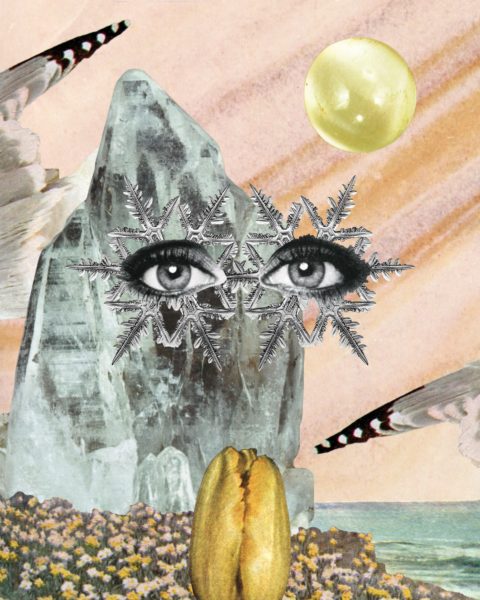 Every month has a mood, a feeling, some combination of memories, moments and nostalgia. You know it—you feel it—even if you’ve never really thought about it. To help encapsulate the moods of the months, we’re asking novelists to take on the calendar and evoke the feelings of each season through fiction, memoir or prose. Here, Eden Robinson, award-winning author of Monkey Beach and the upcoming Trickster Drift, tells us how April plays out on the Canadian west coast. See how other authors have represented your favourite month here.

April is deceptively awash in baby-soft pastels. Sunshine candy-coats this month and its last bitter kick of winter—a hidden chill in the well of trees, sullen rings of hardened grey snow resisting the flourish of spring. Yet the woods yearn for resurrection. Sap surges, and buds swell into tender new leaves, sighing in relief when the breeze sends them shivering free. Tulips sway and daffodils glow above the tired lawns, still crunchy with frost.

Ice rims the shorelines here on the west coast of British Columbia—750 kilometres northwest of Vancouver—and steep granite mountains wear snowy caps above rainforests overrun by slugs of fog. Twisting columns of mist spiral up to a dreary sky spitting sleet. Zaxwilaqus: the Haisla name for this month when the eulachons return. These tiny smeltlike fish were sometimes called our “saviour fish” because they fed our ancestors when their winter larders were empty. The eulachons’ arrival is heralded by the squall of seagulls, a shifting cloud punctuated by the dark notes of crows cawing and ravens croaking. Washed ashore and tilted askew, the massive Gordian knot of old tree stumps are decorated with potbellied bald eagles who spread their wet wings as they digest their feast, too full to fly. Seals and sea lions churn through the water, stalked by killer whales slicing the surface neatly with their tall, black dorsal fins.

April is also the month of wamuxa, the day when Old Man Winter shakes out his cloak and packs to go home. The morning is breathless, the stillness only broken with snowflakes as large as baseballs, cold puffs that dissolve in your hands like wet cotton candy. Airy drifts of snow outline trees like royal icing on cookies. The mountains disappear, and the ocean hisses as the snow falls. Then the wind shifts, a warm, gentle southern breeze that breaks the clouds. Sun and sky appear primary yellow and blue. The new snow melts like a fast-forwarded nature movie, tree limbs bouncing as their loads fall in creaking thumps, roofs streaming runoff.

Salmonberry bushes sprout bright green leaves. Within days, their pink nubs open to reveal five hot pink petals, the nectar cinnamon hot and sweet, attracting the first bumblebees that wobble in clumsy glee. Further south, in Victoria, cherry trees have finished their thick clouds of pink blossoms, but rain still rules, chilly and unpredictable. Under the gloom, rhododendrons riot and buds explode in the parks and gardens. Camas lilies spread like a purple carpet all the way to the shore where the Lekwungen First Nations people used to harvest the flower’s edible bulbs.

While most of Canada is still digging out from under piles of snow, here the end of April hints at summer: women in swinging skirts, flashes of leg in among the boots and parkas. The lengthening days brighten. The air warms. The patios on the street cafés shake out their awnings and dust off their tables. Sit under the patio heaters, defiant in denim, shedding the wools for froth, shoulders playing peekaboo while the city hustles, oblivious to the thaw.

Photography by Alexis Anne Mackenzie
Get the best of FASHION in your inbox Thanks for signing up!
You’ll get the latest fashion, beauty and celeb news delivered right to your email Now, check your inbox to complete your subscription
We won’t ever use your email address for anything else
Want even more FASHION? Follow us on social media.