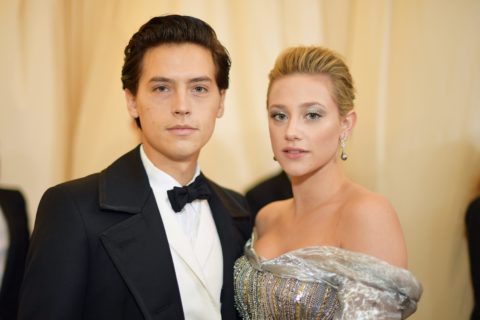 Photography via Matt Winkelmeyer/Getty Images for The Met Museum
Celebrity

4 Couples That Made Their Met Gala Debut…& 4 We Are Still Waiting For!

It’s official, the Met Gala is now the place for rumoured celebrity couples to make their red carpet debut. There was a whopping four rumoured couples to come out of hiding at last night’s events. We, however, were left wanting oh so much more. With the constant plethora of celeb dating rumours, some of this year’s gala attendees still left us hanging. Here are the four couples who made their debut and four that we are still (patiently) waiting for.

The model and singer have been giving us the “good friends” excuse since late 2017, when the pair was caught cuddling up in Toronto. The rumour fire was fed by continuous proof of the pair being an item between multiple incidents of them acting all cute and in love. The pair was all-but-confirmed last month when Shawn posted a photo of the pair on Instagram that gained 3.6 million likes. While this debut was absolutely adorable, we can’t say that it was all that shocking.

Ah, more young love. The on-screen couple finally confirmed their off-screen romance last night on the steps of the MET. The co-stars play the fan favourite Bughead on the CW’s Riverdale, so speculation of a real-life pairing is only natural. Once the couple was caught kissing in Paris and vacationing in Mexico, it became hard to deny the couple’s chemistry was more than just an act.

Mr. Tesla himself has found love in Canadian singer Grimes (real name Claire Boucher). According to an exclusive by The New York Times Page Six, the pair has been “quietly” dating for the past month. Apparently, Musk went on Twitter to make a joke about AI only to found out that Grimes had tweeted that same joke. DMs ensued. Hey, every pot has a lid.

The American Idol alumni and music legend made it Met Ball official almost a year after the tabloids first linked them together. When the pair was caught kissing in December of 2017, it became apparent that these were more than just rumours.

Okay, what is going on here?!? For the longest time it seemed that the pair were dating but in a recent interview Rihanna claimed that they aren’t even friends? We need answers. While Rihanna killed it as co-chair of this year’s gala and continues to be the reigning queen of the Met, Drake’s night was nowhere near as successful. The unofficial assistant coach to the Toronto Raptor’s was in Cleveland for game four of the series, which the Raptors lost. Now that they’re out of the playoffs and Rihanna is done with the Met, maybe there’s time for the pair to rekindle their friendship/romance?

Sylvia gained the Internet’s attention after she successfully slid into the actor’s DMs on Instagram when she found out that he was filming at her university. The 21-year-old student offered to buy Jordan a smoothie, but the actor said that there was no need and that she could get a pic. After her story gained more attention the internet applauded her, coining the term “Pulling a Sylvia.” It’s undeniable how good the pair look together, and now everyone is rooting for the pair to become official.

Jordan was at the Met last night, Wilson was unfortunately not present. Hopefully this pair gets together soon to become the most inspirational love story of the 21st-century.

I would be NOTHING without my team and the people that support me and make my dreams come alive. Yes team!!!! Thank you for being continually creative, inspiring and supportive throughout. There is a lot more magic to come… x

While both were in attendance at last night’s event, the pair did not reveal their heavily-speculated romance. The pair sparked speculation when they were seen holding hands while leaving a club last November. Since then the pair has continually been photographed at events together, with Cara making frequent cameos in Paris’s Instagram and Snapchat. The only place these two haven’t been photographed together? Last night’s gala. Oh well, here’s hoping for Met Gala 2019.

This pair has been linked together as friends-maybe-more since early 2015. The release of Monae’s music video for “Make Me Feel” as well as her 50-minute video (which goes along with her upcoming album) re-sparked these rumours, since the pair play lovers in both. The duo has walked the red carpet before as friends, but since they were both there last night, we were hoping for them to announce that they are the adorable item that they’re destined to be. At least we got both of them in a group pic!

Photography via Matt Winkelmeyer/Getty Images for The Met Museum
Get the best of FASHION in your inbox Thanks for signing up!
The latest fashion, beauty and celeb news delivered right to your email #FASHIONforall Now, check your inbox to complete your subscription
We won’t ever use your email address for anything else
Want even more FASHION? Follow us on social media.