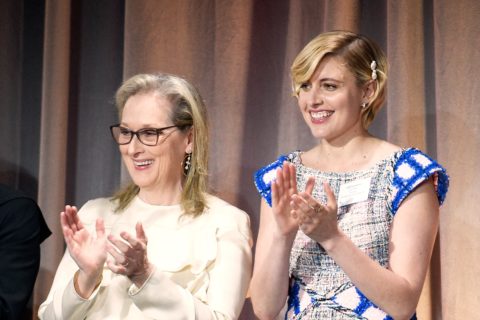 It’s Official: Meryl Streep Is On Board for Greta Gerwig’s Little Women

Who else is excited?!

It was confirmed last week that Oscar-nominated Lady Bird-director Greta Gerwig would be directing a new adaptation of Louisa May Alcott’s classic Little Women, and ever since, rumours have been swirling over which Hollywood stars would take on the iconic roles.

So far, it appears that Emma Stone, Saoirse Ronan and Florence Pugh are in talks for what we assume are the roles of Meg, Jo and Amy, and Timothee Chalamet for—who else—Laurie. Meryl Streep’s name was also bandied about in connection with the project, and today the Los Angeles Times confirmed that the legendary actress will be playing not the matriarch of the family, Marmie, as was previously speculated but Aunt March, the wealthy widow Jo and Amy help take care of in the book.

“Meryl Streep gets to play any part she wants to play,” Robin Swicord, who wrote the 1994 film version of Little Women and will co-produce the Gerwig adaptation alongside Amy Pascal and Denise Di Novi, tells the Times.

Well, of course. That goes without saying.

According to the Times, “Though Aunt March hasn’t enjoyed nearly as much screen time as Marmie in most previous film and television adaptations of Little Women, Swicord says Gerwig’s screenplay focuses more on the sisters’ young adult lives after they leave the family home.”

First published back in 1868 (!) this beloved novel has been adapted dozens of times, in dozens of different ways— six film adaptations, six television remakes, a Broadway musical, an opera, and even a Japanese anime series. The 1994 film starring Susan Sarandon, Wynona Ryder and Claire Danes may be the one we best remember, but it’s probably safe to say that Gerwig’s version is going to be one for the ages.

Photography via Kevork Djansezian/Getty
Get the best of FASHION in your inbox Thanks for signing up!
The latest fashion, beauty and celeb news delivered right to your email #FASHIONforall Now, check your inbox to complete your subscription
We won’t ever use your email address for anything else
Want even more FASHION? Follow us on social media.