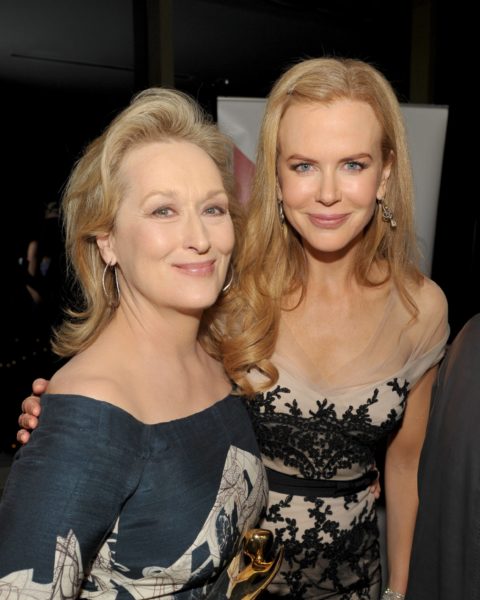 Stop Everything: Meryl Streep Is Joining The Cast of Big Little Lies

THIS IS NOT A DRILL!

With five of Hollywood’s most kick-ass actresses as its leading ladies, it seemed like Big Little Lies had reached peak television star power. Then the Emmy-winning show did something completely unexpected: they cast Meryl Streep in a starring role.

HBO has announced that the three-time Oscar winner (and 21-time Oscar nominee) will be joining the premium cable network’s drama series in season two. Streep will play Mary Louis Wright, the mother to the abusive Perry Wright (Alexander Skarsgard). Which means, you guessed it, SHE WILL PLAY NICOLE KIDMAN’S MOTHER-IN-LAW! Is there anything more we could ask for from our small screens?! (Actually, would it be to much to request Oprah be cast as Monterey’s mayor? We hear the role is open…)

According to Variety Streep will earn $800,000 an episode, which follows news that returning cast members will receive significant pay raises. Sources say that Witherspoon and Kidman will take home $1 million an episode, up from between $250,000 and $350,000 for season one.

The news of Streep’s casting is surprising–and unsurprisingly, we aren’t the only people freaking out. Here are a few of the best fan reactions on Twitter:

MERYL STREEP IN BIG LITTLE LIES SEASON 2 THIS IS NOT A DRILL pic.twitter.com/n5vBFkwC3w

Meryl Streep on Big Little Lies is everything the stay-at-home mom in me could've ever asked for.

Photography by John Shearer/WireImage
Get the best of FASHION in your inbox Thanks for signing up!
The latest fashion, beauty and celeb news delivered right to your email #FASHIONforall Now, check your inbox to complete your subscription
We won’t ever use your email address for anything else
Want even more FASHION? Follow us on social media.