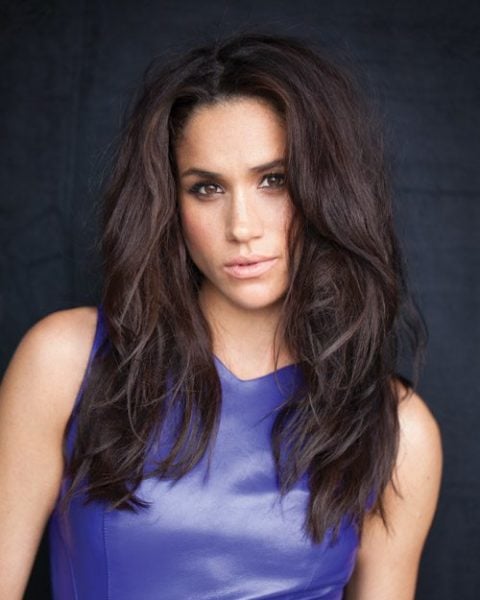 A spate of strong leading ladies has been holding court on television lately, women like Scandal’s Olivia Pope and The Mindy Project’s Mindy Lahiri, who refuse to cheer from the sidelines. While USA Network’s hit legal drama Suits—onto its fourth season—might seem like a boys’ club in comparison, it does its best to reject stereotypical power dynamics, thanks to female characters whose strength often rivals that of their male counterparts.

In fact, many of the women on the show play powerful dealmakers, stealth lawmakers and unapologetic ball breakers. “Beyond the fact that they’re strong women who aren’t just playing a wife, a girlfriend or this pretty little thing, these are all flawed and interesting women who are relatable as much as they are aspirational,” says 32-year-old actress Meghan Markle, who plays one of Suits’ most ambitious characters, a by-the-book paralegal by the name of Rachel Zane.

Unlike in many shows that typecast non-white characters, Markle—who is African-American, English and Irish—is not the token ethnic girl. “In the past, the dream girl would be blonde-haired and blue-eyed. It wouldn’t be me, who’s biracial and freckled,” she says.

Markle is being modest, of course. Head-turning good looks aren’t the only thing she has in common with her character. On the show, she has the smarts to be a lawyer, but is initially too nervous to take the LSATs. Clever and ambitious are also Markle trademarks. She majored in international relations and theatre at Northwestern University before heading to work at the U.S. Embassy in Buenos Aires, Argentina.

The transition into acting wasn’t without its challenges, but Markle’s time as a struggling actress makes for a better anecdote than most of her peers have. Thanks to a talent for beautiful cursive writing, she earned an income as a calligrapher in between cameos on shows like CSI: NY and Fringe. “I could either wait tables or use a skill I had that I could do on my own time,” she says. Markle’s calligraphy led to her addressing envelopes for Robin Thicke and Paula Patton’s wedding and writing Dolce & Gabbana’s holiday correspondence.

Luckily for Markle, her brush with the fashion set wasn’t short-lived. Suits turned out to be a sartorial dream as her character lives in Alexander McQueen pencil skirts, Victoria Beckham LBDs and glossy Louboutins. “Playing Rachel opened me up to this entire world,” she says. “In real life I wear clothes, but for work, I wear art.” She describes her character’s closet as a space anchored by classics and pieces from young designers. “She might have on a Burberry trench coat, but beneath it an Altuzarra dress or a Cushnie et Ochs frock,” she says matter-of-factly.

Markle’s own courtship with fashion brought her to the front row at New York Fashion Week last September, where, at shows like Marchesa and Hervé Léger by Max Azria, she bumped shoulders with the likes of Bill Cunningham and Nicki Minaj.

Apart from fashion, Markle’s focus is on film and food. She recently flew to Budapest and London to star in a movie by director Reg Traviss called Anti-Social, due out in September. “It’s about the undercurrent world in London and this young American model that I play named Kristen, who’s wrapped up in it unknowingly,” she says. Off-screen, Markle’s even found a way to combine her growing culinary interests into a personal project—a Goop-ish lifestyle website entitled The Tig. If all goes according to plan, she might even give reigning lifestyle queen Gwyneth Paltrow a run for her homemade kimchi.

Photography by Gregg Delman
Get the best of FASHION in your inbox Thanks for signing up!
The latest fashion, beauty and celeb news delivered right to your email #FASHIONforall Now, check your inbox to complete your subscription
We won’t ever use your email address for anything else
Want even more FASHION? Follow us on social media.