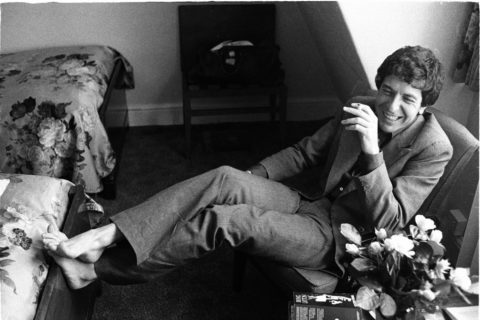 The Surprising Way I Was Introduced to Leonard Cohen’s Music

I wish I could say that I was more cultured as a kid than I was; that I heard Leonard Cohen’s “Hallelujah” after looking through my dad’s record collection or signing out a copy of Various Positions from my local library. In truth, the first album I purchased was Mary-Kate and Ashley’s I am the Cute One (which, for the record, is packed with absolute bangers), and I had next to no interest in folk music until I was in university. Like many kids who grew up in the early 2000s, my first introduction to the ballad was through Shrek.

I was nine years old when I saw Shrek (probably at one of those birthday parties where you rent out a room at the theatre and eat shitty pizza while bored parents stand around waiting for it all to be over). The scene in which “Hallelujah” plays was something I’d seen in movies all the time: Two people in love separated by fate, staring wistfully out of their windows and wondering what they could have done differently. The song, however, didn’t sound anything like the schmaltzy ballads I’d heard before. I was barely old enough to make sense of the words I was hearing (granted they were being sung by John Cale and not Cohen himself). All I knew was that I felt sadder than I’d bargained for after walking into an animated Mike Myers flick.

My parents bought me the Shrek soundtrack a few months later, and I jammed along to it like every other kid my age. In between goofy, dance-in-your-underwear-type songs by Smashmouth and Baha Men, it was hard not to be routinely caught off guard by the opening chords of “Hallelujah.” It’s one of those songs that makes you stop and look up from whatever you’re doing, forcing you to figure out what the hell you’re feeling. It puzzled me.

“It’s one of those songs that makes you stop and look up from whatever you’re doing, forcing you to figure out what the hell you’re feeling.”

Six years later, I was a full-fledged teenager. Partway through an English course, I was given an assignment that was basically a first crack at poetry analysis: We were required to pick any song and do a close reading of its lyrics. So, of course, I chose the song that had taken up space in my head since I’d first sat in that theatre in 2001. I played “Hallelujah” on repeat and nestled up with Cohen’s lyrics. I figured out why I’d always felt uncomfortable listening to the second verse with my parents—there was something about the mixture of allusions to religion and sex that was off-putting and beautiful at the same time. “Love is not a victory march” seemed to go against every love-conquers-all narrative I’d grown up with, but it somehow made the most sense.

For all the angsty and moody songs I listened to at the time (Taking Back Sunday and A Day to Remember were my bread and butter), not one of them meant so many different things or felt so monumental. The more I dug, the more there was to learn. It was an addictive, thrilling process. (OK, full disclosure: part of why I picked “Hallelujah” for that assignment was because I’d just heard Jeff Buckley’s rendition in the Season 1 finale of The O.C. and wanted any excuse to re-watch that scene and steal some outfit ideas from Marissa Cooper.)

The O.C. and Shrek are hardly the only instances of Cohen’s songs onscreen. After seeing Watchmen, one reviewer famously called for a “moratorium on ‘Hallelujah’ in movies and television shows” (in a later interview, Cohen agreed). I know it’s a disservice to Cohen’s work to dwell on just one song, album or lyric, but there’s something about “Hallelujah” that sticks.

For all I know, I could have heard Leonard Cohen’s songs as a toddler. I could have listened to “Dance Me to the End of Love” or “Suzanne” on a cassette tape in my parents’ car. Regardless, that sad, lonely scene in Shrek is my truly my first memory of his music. Tons of ’90s kids probably have the same story as I do. I’m happy to share it. Cohen said, “Poetry is just the evidence of life.” If a movie about a flatulent green ogre and his donkey sidekick, or a teen melodrama about troubled rich kids is what ultimately led me to that kind of poetry, I’m content with that.

Photography by Michael Putland/Getty
Get the best of FASHION in your inbox Thanks for signing up!
The latest fashion, beauty and celeb news delivered right to your email #FASHIONforall Now, check your inbox to complete your subscription
We won’t ever use your email address for anything else
Want even more FASHION? Follow us on social media.