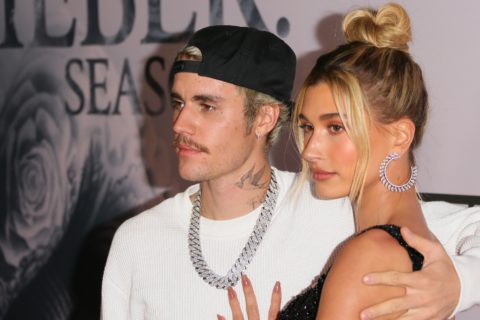 Justin and Hailey Bieber Are Shooting a Reality Show in Quarantine

"We wanted to bring you into our journey a little bit and show you some inside scoops of what we've been doing," says Justin in the first episode.

Last month, we got a peek inside Drake’s Toronto mansion and now, we’re getting an inside look at Justin and Hailey Bieber’s Canadian home, where they’ve elected to spend their time in quarantine, via a self-filmed reality show. Titled The Biebers on Watch, the series features the couple at their home in Puslinch Lake, Ont., and is streaming exclusively on Facebook Watch.

Offering fans an intimate look at their lives in quarantine, the 12-episode show is being filmed by the couple on GoPro cameras, with the first episode dropping on Facebook yesterday. “We wanted to bring you into our journey a little bit and show you some inside scoops of what we’ve been doing,” says Justin in the opening episode.

The two decide to take a boat ride out on the lake by their home, which brings up childhood memories for Justin of fishing with his grandfather. “Would you say that this is one of the most peaceful places that you’ve been?” he asks Hailey, who nods and refers to it as their “sanctuary.”

While out on the boat, they discuss some personal topics, like the “most rewarding thing about being married,” how to deal with heartbreak, and the importance of forgiveness. Future episodes, according to the series synopsis, will feature “intimate conversations and activities with famous friends and family.”

New episodes of Justin and Hailey’s reality show are scheduled to drop on Facebook Watch every Monday, Wednesday and Friday for the next three weeks. The couple will also host an additional Facebook Live session each Friday. Watch the first episode below: