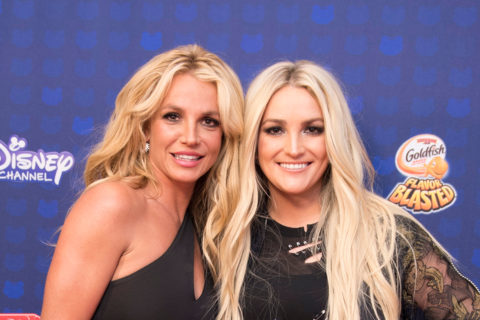 As #FreeBritney continues to dominate social media amid horrifying new details about Britney Spears’s ongoing conservatorship, her sister Jamie Lynn Spears is finally speaking out. The actor, 30, took to Instagram on June 28 to weigh in after Britney’s viral day in court last week where she opened up about the harm the conservatorship has caused her.

“I just want to take a second to address a few things,” Jamie Lynn said in a series of videos on her Instagram Story. “The only reason I hadn’t before is because I felt like until my sister was able to speak for herself and say what she felt she needed to say publicly that it wasn’t my place and it wasn’t the right thing to do. But now that she’s very clearly spoken and said what she needed to say, I feel like I can follow her lead and say what I feeI I need to say. Since the day I was born, I’ve only loved adored and supported my sister. I mean this is my freaking big sister, before any of this bullshit.”

During her June 23 virtual court appearance, 39-year-old Britney Spears described disturbing details of the 13-year conservatorship that gives her father almost total power in her life. According to her statement, she has been overworked without breaks, put on the antidepressant drug lithium against her will and has even been forced to keep in an IUD to prevent pregnancy. She requested an end to the conservatorship and said, “My dad and anyone involved in this conservatorship, including my management, they should be in jail.”

Britney emphasized that while she endured this exploitation under her father’s supervision, her “whole family did nothing.” She said: “My family has lived off my conservatorship for 13 years,” adding that she would like to sue them. The internet has since been taken over by #FreeBritney sentiments, with many people pointing the finger at her younger sister Jamie Lynn, suspecting that she has been complicit and even involved in the alleged abuse. After it was revealed last summer that Jamie Lynn was made the official trustee of Britney’s multi-million dollar fortune, fans have called out the younger Spears for being motivated by the cash. TikTok and Twitter users have accused Jamie Lynn of sending $600 million from Britney’s trust to her business manager, Lou Taylor, after being given control of Britney’s finances (though this has not been confirmed by FASHION).

@tythecrazyguyThis GENUINELY is crazy and made me so upset. @jamielynnspears we’re onto you♬ original sound – TY

Without addressing these claims directly in her Instagram videos, Jamie Lynn seemingly denied any business involvement in Britney’s conservatorship. “I don’t care if she wants to run away to a rainforest and have a zillion babies in the middle of nowhere, or if she wants to come back and dominate the world like she has so many times before. Because I have nothing to gain or lose either way. This situation does not affect me either way because I’m only her sister who’s only concerned about her happiness. I’ve made a very conscious choice in my life to only participate in her life as her sister and an aunt to her boys.”

Though Jamie Lynn has seldom spoken out about her sister’s mental health, the two have supported each other publicly over the years. Britney took Jamie Lynn under her wing when she followed in her older sister’s footsteps by entering the entertainment industry at a young age, and Britney has said she’s always been protective over her younger sibling.

Jamie Lynn has been on the receiving end of internet criticism since Britney’s court appearance, with some fans asking why she hasn’t spoken out about her sister’s dire situation over the years. Along with disabling the comments on her recent Instagram posts, she addressed these accusations in her video.

“Maybe I didn’t support her the way the public would like me to, with a hashtag on a public platform, but I can assure you that I’ve supported my sister long before there was a hashtag, and I’ll support her long after. Know that… Not that I owe the public anything, because my sister knows I love and support her. That’s the only person I owe anything to. I’m not my family; I’m my own person. I’m speaking for myself,” she said.

Some #FreeBritney supporters are saying that Jamie Lynn Spears’s account doesn’t match her sister’s, who called out her “whole family” for being complicit during her court testimony. The social media jury is out on whether Jamie Lynn is at fault — but many seem to believe that she is, at least in part.

JAMIE LYNN… "My sister knows i love and support her"

BRITNEY SPEARS… "My whole family did nothing"

"My family has lived off my conservatorship for 13 years"

"I would honestly like to sue my family, to be totally honest with you" pic.twitter.com/COUV3SSUP4

Jamie Lynn finished her video statement by saying she is proud of her sister for speaking out, and that she has always supported her behind closed doors. “If ending the conservatorship or flying to Mars or whatever the hell else she wants to do to be happy, I support that 100 percent, because I support my sister. I love my sister. Always have, always will. As long as she’s happy. So, let’s keep praying.”