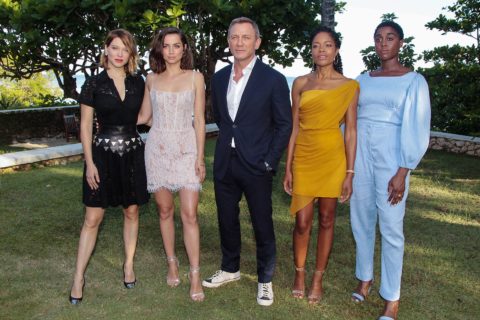 Is the New James Bond a Woman?

If the rumours are to believed, the future of 007 is female.

We already knew the 25th Bond movie was going to be different—after all, it has acclaimed writer Phoebe Waller-Bridge in its corner, whose past credits include Fleabag and Killing Eve. But new reports are hinting that this latest film from the iconic franchise may be even more pivotal than we thought.

According to a “movie insider,” the upcoming film will see Daniel Craig’s Bond passing the 007 torch on to someone new—someone female.

“There is a pivotal scene at the start of the film where M says, “Come in 007”, and in walks Lashana who is black, beautiful and a woman,” the source said. “It’s a popcorn-dropping moment. Bond is still Bond but he’s been replaced as 007.”

The Lashana the source is referring to is Lashana Lynch, who plays Nomi, a new MI6 secret agent, in the upcoming film, Bond 25. The London-born actress’s breakthrough role came with last year’s Captain Marvel, in which she plays the superhero’s best friend, fighter pilot Maria Rambeau.

Earlier this year, Waller-Bridge was asked what place James Bond holds in our current culture, and whether he needs to change as a character.

“There’s been a lot of talk about whether or not Bond is relevant now because of who he is and the way he treats women,” she told Deadline. “I think that’s bollocks. I think he’s absolutely relevant now. [The franchise] has just got to grow. It has just got to evolve, and the important thing is that the film treats the women properly. He doesn’t have to. He needs to be true to his character.”

Waller-Bridge also said she wanted to make sure that the female characters in Bond 25, played by Lynch, Léa Seydoux and Ana de Armas, “felt like real people.”

“I just want  to make sure that when they get those pages through, that Lashana, Léa and Ana open them and go, ‘I can’t wait to do that.’ As an actress, I very rarely had that feeling early in my career. That brings me much pleasure, knowing that I’m giving that to an actress.”

After years of wishlists and dream names being tossed around for Craig’s successor (including Idris Elba and Tom Holland), if Lynch really is the next 007, it’ll be the biggest—and most welcome—twist of them all. Consider us shaken and stirred.