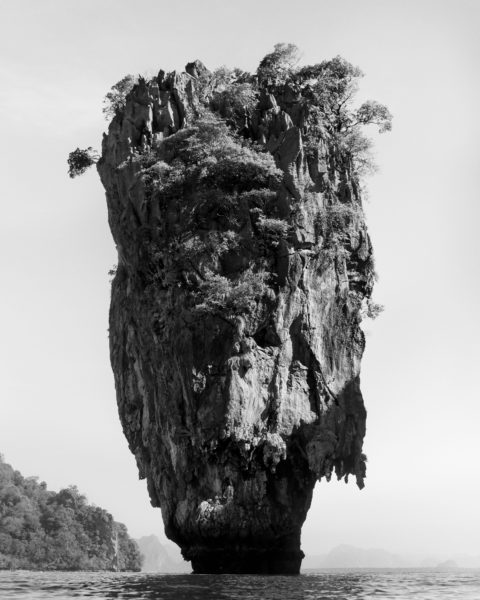 Khao Phing Kan is a pair of islands on the west coast of Thailand, located in Phang Nga Bay, about 45 kilometres from Phuket. The small needle-shaped island is officially called Tapu, but it’s known as James Bond Island because it appeared in 1974’s The Man with the Golden Gun. Before the film’s release, the region was mostly untouched indigenous area, but has since turned into one of the top tourist destinations in Thailand, so get there early to avoid crowds.

While these islands are beautiful, the most cinematic moments happen while you’re on the boat taking in the oddly shaped limestone tower karsts and mountains rising out of the jade-hued Andaman Sea. Below, Shaughnessy is standing in the waters surrounding Khao Phing Kan. James Bond Island is behind her on the left.

Find out more about our travels in Thailand and enter for a chance to win a trip for two to Hong Kong and Thailand valued at $7,500 CAD here.