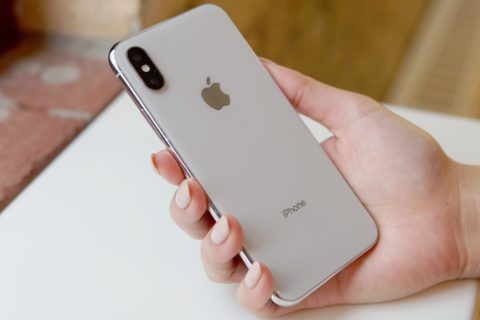 What You Need to Know Before Buying the iPhone X

We all know any Apple launch is an exciting one, but the hype around the brand’s new iPhone X has been massive.

The device, which Apple touts as “the future” of the smartphone, has a completely new design from previous iPhone models (most noticeably a larger screen with an absent home button, but more on that later) and features impressive “futuristic” elements like Face ID and Animojis. It’s also the most expensive iPhone yet, starting at $1,319 for the base model.

Since the announcement of the iPhone X in September, people have been anxiously waiting for consumer and journalist reviews to see if the phone really is worth the hype, and with the release date just days away (Nov. 3, to be exact), the excitement around the iPhone X and its reviews is growing. FASHION was one of the first group of people to get access to the phone before the launch date — first in New York City where blogger Sam Beckerman of Beckerman Blog had the opportunity to learn about the features and a few days before its release back here in Toronto, where I had a chance to experience (and adjust!) to all the phone’s new features and changes (a definite upgrade from my iPhone 6S).

I’ve only been using it for about 15 hours, so there is still a lot to discover, but for my first impressions, read on below the video.

1. Without the home button, you’ll need to relearn all your gestures.

I’ve had the iPhone ever since it first came out, and let me tell you, life without a home button is an adjustment. Full disclaimer though, this is coming from someone who didn’t even really like the iPhone 7 home button, since it wasn’t “clickable” and who was horrified upon learning there would be no home button on the iPhone X.

Having said that, being without the home button isn’t bad at all, it just takes a bit of time to get used to, as does relearning the following:

Waking up your phone: If your “lift to wake” setting is disabled, you’ll have to tap your screen, or your power button to wake your phone up. 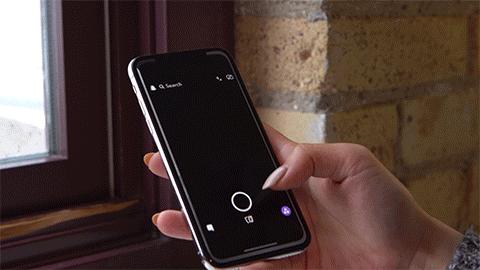 Accessing the control center: Since you’re now accessing your home screen by swiping up from the bottom, you now have to swipe down from the top right corner to access your control center.

Accessing notifications: This remains the same as before — swiping down from the top — just avoid the top right corner, as that will give you the control center.

Switching between apps: To switch between apps, swipe up from the bottom, holding your finger at the bottom centre of the screen for a second or two.

Force quitting an app: To force quit an app, swipe up from the bottom, holding your finger at the centre of the screen for a centre or two so you can see all the open apps. Then press and hold one app until a small “minus” button will appear at the top left corner of each app. From there, you can force quit the app of your choice.

Side note, all of this swiping is kind of a pain if you have sweaty hands, though I had the same issue with Touch ID on my iPhone 6S.

Screengrabbing: To take a screenshot you’ll have to press the volume up button and the power button at the same time. Yes, this is way easier than trying curve your hand in such a way to screenshot (especially if you have an iPhone Plus), BUT it also makes for a lot of accidental screenshots (in my first hour of use of the phone, I took about five screengrabs of my home screen, just by trying to pick up my phone).

Turning off your phone: You no longer just use the power button to turn your phone off… you’ll need to press both the power button and the volume down button until the “Slide to Power Off” feature shows up. Don’t continue to hold it down, however, otherwise the Emergency SOS will activate (and scare the sh*t out of you).

Force reset: This is where things get complicated. To force reset your phone, you’ll need to press the volume up button, then the volume down button, then press and hold the power button until the Apple logo appears.

2. Facial recognition takes trust… but once your iPhone X earns it, you’re bound to fall in love.

Unlocking my phone is way easier with Face ID, but the first few times, I was slightly alarmed that it just opened without me putting in my passcode. I tried with and without glasses, a toque and oversized scarf (because hello, winter is coming) and even my hair up and down, and so far, everything is unlocking seamlessly. Again, slightly alarming. However, I got peace of mind after my friends tried holding up my phone to unlock it with no success.

Your Face ID is also required to get full previews of notifications on your home screen when your phone is locked, which I personally find really, really cool. So if you get a text, instead of showing the actual message, it’ll just say something generic, like “iMessage.” Or if you get a message on Instagram, it’ll simply say “Instagram Notification.” But once the iPhone X scans your face, you’ll see the preview pop up, which will remain there once you put your phone down again. 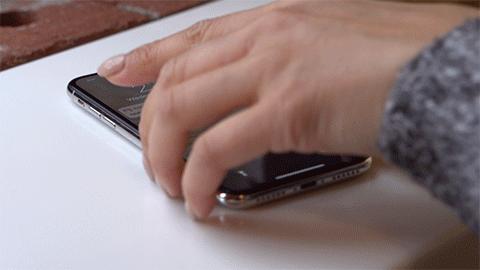 Of course, if you’re not a fan of this new feature, you can change it back to what you’re used to by going to Settings > Notifications > Show Previews. There, switch it from “when unlocked” to “always”.

In terms of setting up Face ID, it’s super easy. A circle will appear around your face and you simply move your face around until a series of lines around that circle turn green. It makes for a great neck exercise, tbh.

3. The screen really is beautiful… but the Apple sensor may be annoying to some.

No home button means a lot more retail space for screen time on your phone. However, the Apple sensor (a.k.a. that slim black rectangle at the top of your phone that houses the front-facing camera, microphone, speaker and more) can sometimes get in the way. I first noticed it when I was adjusting the volume while watching an Instagram story, and realized I couldn’t actually see the whole volume bar up at the top. 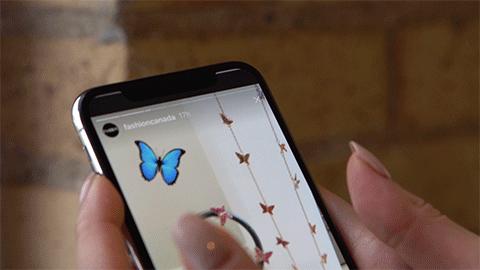 It hasn’t gotten in the way of any landscape videos, however, meaning I will happily catch up on watching Stranger Things 2 on Netflix this weekend on the phone’s beautiful 5.8-inch Super Retina HD display.

4. Animojis are fun, but totally unnecessary.

I’m not gonna lie, when I first saw Animojis in action during Apple’s unveiling of the iPhone X, they freaked me out. Also, being a talking poop emoji just isn’t my cup of tea. But once I tried it out for myself, it was pretty entertaining and fun. However, I don’t find them to be absolutely necessary, it’s kind of just a nice add-on. 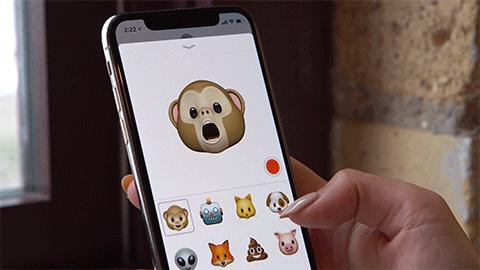 5. Selfie Portrait Mode has the potential to really up your ‘gram game.

I’m the type of girl who way prefers taking selfies (whether in hand, or on a tripod), rather than have someone take my photo (it’s a control issue thing, OK?). So naturally, I was super stoked to try the selfie Portrait Mode on the iPhone X (and Portrait Mode in general, since I didn’t have it on my 6S). The “Stage Light” is admittedly a bit cheesy and made me feel like someone pretending to be a moody artiste, but I was a big fan of the “Natural Light” and “Studio Light” options. As for the contour? I’ll stick to using makeup. 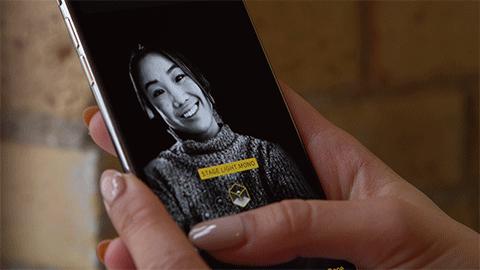 6. Battery life is good… at least so far.

I’m used to my phone running out of battery quickly, but so far, the iPhone X has been good to me. For my first full day of use (including being on Bluetooth all day and filming a live video), I still had 21 per cent battery left. Pretty impressive.

So, should you buy it?

And now the big question… is the iPhone X worth its $1,319 price tag? Well, it depends. If you’re really into having the latest gadget and can afford it, then the answer is a no-brainer (yes). It’s undoubtedly a beautiful phone and obviously highly covetable and though it is expensive, many new smartphones are now upwards of $1,000, like the Google Pixel XL 32GB ($1,049) and the Samsung Galaxy S8 64GB ($1,035). Plus Apple has a pretty great trade-in program which can help with the cost.

However, if you’re a bit strapped for cash, you may want to stick to the iPhone 8 ($929 for 64GB) if you’re looking for an upgrade from your current smartphone.

Personally, I really like the phone, though I do still miss my home button and my earphone jack (again, I was coming from the 6S). However, the screen and camera are what really sell it for me, since I spend a lot of time taking photos and scrolling through images and videos on my phone. Everything else, like Face ID and Animojis, are just an added bonus.

Either way, if you do manage to get one this Friday, consider yourself very lucky… and make sure to treat your iPhone X with a lot of TLC.

Photography by FASHION Canada
Get the best of FASHION in your inbox Thanks for signing up!
The latest fashion, beauty and celeb news delivered right to your email #FASHIONforall Now, check your inbox to complete your subscription
We won’t ever use your email address for anything else
Want even more FASHION? Follow us on social media.