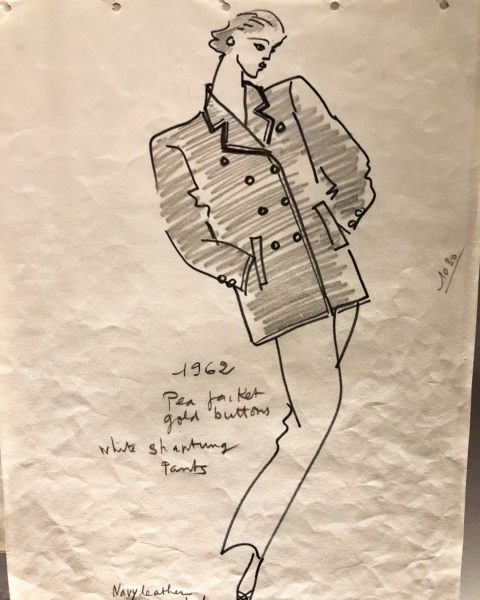 "I will never forget what I owe you, and that one day, I will join you under the Moroccan palm trees."

The YSL Museum opened its doors last week in Paris, but unfortunately the man who launched the project wasn’t there to witness its birth.  Pierre Bergé, Yves Saint Laurent‘s companion and former CEO of the brand  died on September 8th, just a few weeks before he completed his last two endeavours: the Paris museum and the YSL Museum in Marrakech, which opens mid-October.

The Paris museum is located at 5 avenue Marceau in the iconic hôtel where Saint Laurent had his atelier from 1974 until he retired in 2002. It was Bergé’s hope that the museum would honour Yves Saint Laurent’s work for eternity. And that is exactly how the exhibition starts…

Les modes passent, le style est éternal (“Fashions fade, style is eternal”) are the words that greet guests when they first enter. Underneath the designer’s iconic quote, are four of his equally iconic designs that revolutionized the way women dressed: the tuxedo (1966), the safari jacket (1968), the jumpsuit (1968) and the trench-coat (1976 – but first seen in 1962). The inaugural display (that will run until September 9th, 2018) continues with a dozen of looks from YSL’s 1962 first collection and a few thematic sections, including a few designs inspired by his time in Sub-Saharan Africa, Russia, Spain and of course, Morocco.

The opening exhibit also features a few of YSL’s emblematic creations inspired by the artists he most admired from the Mondrian dress to the “Van Gogh sunflowers” jacket. In addition to 50+ couture pieces, there are accessories, films and sketches. Yves Saint Laurent was an exceptionally talented fashion illustrator, even though he never formally learned how to draw). These exquisite drawing are on display for the very first time.

The museum has kept the most emotional moments for the end. In a corner of the last salon on the top floor, you enter Yves Saint Laurent’s personal studio. It is a wide and bright neutral space that contrasts the opulent decor in the other rooms. His simple desk is filled with his favourite objects, precious souvenirs and his drawing pencils. A huge mirror, which fills a large part of the back wall, was used by Saint Laurent to observe his designs come to life during the fittings. In the left-hand corner, archive videos show the designer during those important fittings.

If you visit the YSL Museum, make sure to stop in the small screening room to watch Un aigle à deux têtes, a 15-minute film about the relationship between Bergé and Laurent. With Bergé’s recent passing, the words he wrote to his companion, are all the more touching. 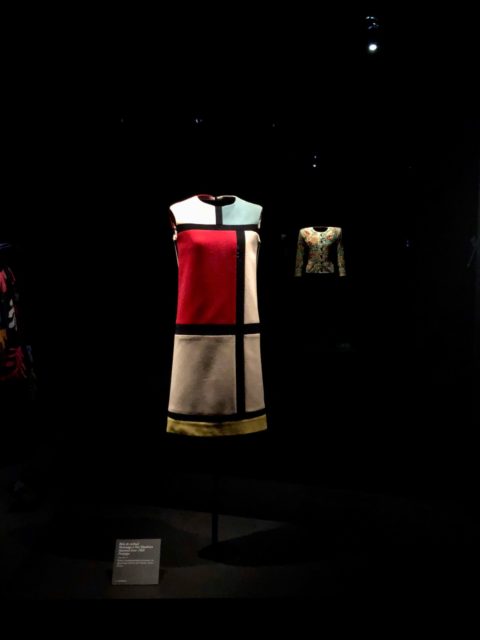 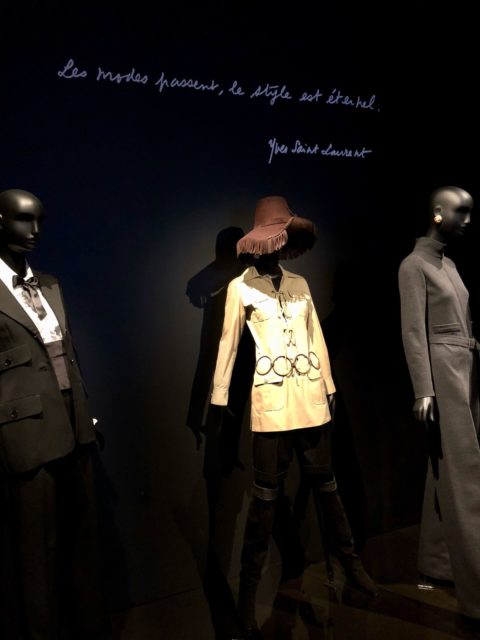 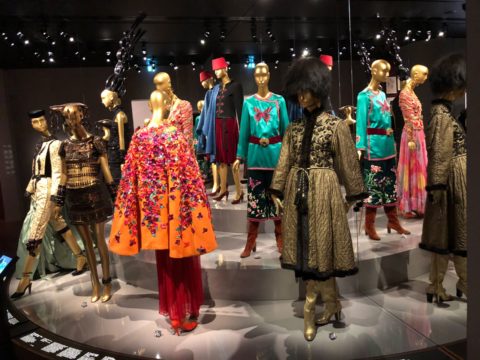 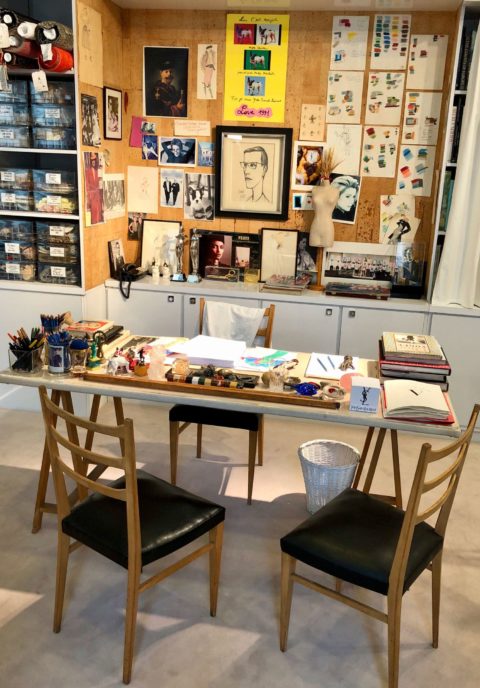 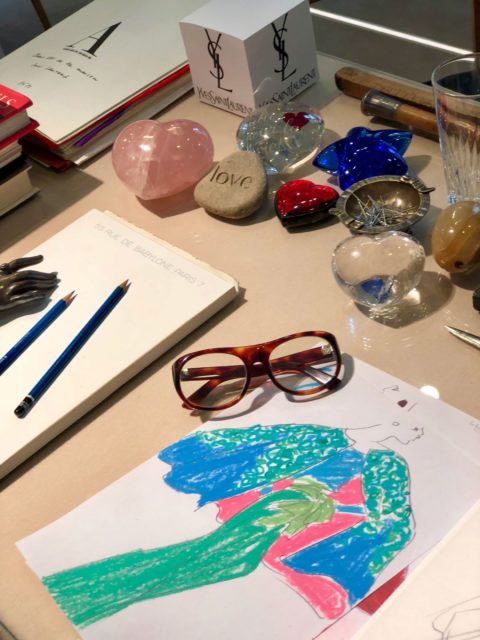