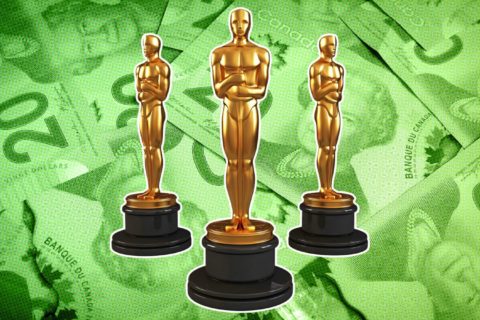 Because you're not going to win just by following your heart.

Long ago, a means was devised by which regular mortals could feel emotionally invested in the fortunes of the rich and talented. It is called The Pool. It where those who cannot participate in professional sports or Hollywood’s awards season come together in a battle of wits and punditry; where one’s powers of prediction are rewarded with marginal amounts of money and the temporary respect of one’s coworkers. There is nothing more important than winning whichever Pool you find yourself in. And this weekend, no doubt, you’ll find yourself in an Oscar one. Here are five things to consider if you want to win, or at least avoid sabotaging, your Oscar Pool.

Unless you happen to be an Academy voter, your opinion about who should win is irrelevant. Save that for your tweets. You’re here to win your Oscar pool, and you’re not going to win it by following your heart. Let it be a lesson in the universe’s ambivalence toward our hopes and desires: the ballots have already been counted.

2. Find Someone You Trust

Maybe you like going to the movies, so you’ve seen all of the Best Picture nominees (except for The Post, obviously). But what about foreign language films? Or Boss Baby? Did you see Boss Baby? It’s an Oscar-nominated film, after all. No, winning your Oscar pool is like winning at capitalism: you need to outsource your work! Find a critic who seems to be as strategic as she is knowledgeable and basically pick whatever she does.

3. But FiveThirtyEight That Shit Just in Case

I mean, you trust your critic, but do your due diligence. Essentially, you don’t want to place your votes on any outliers. If your critic is the only one predicting a Daniel Kaluuya win, sub in another critic’s pick. You don’t have to always pick the most conventional choice, but you at least need to know what the conventional choices are.