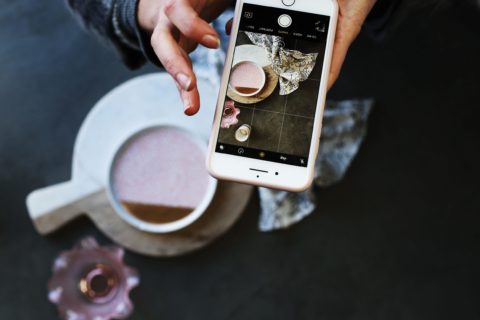 In Atwater Village, on the L.A. River, athleisure is a uniform, not a trend, and, thanks to an influx of young creative types, the coffee shops, trendy boutiques and young families are blooming in the California sun on what was once a flood plain. I’m here making the most of the sunshine, too, while attending the intimate two-day Style Workshop & Retreat with Annette Joseph. We’re 10 women in all, perched on gold bar stools at Light Lab, a 167-square-metre warehouse that has been converted into a studio. Atwater resident Anne Sage is today’s guest instructor for the “Strictly Styling + Social Media Branding” session. Combined, Joseph and Sage have more than 125,000 followers (@annettejosephstyle and @citysage) on Instagram, and with a mosaic of Moroccan rugs and a stylish black-and-white kitchen as our surroundings, Light Lab is certified Instagram porn.

Fittingly, Instagram is our pole star this weekend, and we’re using only our iPhones. Joseph also offers workshops in Italy (more on that later) and warns that, there, a real camera is required. I have a love of photography, but fear has stopped me from learning how to operate a digital single-lens reflex (DSLR) camera. Yet in today’s world, it’s practically a life skill to produce beautiful images on the reg. I know my way around a photo shoot, but I wonder what an expert can teach me about styling. Joseph has worked as an editorial food and prop stylist for 20 years and is the author of Picture Perfect Parties.

“Everything is a photograph,” she tells me. “I see things as a camera would. You end up editing out the noise from the composition.”

Joseph has also worked as an interior designer; she once made over a Nashville loft for Gwyneth Paltrow in 10 days flat. She’s now in the process of renovating a 12th-century fortress in Tuscany, where she lives part-time and will soon begin hosting styling workshops. At 650 square metres, her European home will include six guest rooms for students, a commercial kitchen and terraces overlooking a vineyard. “Tuscany is an accumulation of everything that I’ve done,” she says. “I like to wrap everything up in a bow.”

Over fresh fruit and coffee, Joseph walks us through the basics of image composition and lighting before staging simple still-life frames: Three oranges sit in a copper bowl on a distressed-white backdrop. That the latter two items have been rented from prop houses in L.A. is just another reminder that beautiful pictures rarely happen accidentally. We meticulously move each item in search of the optimal triangular arrangement and play with the camera’s exposure slide. Sage has shown me this seemingly obvious iPhone feature, and it immediately improves my photo output.

Later, we take the time to cook together—a classic tomato soup and grilled-cheese sandwich with a more intricate tarte Tatin—and photograph each step in the process. We try to capture the flour sprinkling onto the dough, but our iPhone cameras aren’t fast enough. “Being a stylist is all about being in the moment,” says Joseph with ease. She is so outgoing (catch her unrestrained Instagram Stories), but she brings a sense of calm and patience to the kitchen.

Later, I return to my hotel—the cool and contemporary Ace Hotel in the United Artists building on Broadway—and stumble upon a, literally, silent disco party. A DJ is standing on a stage and mixing. People wearing high-tech wireless headphones are dancing and singing along to the same song, but I can’t hear the music. As bizarre as the scene looks to an outsider, I see the joy in their faces and realize that they, too, have edited out the noise. I stop for a cocktail at Manuela, a restaurant attached to a gallery in the Arts District, and decide that it’s time to buy a DSLR camera and perhaps a ticket to Italy.