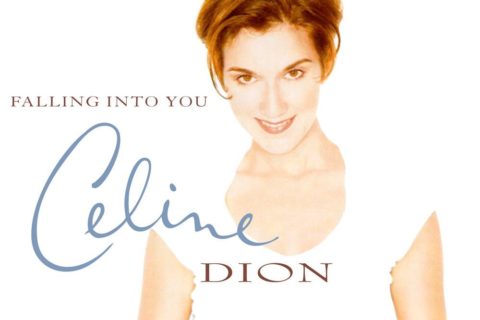 On March 12, 2016, Céline Dion’s Falling Into You turned 20, and as Canadian tradition dictates, we must honour the album that made everything possible.

And I don’t just mean jams like “Because You Loved Me” and “It’s All Coming Back To Me Now,” which catapulted Céline into the upper echelons of the adult contemporary stratosphere. I mean that without this particular album (and Céline Dion in general), pop music as we know it wouldn’t exist. It revamped a genre not particularly in touch with its feelings; it celebrated drama and emotional declarations and octave-spanning vocals none of us could sing along to without sounding like something was terribly wrong with our bodies. It over-romanticized drama and expressed sentiment with urgency, not as an afterthought. And it gave us the theme for Up Close & Personal, which most girls in my sixth grade class used for a class project on pop music. (Even though I personally opted for “Fly,” because I’m a rebellious individual.)

So here’s my proof. My magnum opus. The piece I’ve been waiting two decades to write. Here’s how Drake, Adele, Beyoncé, Taylor Swift, and Lady Gaga would be mere shadows without the majesty of — dramatic pause — Céline.

To start, let’s recognize that few artists have perfected the low key approach to mid-nineties makeup like Adele has, so may we all take a hot second to applaud the matte lips, eyeliner, and tousled layers shared by both the “Hello” singer and Ms. Dion (who set the standard for glamorous normcore by pairing dramatic eyes and lips with faded jeans and crop tops).

But I digress. Without Céline, there’d be no Adele. First, there’s the voice (so powerful). Then the emotions (so many). Also? The bold declarations of “I love you” or “let’s do it” or “I loved doing it with you.” And while Céline’s currency lay less post-breakup discourse and instead articulated the majesty of being in unrealistic levels of love (tbh, I wouldn’t have been upset if Dion had sung a jam about a Thursday night where she and her dude just did work in different rooms), the OTT nature of her music is paralleled by Adele, who’s never been one to shy away from saying exactly what she’s thought or felt.

Also, Céline’s “Seduces Me” is arguably the equivalent of Adele’s “Miss You.”

Drake is the president of emotions. He has many, he’s sharing them with all of us, and he’s feeling feelings all the time and without control. But while he inverts them to blame his ex-partners for their relationship’s failure (“Hotline Bling” is my favourite song about getting salty over somebody’s life continuing after a breakup), his ability to exchange tears and tantrums for bankable lyrics stems from the school of Céline. True, almost every song on Falling Into You is some variation of “I love you,” but that was in 1996. Pre-Tinder, Twitter, Instagram, and Snapchat, it was far easier to function within traditional relationships because you had to like someone enough to use pagers and payphones. Drake is vulnerability, 2016-style — entitlement, over-sharing, and expressing his emotions through dance.

Plus, “Hotline Bling” really is Céline’s cover of “All By Myself,” with just a quicker tempo and less accountability.

Alright, let me have this. For the record, I know Beyoncé is Beyoncé. I know that regardless of who came before her, Beyoncé will always be Beyoncé, and that she is our queen and that whether or not “Falling Into You” existed, she would still have recorded “Drunk In Love” and made us all google “What does surfboarding mean” in an attempt to fit in and/or seem ‘with it.’ (I did not, and I am not.)

But let’s pretend. Let’s pretend she heard “Because You Loved Me” and thought, “Oh this is exactly the type of message I want to convey in “XO,” but a little less targeted to the doctor’s office waiting room.” Let’s pretend she nodded in approval at Céline’s blazer in the video and thought, “Good for her. I will never wear that” and then proceeded to put on her leather jacket and celebrate her marriage through song. Let’s pretend because I need to. I need this. Don’t question me.

One word, friends: earnestness. Because while their albums capitalize on transparency (and Céline made that approach accessible to top 40 listeners), the only thing I can think about when Taylor Swift performs or does anything in a live setting is Céline Dion hitting the Heart of the Ocean so hard at the Oscars that many of us worried it would fly out into the crowd.

And “Dreamin’ Of You” is “Wildest Dreams,” but much more mature because Céline Dion would never say “handsome as hell.”

Oh, that’s right: I’m ending with a bang. No, Céline Dion was never hatched from an egg during a live performance (but she did collaborate with Anne Geddes, so that’s gotta count for something). No, Céline Dion never covered herself in meat (that we know of). But she did leave a spot at the table for experimentation and originality. Lest we forget that circa 1996, Céline Dion was still an original. She was Canadian. Her voice was unapologetically commanding. In 1998, she wore a backwards tuxedo to the Oscars about 15 years before that would’ve been considered reasonable. And while she seems tame to our 2016 ears, may we also recognize that a solo Canadian artist singing shamelessly about sex and her feelings in such an accessible way that our moms didn’t care we owned her entire discography, was a pretty big deal. You know — kind of the way Lady Gaga used pop jams to convey feminist and LGBTQ messages.

And yes, I’d pay cold, hard dollars to hear them duet “Tell Him” like Barbra and Céline, circa 1997.