Charting the history of rebellious fashion in movies, from Grease to The Craft

Today we celebrate the 25th anniversary of Thelma & Louise, a movie about two women who refuse to put up with anybody’s shit.

Which is a movie unique in an industry that’s slow to celebrate female rebellion — especially in response to our sexist society. In fact, Susan Sarandon went on record last week saying she didn’t think the movie would made today (if it hadn’t come to fruition in the early nineties), and that none like it have been made since, which confirms how bleak our current cinematic landscape can seem.

But there are exceptions. Where female characters are present, female characters also rebel, so while we’ve seen our share of trends via rom-coms, coming-of-age stories, and OTT dramas, we’ve also seen rebellion depicted through across all genres — and thanks especially to fashion. Wearing one’s heart on their sleeve is the fastest way to establish the rejection of norms, so with Thelma & Louise as our anchor, here’s how we’ve seen rebellion depicted aesthetically through time. (Dun, dun, dun.) 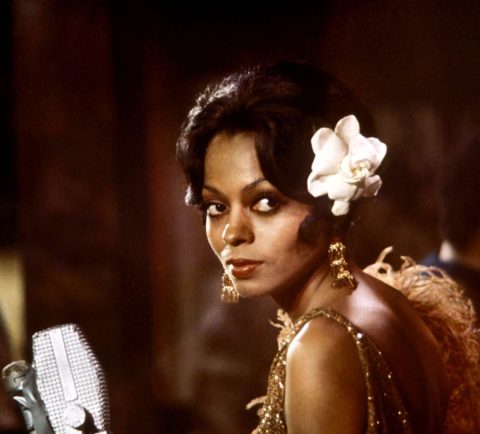 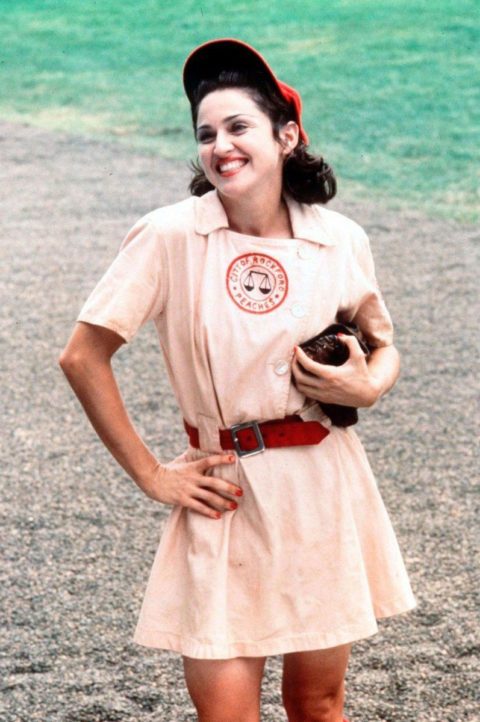 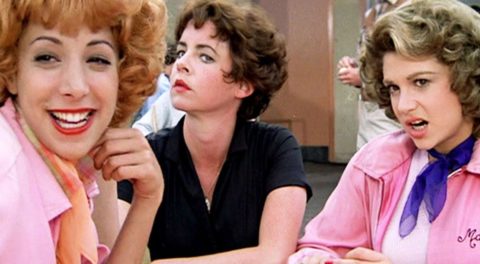 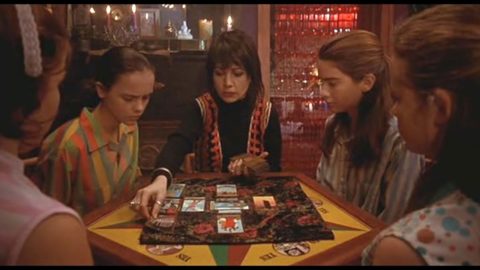 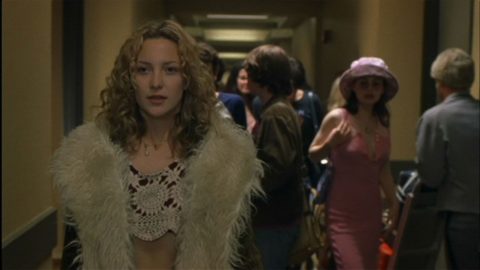 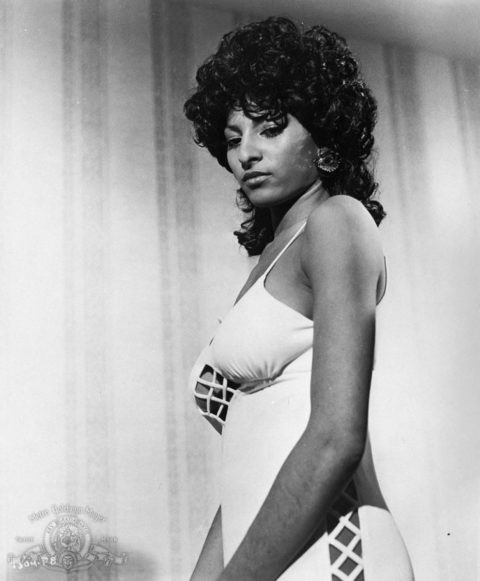 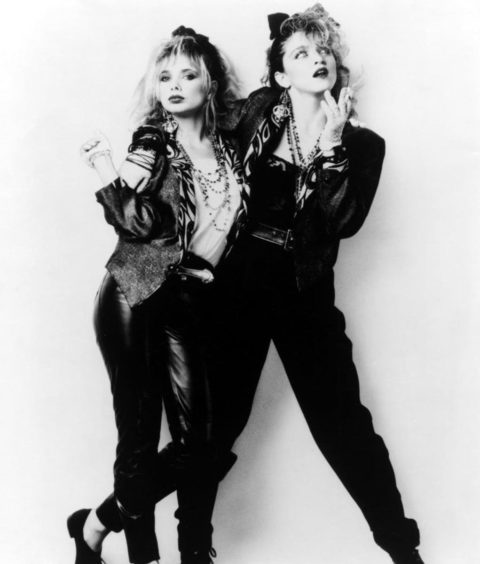 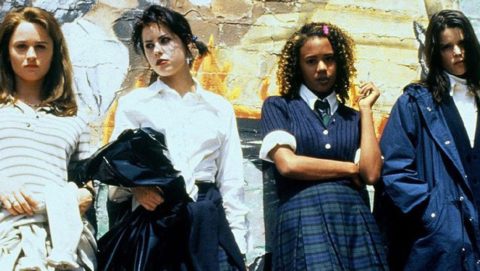 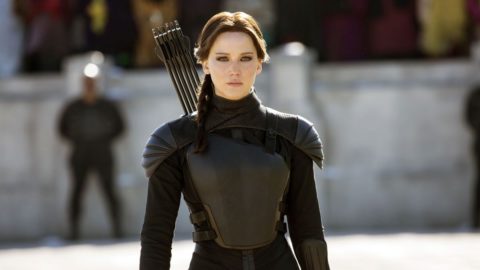 Gaze upon your queen: Diana Ross as Billie Holiday in Lady Sings the Blues, the 1972 biopic about the First Lady of Song. Of course, Holiday was the epitome of rebellion, inserting herself into the male-dominated jazz and blues narrative with her tremendous voice and determination. And while her career didn’t get fully underway until 1929 (when she began performing regularly at nightclubs), we saw her aesthetic evolve as she did, commanding attention alongside a woman who deserved even more.

Plus, there’s movies like The Great Gatsby and Midnight In Paris that see flapper fashion in its prime. But lest we forget that flappers weren’t exactly warmly embraced: condemned for their short skirts, bare arms, and undefined silhouettes, flappers were seen as a moral and ethical threat thanks to their flair for drinking, smoking, dancing, and exhibitionism. (So: fun.)

If A League of Their Own can teach us anything, it’s this: first, that there’s no crying in baseball (duh). Also, that America had a real issue with women in sports, despite the fact women were “allowed” to work men’s jobs during WWII.

So to put on a Rockford Peaches uniform wasn’t just scandalous (“I’m going to have to squat in that thing!”), it was risky. Especially since it put players in a position in which they were dressed relatively traditionally, while doing something that inherently wasn’t. Plus, pants: as seen at tryouts, the first members of the AAGPBL wore traditional uniforms that weren’t just a mini-dress. Meaning that our first glimpses of the gang in their hometowns and in Chicago is a real look into what quiet rebellion circa-WWII also looked like.

Lest we forget: “She looks too pure to be pink.” So, thanks to Rizzo and the Pink Ladies in Grease, we quickly learned that to rebel meant to be Sandy’s opposite. Where Sandy wore cardigans, the Pink Ladies wore pants. Rejecting full A-line skirts and bows, they opted for bomber jackets, all-black, and capris or pencil skirts, accessorizing with cigarettes and sunglasses. (Like Ricki Lake and Traci Lords in Cry-Baby.)

Which is the approach the unified all rebel fashion in the mid-century. So while every ensemble was different, we saw how West Side Story’s Shark Girls and Jet Girls stuck to specific colour codes and silhouettes — especially characters like Anita, whose low cut purple dress (complemented by the Shark Girls’ red and purple pieces) impacted its audience just as much as the woman wearing it. These pieces were meant to be noticed and were meant to be seen. Which is a huge rebellious undertaking in a decade famous for demanding women be the opposite.

Now & Then was a gift in that it gave us many things: quotes many of us still use today, Devon Sawa, and an intro course to what was acceptable aesthetically, circa 1969/1970.

So, where Teeny, Roberts, Chrissy, and Sam towed the line with the era’s bright colours, prints, and denim shorts, characters like Wildine (played to perfection by Janeane Garofalo) reflected the hippie movement and distaste of social norms. (See: not only is she dressed like a hippie, but her hair is toned down and more like Jane Fonda’s than the long waves typically associated with peace and love.) Also: Sam’s mom. Attempting to start over in the wake of her divorce, we see her in mini-dresses and go-go boots (like a London mod) to the horror of her daughter, who wants to see her look the way a mom “should.”

But like Sam should talk because she grows up to be Demi Moore, so there.

To start, Almost Famous is a perfect depiction of a particular sect of rebel-style, especially if you look at Penny Lane and Sapphire and how their pieces oppose the looks of Anita (William’s sister) and mother, who maintain late sixties’ silhouettes, neck and hemlines. That’s because these were the women who grew up predominantly in the suburbs (read Pamela Des Barres’ memoir for more context), fled their traditional upbringing, and then planted themselves in an industry renowned for what was wrong in the world. (“They’re on . . . pot.”) There are no style rules because there were no rules — which is why we see Penny Lane in a fur coat on a summer night, or Sapphire in tights, shorts, and a fur vest.

But on the flip side, Pam Grier in Coffy uses the fashion of seventies-era sex workers to disguise herself during a one-woman quest to bring down the drug trade. (Which is the most Coles Notes version of that movie, ever — just watch it.) So, instead of seeing more relaxed pieces ala Almost Famous, Coffy sees its title character in crop tops, onesies, low-rise bell-bottoms, and bared midriffs. Which is especially powerful when you realize that as a nurse rebelling against a broken system, Coffy’s donning pieces typically reserved for women who are viewed as rebels under a different light — and who are usually ignored entirely because of their work. Which makes hers the ultimate rebellion wardrobe.

Between her turn in Desperately Seeking Susan and the rise of her own music career, Madonna set the stage for rebel style alongside the likes of Cyndi Lauper who mixed and matched traditional bottoms (full A-line skirts) with punk staples (leather jackets and studded accessories). Which made sense only when you think of the rest of the decade: between American Apparel-esque brights and Wall Street-sanctioned designers, to DIY was to reject capitalism. Or, at the very least, to shock anyone nestled comfortably into 9-5 norms.

While we could cite Tai in Clueless as a master of rebellion (girlfriend was all skater in a landscape of the opposite), it’d hardly be the 1990s with a shout-out to The Craft, a movie we’re still citing as the pinnacle of pop (goth) culture, especially as chokers creep back up in The Year Of Our Lord, 2016. So where the nineties were built on clean lines, preppiness, and whatever Christine Taylor’s character represented to the Fab Four, The Craft‘s leads pushed back with all-black, dog collars, dark eyes and lips, and crosses. Which makes sense when you think of music at the time: on one end, bright, shiny pop — and on the other, Courtney Love, Manson, and the grunge bands of yore.

It’s true: none of us are trying to dress like Katniss Everdeen, considering she’s perpetually in futuristic athletic-wear. But The Hunger Games fuelled a huge push-back against the OTT nature of 00s-era fashion. Where the mid-to-late 2000s saw Juicy Couture tracksuits, layers upon layers, and ironic accessorizing, the 2010s delivered the exact opposite through film. In dystopian franchises like The Maze Runner, The Hunger Games, and the Divergent series, we’ve seen what the future has in store: stripped down, streamlined aesthetics — like Yeezy season 3, but with less distressed sleeves.