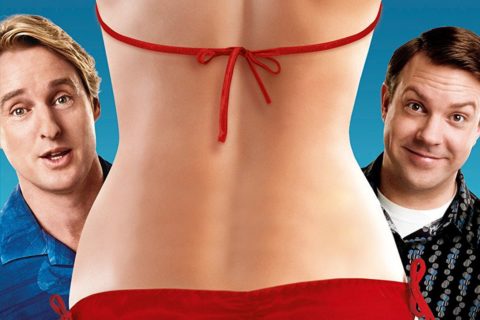 Why Are There So Many Headless Women in Hollywood?

"By decapitating the woman, or fragmenting her body into decontextualized sexual parts, she becomes an unquestionably passive object to the male gaze."

Welcome to the post-Harvey Weinstein era of Hollywood. The reckoning continues, and the conversations of the #MeToo and Time’s Up movements are constantly shifting: from sexual harassment, to power dynamics, to gendered wage inequality, to diverse representation on and behind the screen. Essentially, Hollywood is finally calling out all of the ways men and women are treated differently. Shocking stuff, right?

But not everyone gets it. Maybe, what we really need is a way to illustrate systematic sexism. There are a lot of visual learners out there, and perhaps some people need a thread of pictures to grasp the entertainment industry’s gender problem.

Marcia Belsky’s “Headless Women” project fills the visual gap. Started as Tumblr page, the Headless Women project aims to bring attention to the motif of faceless females on film posters. “The overwhelming presence of these headless women in the images we see,” Belsky writes in the ‘About’ page of her site, “both perpetuate and is symptomatic of the overall idea that women exist primarily for the sexual pleasure and purpose of men.”

The project launched in 2016, but is re-gaining Internet traction with its newfound #MeToo-esque relevance. In a now viral Twitter thread, Belsky re-posted a handpicked selection of the “most impressive” examples of headless women in Hollywood. (And by impressive, we’re pretty sure she means gross.)

Happy anniversary to truly the most impressive example of @HlywoodHeadless I ever found pic.twitter.com/qGDsIR0c8K

Headlessness in Hollywood is a terrifying trope. Sure, sex sells — but in fragmenting female images, we separate a woman’s body from her personhood. Without heads, we have no thoughts, emotions or agency. We are dehumanized. “By decapitating the woman, or fragmenting her body into decontextualized sexual parts,” Belsky writes, “she becomes an unquestionably passive object to the male gaze.”

This isn’t new news, and it isn’t an Old Hollywood problem. In her project, Belsky shares a mix of both classic film posters and modern marketing material, showcasing how common it is for women to be treated like pieces of meat in the movie industry.

Are ? these ? Madonna’s ? legs pic.twitter.com/ROoiXj7SuX

Can’t forget my favorite, where the female spy is left out, Knife Legs is just a butt, but the dog gets its own poster ?

“This is a bond trope.” You’re right, @MyDadLovesMe69! But this is not a parody of the objectification itself. It’s just a repurposing pic.twitter.com/eh48cAGMdz

Recognize any of your favourite actresses? No. Because these “poster props” are anonymous figures. The images tell us that women are valued for their sexual parts, and that their individuality isn’t something to be desired. “It teaches us to strive for an ideal body whose reward, if achieved, is becoming interchangeable,” Belsky tweeted.

Lol remember how much you hated “Chuck” pic.twitter.com/qkP5eNftZ1

Boys will b boys ??? pic.twitter.com/OoqgZOfbaK

If you spot a decapitated woman in the world, make sure to share it with Belsky. Times are changing, but it’s unlikely we’ve seen our last headless body on a billboard. Here’s hoping that the film industry starts treating women like human beings: in meetings, in paycheques, and on posters.