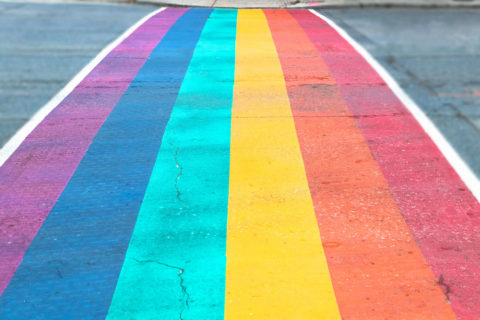 The Friendly Stranger Digital Drag Show will be hosted by Brock McGillis and Brooke Lynn Hytes on June 16.

Friendly Stranger, a cannabis retailer and culture shop in Toronto, has joined forces with Brock McGillis and Brooke Lynn Hytes to host a virtual drag show to raise funds for the city’s Church Street Village community, home to many LGBTQ2S folk and businesses.

Brock McGillis, LGBTQ2IA+ activist and the first openly gay male professional hockey player, and Brooke Lynn Hytes, finalist on RuPaul’s Drag Race Season 11 and judge on Canada’s Drag Race, are set to host the show, which will feature performances from them as well as from 12 of Toronto’s top drag queens.

Viewers are recommended to pay $10 or more via GoFundMe to watch the event on FriendlyStranger.com on June 16 at 8pm EST. Net proceeds will be donated to Glad Day Lit’s Emergency Survival Fund, which directly supports the LGBTQ2IA+ artists, performers and tip wage earners within the Church Street Village community who have been negatively impacted by COVID-19.

@bhytes and I are hosting The Friendly Stranger Digital Drag Event on June 16th at 8pm. Featuring some of Toronto’s finest queens. It will help raise money for out of work artists through the Glad Day Lit Emergency Survival Fund! We are hoping each person can donate $10 or more to help in our goal of raising $10,000. Please donate if you can!

“Community and advocacy have been cornerstones of the Friendly Stranger brand since 1994 when our original cannabis accessory store opened on Toronto’s Queen Street West,” said James Jesty, president of Friendly Stranger Holding Corp, in a statement. “With the recent launch of our flagship cannabis retail store at 501 Church Street we wanted to find a way to give back to the Village community and figured with Pride Month what better way to do that than celebrating one of the aspects [that] makes this neighbourhood so vibrant and unique.”

If you can’t tune in to the Friendly Stranger virtual drag show live on June 16 at 8pm, the show will live on their site for 30 days following the broadcast, to continue the fundraising efforts.