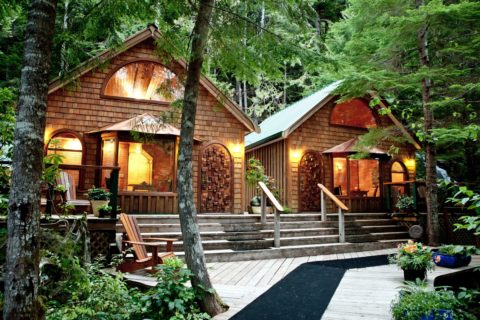 Foraging for food, starting fires from scratch, oh, and hot tubbing in front of a waterfall

To celebrate a store opening there’s typically champagne and canapés, and Filson did just that last week when it revealed its first Canadian store opening in Vancouver’s Gastown neighbourhood. But the American heritage brand’s goods are made to endure the outdoors, and so the next morning, a group of writers and photographers were whisked off into the wild of British Columbia for a 24-hour adventure.

After a charter flight to Port Hardy, on the northeast coast of  Vancouver Island, we board a float plane for Nimmo Bay. Tucked away in the Great Bear Rainforest, the off-grid resort is fly-in/boat-in only. We stay long enough to glimpse the dreamy waterfront cabins where we’ll sleep that night and eat a decadent lunch, then head out again by boat.

Pulling up on an uninhabited shore, we’re guided by Nikki Van Schyndel. A city slicker for the first quarter of her life, she left its comforts to spend 18 months living off the land in this isolated region with her feral cat and relative stranger, which she penned into a book, Becoming Wild. As she walks us through the woods showing us what’s edible and what’s not, she shares stories of being stalked by a cougar and needing to trap bears for food. She starts a fire using a primitive bow and drill and makes us spruce tip tea and grilled dandelions, while extrapolating on the medicinal benefits of both.

From there, we hop on a helicopter to gain a bird’s-eye view, flying over an estuary that acts as a main artery for the area’s wildlife, and a glacier that feeds the waterfall which provides Nimmo with power and drinking water (not to mention a stunning backdrop for its twin hot tubs).

Returning to the resort, we’re treated to halibut tacos and a crab feast before gathering around the fire to hear more about the local First Nations. From nearby Alert Bay,  K’odi Nelson of Seawolf Adventures gives a crash course on the history of his people, the Kwakwaka’wakw—their connection to the land, the struggle to preserve culture amidst colonization—then serenades us with a drum song before we head off to bed.

To milk this magical escape for all it’s worth, I wake up early the next morning to go for a row and soak in the hot tub. Before departing, we meet with Scott Rodgers of Sea to Cedar and hear about the organization’s grizzly and salmon conservation efforts in the region. Between the natural splendour and all the learning, I feel like I’ve lived an episode of CBC’s The Nature of Things. I leave yearning to not only be in the wild more but also ardently protect it. Go figure, what started as a store opening, opened up a whole lot more. 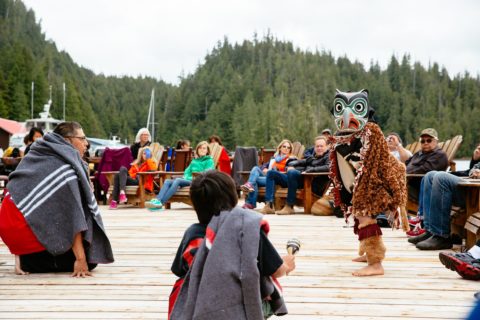 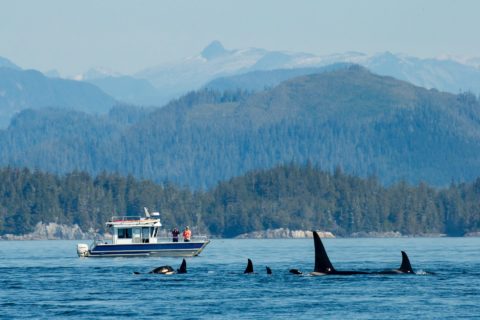 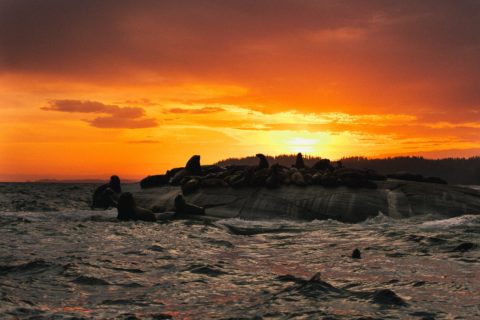 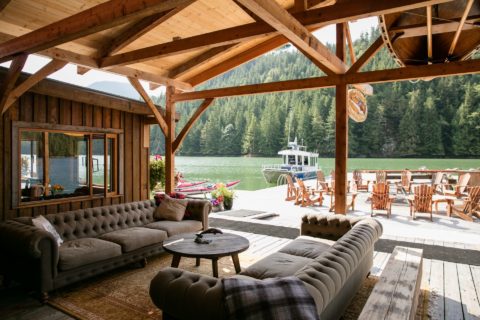 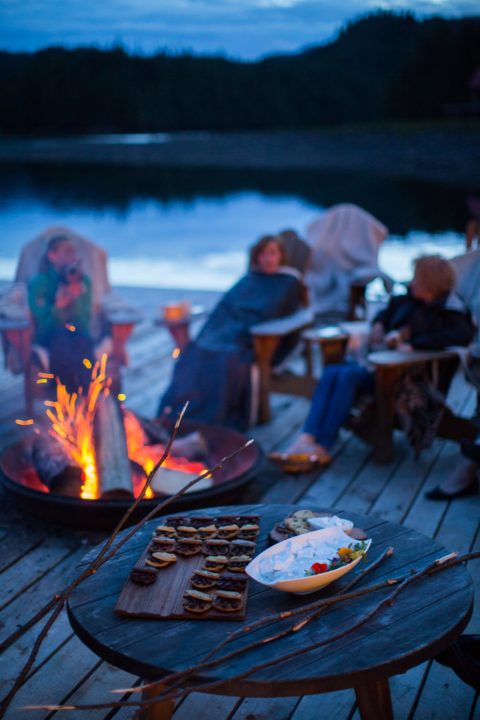