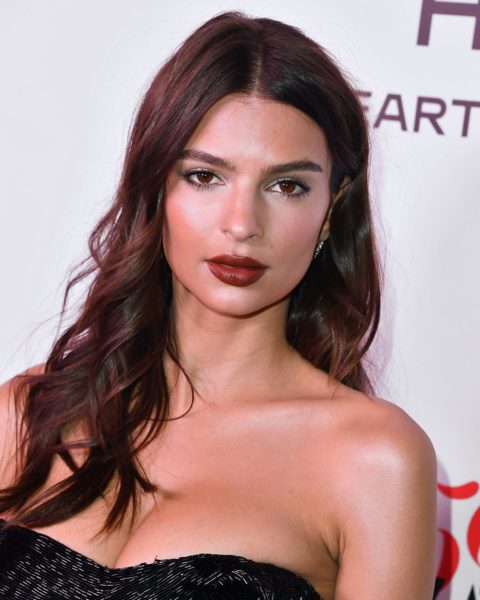 Female Celebrities Who Have Defended Each Other

Emily Ratajkowski‘s latest stand on social media once again proves why she’s the reigning queen of IDGAF . When a journalist turned to her at a New York Fashion Week party and suddenly said “Melania is a hooker”, she was having absolutely none of it. The 25-year-old model was quick to defend the first lady.

Many females in Hollywood are assigned the same fate as Trump. Hate seems to come wherever fame does. Luckily, there’s a roster of other females that refuse to let it happen. From Lady Gaga to Taylor Swift‘s squad, we’ve put together the Hollywood girls who stood by other female celebrities after getting attacked via social media.

After witnessing a journalist call Melania Trump a “hooker” at a fashion week party in New York, the 25-year-old took to social media to stand up for her. Ratajkowski is intolerant of “slut-shaming”, no matter what political views another person has.

what it is: slut shaming. I don't care about her nudes or sexual history and no one should.

Applause to all women around the world who speak up, stand up and support other women! @emrata #PowerOfEveryWoman #PowerOfTheFirstLady

Following the hype of Lady Gaga’s Super Bowl performance also came backlash. Although the singer’s solo show included an array of dancing, singing, jumping and flipping (it was virtually flawless), people took to Twitter to insult her. Amidst the positive responses were Tweets insinuating that she had stolen Pink’s whole acrobatic routine from the 2014 Grammy Awards. Pink was quick to shut everyone down.

There were also nasty Tweets targeting Gaga’s “stomach fat”—we looked, there’s no fat there, only abs. After commenting on the issue herself, Samantha Lim also stepped in.

I heard my body is a topic of conversation so I wanted to say, I'm proud of my body and you should be proud of yours too. No matter who you are or what you do. I could give you a million reasons why you don't need to cater to anyone or anything to succeed. Be you, and be relentlessly you. That's the stuff of champions. thank you so much everyone for supporting me. I love you guys. Xoxo, gaga

People have also been attacking former Vampire Diaries star Nina Dobrev. Rumours have been circulating about a feud between her and Nikki Reed concerning Ian Somerhalder, Dobrev’s former boyfriend and Reed’s current husband. Reed finally put an end to the mishap with this post:

For the last few years we thought addressing any baseless rumors with silence was the best way. Besides, who wants to respond to made up stories about "friends backstabbing friends", "cheating exes", or "cast members exiting shows" on low-brow websites like hollywoodlife that are just perpetuating trends that preceded us. Yuck. I now see that silence was taken as an opportunity to fill in the blanks with even more falsities, and juicer stories, and we, yes WE, believe we have a moral responsibility to young girls to end that narrative, because at the end of all of this, those young girls are the ones who lose. Their passion and endless devotion for a tv show is being taken advantage of, replaced with feelings of anger through divisive techniques, & even worse, their minds are being shaped & molded as their view of themselves, other girls, & what those dynamics should look like are being formed. So here's to putting an end to all those fake stories of on set jealousy, betrayal, made-up-friendships lost & women hating women. Because at the end of the day, that's what this is about: teaching girls that you have to hate other girls only breeds a generation of women who believe you have to hate other women. And that's what these magazines, websites and blogs don't understand. That is the harmful unintended consequence of their bullshit stories and we have a moral responsibility to fix that. Let's turn this page together, as we all walk into the next chapter peacefully. And finally, let's use this as an example of how important it is to stop this trend of writing horrible headlines about women, painting us as bitter, angry, insecure, heartbroken, childless, feuding, backstabbing monsters because whether we want to admit it or not, it changes the way all women view themselves. And shame on these websites for now targeting an even younger demographic, instilling this at an earlier age when girls are even more susceptible, more vulnerable and more malleable. When we write these headlines we teach hate. I've seen it firsthand. Let's shift what we put into the universe starting now, & hopefully we will start to see a shift in the way we treat each other & view ourselves❤

Gaga isn’t the first woman in Hollywood to be body shamed. Following an unclothed selfie Kim Kardashian posted in 2016, the star received heat from tons of people, including other celebrities like Chloe Moretz and Bette Midler. A furious Emily Ratajkowski, along with other celebs, backed up Kardashian.

Love when a man comments on a woman's decision to post a nude photo. Her body, her career. Sexist bullsh*t. @KimKardashian

Girls being nude publicly isn't new:but isn't it nice when they can be the subject of the image, &the portrayer too? pic.twitter.com/7Ac07O8U6l

Meryl Streep was a huge star in the 2017 Golden Globes by taking down Donald Trump in her powerful acceptance speech. In the speech, she spoke about him using his position to bully others, to which Trump quickly responded with, “Meryl Streep, one of the most over-rated actresses in Hollywood, doesn’t know me but attacked last night at the Golden Globes. She is a…..” But no one let him get away with it.

Meryl Streep is actually one of the only people on earth who is neither under or over rated. She's been 100% correctly rated!

Everyone knows that the Taylor Swift squad is elite. After the huge feud between Swift and Kanye West in 2016 regarding a song he wrote mentioning the singer, everything came tumbling down. Taylor responded that she didn’t approve of the lyrics and West disagreed, resulting in a ton of backlash geared toward Swift. Obviously Swift’s squad had to step in.

There are more important things to talk about… Why can't people use their voice for something that fucking matters?

Truth is last thing we need right now is hate, in any form

It's pathetic how quick our culture is to sensationalize a fabricated story..

Girl power is a constant theme here and we can get on board with it!