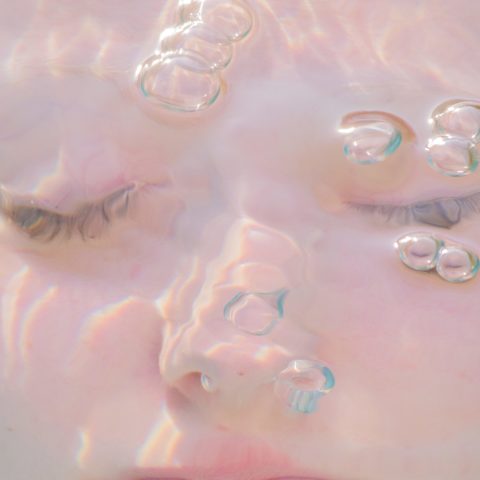 How True Are Your Memories? One Writer Investigates—and Asks if It Really Matters

"Just because they look real when you screen these short movies in the mind’s eye doesn’t mean they are. Perhaps the easiest person to deceive is oneself."

I don’t know how long I’d been crying when my mother hit the brakes of our truck and pulled to the side of a country road. It was late August, and I’d just turned nine. The next month, I’d planned to start Grade 4 with my friends, but now we were on an unfamiliar road, driving north to a new house in a strange city.

The covered truck bed was packed with pets and other breakables: There was Ally, a stray cat we’d rescued from a tree; Goudreau, a dog who looked like a cross between a corgi and a German shepherd; and my rabbit, Twitcher, whose cage was wedged among the picture frames.

The sun had softened the vinyl upholstery, and my bare legs stuck to my seat. The farther down the road we drove, the more hysterical I became, swallowing air the way a drowning swimmer inhales water. I was at a loss: for the home we left behind, for the friends who would continue their lives without me, for the blank terror of a new place. At some point, the tears became so disruptive that it was impossible for my mother to drive any farther.

Even events categorically unpleasant seemed comforting—like the time my father hitched a ride on my toboggan and knocked his head on the frozen ground after I hit a bump and then staggered home to nurse a concussion.

Looking back, I can diagnose this as my first bout of nostalgia. My memories of home became preserved as if in amber. It was the place where we tapped the maple trees for sap to make syrup, where my brother and I skated on a homemade ice rink, where I spent countless Saturdays hiding under my bed reading books, whether or not the sun was shining. Even events categorically unpleasant seemed comforting—like the time my father hitched a ride on my toboggan and knocked his head on the frozen ground after I hit a bump and then staggered home to nurse a concussion.

But something about these stories (let’s call them what they are) seems too smooth, as if time and recollection have polished them to a suspect shine. Could I, under oath (or even around a dinner table with my family, remembering times past), wholeheartedly endorse their accuracy? Is nostalgia merely self-deception, full of tiny lies we tell ourselves to reframe the past or, worse, put ourselves in the best light? Did I really enjoy trudging through the backyard on a cold day checking buckets for sap? Was my father secretly angry when I zoomed down the hill on the toboggan without a thought for how dangerous it might be? And just how hysterical was I during that tear-filled drive? Or, as I suspect, is that memory shaped by what came after: the bullying at my new school, the sense that our family had been better before the move?

Could I, under oath (or even around a dinner table with my family, remembering times past), wholeheartedly endorse their accuracy? Is nostalgia merely self-deception, full of tiny lies we tell ourselves to reframe the past or, worse, put ourselves in the best light?

Memories, of course, are changeable things, subject to the bias of hindsight—we continually reshape the events of the past to suit the emotions of the present. Scientists now know that, like DNA, memories can be contaminated. Multiple tellings alter them. The first time an eyewitness recalls a crime, their recollection may be pure, but grill them before a jury once or twice and the story that emerges can become a blurry facsimile. Likewise, new information and experiences can change what Joan Didion describes as “the stories we tell ourselves in order to live.” For a long time, I’ve had the firm belief that my father went home early the night we were tobogganing to nurse his banged-up head with a glass of whisky and that I had dutifully trundled along soon after because I felt guilty and because I was worried I’d hurt him. (I had, but he would be fine.) Yet my story is full of gaps, like a half-remembered dream. How much of that memory is shaded by the knowledge that my father would go on to have quite a battle with whisky, one he wouldn’t win? And though the memory is clearly nostalgic and even funny (remember that time I kinda hurt Dad?), it is a sad story to put on the page.

Just because they look real when you screen these short movies in the mind’s eye doesn’t mean they are. Perhaps the easiest person to deceive is oneself.

“Memory might well be described as the incessant construction of the past and be seen as just one aspect of our tendency to confabulate,” the late Robert Todd Carroll, an academic and professional skeptic, once warned. Confabulate: a wonderful word, larded with judgment yet almost naughty. One researcher put it another way: “Memory is not a stable phenomenon.” I had hung on to childhood memories as resolute, immutable and, most of all, categorically true. Details seem to lend my memories a certain verisimilitude. But just because they look real when you screen these short movies in the mind’s eye doesn’t mean they are. Perhaps the easiest person to deceive is oneself.

For a long time, nostalgia was considered an affliction, even a mental disorder. Derived from the Greek words nostos (homecoming) and algos (pain), the term was coined in the 17th century to describe a fierce homesickness among soldiers. Back then, those who were considered most susceptible—soldiers far from home, children away from their parents for the first time, young labourers removed from their families—were punished with leeching, bullying or worse. (One military doctor in post-Civil War America proposed public shaming to rid homesick troops of their weak will.)

Yet nostalgia persists, and about 20 years ago, researchers began to wonder if it wasn’t such a bad thing after all. “Nostalgia doesn’t trigger distress; distress triggers nostalgia,” Dr. Clay Routledge, behavioural scientist and author, has said. And though loneliness, loss or big changes, such as a long-distance move, can put people in a wistful frame of mind, reminiscing itself has a surprisingly comforting effect.

“You end up with a stronger feeling of belonging and affiliation, and you become more generous toward others.”

“Nostalgic stories often start badly, with some kind of problem, but then they tend to end well, thanks to help from someone close to you,” Dr. Constantine Sedikides, a social and personality psychology professor at the University of Southampton in England, has said. “So you end up with a stronger feeling of belonging and affiliation, and you become more generous toward others.” That song lyric you loved long ago, that melody you remember, the holiday you took with someone no longer alive… These are the sorts of things that set us fondly wandering down memory lane. The smell of the woods does it for me. It brings back memories of driving at 15 kilometres an hour down the bumpy dirt road to my grandparents’ cottage on the shores of Lake Huron, windows rolled down, our dog poking his head out and his nose twitching madly.

Whether or not such recollections are based on cold, hard fact, nostalgia makes us more empathic and less alienated. It connects us with our family and friends and, perhaps most important, fosters what psychologists call self-continuity. “Nostalgia compensates for uncomfortable states—for example, people with feelings of meaninglessness or a discontinuity between past and present,” Dr. Tim Wildschut, a Dutch researcher who collaborates with Sedikides, told The Guardian when their research on the benefits of nostalgia made headlines in 2014. Far from being a “demonic disorder,” as it was once considered, wistful thinking is good for us.

“Nostalgia compensates for uncomfortable states—for example, people with feelings of meaninglessness or a discontinuity between past and present.”

Wildschut—who long ago left the Netherlands to live in America and then England and knows a thing or two about homesickness—has even prescribed it as a kind of vitamin to “promote emotional equilibrium.” Today, speaking from his office in Southampton, he says, “Nostalgia moves you away from a purely hedonistic view of happiness.” It is proof, he says, that happiness and sadness have their place in a meaningful life. “Even though we’re told we ought to be happy and not sad,” he says, “people are quite good at reconciling both.”

“A lot of research shows that all memory is reconstructed, and the same is undoubtedly true for nostalgia, but whether memory is accurate has little bearing on what I’m interested in,” he says. These days, Wildschut is interested in the neurological foundations of nostalgia, something scientists are hazy on, and whether it’s an emotion that might help people process threatening or traumatic events. He wants to know what the purpose of it is and how it might be harnessed.

“Even though we’re told we ought to be happy and not sad, people are quite good at reconciling both.”

Turns out, it is possible to reconcile the good and the bad, the happy and sad, in one go. So does it matter how truthful I am being when I recount that fated toboggan ride one winter decades ago? The story reminds me of my childhood and how much I love my father and, of course, how much I miss him. But then I summon that memory and he’s here with me somehow. Now, whether that winter night in small-town Ontario unfolded precisely the way I describe it is another question—and one that I’m not convinced matters. “Memory fades, memory adjusts, memory conforms to what we think we remember,” wrote Didion, who once boasted that the kinds of mem­ories that ended up in her notebook were “lies.”

“Memory fades, memory adjusts, memory conforms to what we think we remember.”

Wildschut is right that these little fibs are beside the point. Still, reflecting on some of these stories has made me wonder whether I’ve simply told myself the wrong stories—grafted details and meaning on them that they didn’t have at the time. As an adult, I criss-crossed Canada—Ontario, Quebec, Alberta, Saskatchewan—and then settled in England. Yet, in many ways, that first move, from the small town where I was born, was the most profound. And so I returned to my childhood home one August day not long ago, this time bringing my camera.

I slowed the rental car down as I approached and parked near the curb. The house, though smaller than I remember it—funny how memories make much of our childhood seem larger than life—looked exactly the same: white with blue shutters, a long swath of grass at the front and stone steps leading down to that sprawling backyard where we’d tapped our maple trees. There was another minivan in the driveway, another family there now making their own memories. For some reason, this didn’t make me jealous or sad. Either time had faded the pain of leaving or I was able to recognize my affection for what it was: nostalgia not for the home before me but for the place in my mind’s eye—for my childhood. Call these memories lies, call them confabulations, but that will do nothing to discredit their purpose—or their power.

PHOTOGRAPHY By Michael Donovan/The Licensing Project.com
Get the best of FASHION in your inbox Thanks for signing up!
The latest fashion, beauty and celeb news delivered right to your email #FASHIONforall Now, check your inbox to complete your subscription
We won’t ever use your email address for anything else
Want even more FASHION? Follow us on social media.