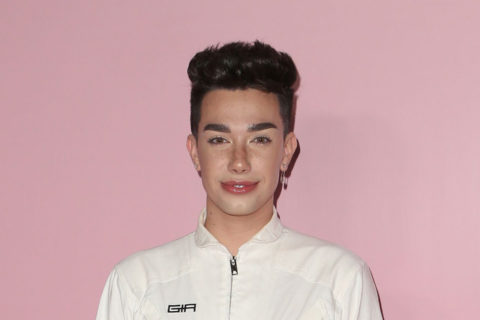 What is the web-o-sphere angry about this week? A handful of laws that threaten female reproductive rights, a YouTuber who’s abusing his influence over others and a television show that faces its final episode. Here’s everything you need to know:

THE STORY: Over this past week, the world has watched as a wave of American states have moved towards stricter abortion laws. Under Roe v. Wade—the landmark 1973 Supreme Court decision that granted all American citizens the right to obtain an abortion—the procedure is still very much legal in all 50 states. The goal of extreme anti-abortion laws passed in states like Georgia, Alabama and Missouri is to be challenged and eventually taken to the Supreme Court, so that Roe v. Wade might be overturned.

I had an abortion when I was young, and it was the best decision I have ever made. Both for me, and for the baby I didn’t want, and wasn’t ready for, emotionally, psychologically and financially. So many children will end up in foster homes. So many lives ruined. So very cruel.

#AlabamaAbortionBan #Alabama #AlabamaSenate #NoUterusNoOpinion #PlannedParenthood #ProChoice I love you Alabama prayers to all women and young girls here are my thoughts: pic.twitter.com/LqmVyV8qsA

one of the major pro-gun arguments:

but like…why does that argument not apply for abortions?

RIGHTEOUSNESS OF THE RAGE: Anti-abortion laws will never stop abortions. They will, however, force pregnant people—especially those from marginalized communities—from receiving abortions safely and free of stigma. Consider this tweet from former first daughter Chelsea Clinton:

Whether or not these laws are put into practice, the fact that they passed at all will likely have a huge effect on attitudes towards abortion. The language used in these bills is extremely dangerous: in Alabama’s bill, for example, abortion is compared to a number of historical genocides. Words like those, particularly when given power through government, can fill women with unnecessary shame and cause them to question their reproductive rights. Not just in America, but globally.

THE STORY: In an explosive 43-minute video, YouTuber Tati Westbrook “exposed” her close friend, James Charles, alleging that he uses his “fame, power and money” to manipulate those around him. The drama saga started during Coachella, when Charles posted an ad for Sugar Bear Hair, a huge competitor of Westbrook’s brand, Halo Beauty.

But Westbrook took her criticism of Charles far beyond personal pettiness, with her most concerning claim being that the former Covergirl ambassador has a history of sexual predation toward straight men. “You know, it’s really disgusting to manipulate someone’s sexuality, especially when they are still emerging into adulthood and don’t have everything quite figured out,” she said. “You are using your fame, your power, your money to play with people’s emotions. You’re threatening to ruin them. You’re threatening to embarrass them. And you’re doing that to have them behave sexually in your favour, even if they’re straight. And you know what? That’s not okay.”

Love watching karma. @jamescharles you deserve this for what you’ve done to @GlamLifeGuru and to all of the young men you feel like you can take advantage of due to your “celebrity” status. Disgrace. pic.twitter.com/XYRI2IvV7u

I think some people are getting the wrong idea from this tweet. The fact is if you KNOW someone is attracted to a certain gender then you should think it’s okay to ‘try and change that’, no matter how much power you think you have. It’s predatory and wrong.

yeah james charles sucks but i hope homophobic people don’t use this situation as an excuse to paint gay people are predators and straight men as victims. reminder that this is about someone using fame and power to manipulate people, has nothing to do with him being gay

RIGHTEOUSNESS OF THE RAGE: James Charles has hugely influenced the blurring of gender lines within the beauty industry. He has, without a doubt, inspired many young men and women to explore makeup and express their true selves. Being a shitty friend shouldn’t change that. Abusing that power over others, however, does.

THE STORY: Season 8, Episode 5 of Game of Thrones disappointed most of the series’ superfans. Viewers felt that the show’s writers, David Benioff and DB Weiss, destroyed seven seasons of careful character building in a single fire-filled episode, and in doing so, they “have proven themselves to be woefully incompetent.” This, at least, is how the people who created a Change.org petition feel. The petition, which demands a complete do-over of the show’s final season “with competent writers,” has now been signed by over one million people.

In S1E1, Jaime Lannister pushes Bran Stark out of a window. This is subtle foreshadowing by David Benioff and Dan Weiss for S8E5, where eight seasons of Jaime's character development are similarly thrown out the window. #GameOfThrones pic.twitter.com/OJjjxBaeY3

what do we say to the god of plot? pic.twitter.com/mWXH2AfEb2

RIGHTEOUSNESS OF THE RAGE: Television is not fan service—but I empathize with this anger. Here’s hoping D&D use the final episode to prove us all wrong.