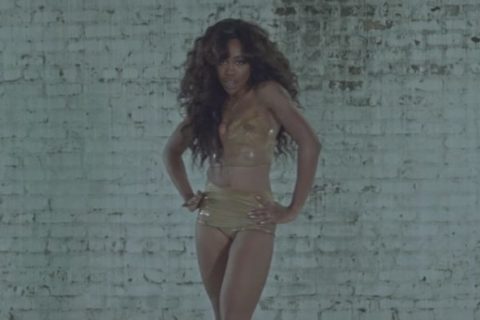 Everything That Upset The Internet This Week

What is the web-o-sphere angry about this week? A fictional death, an IRL monster and a seedy commercial for shoes. If these are the causes you plan on championing over the holidays, here’s everything you need to know.

THE STORY: SZA, the vocalist who took 2017 by storm with her album Ctrl, released the long-awaited visuals for her hit song “The Weekend.” The four-minute music video was directed by non other than Solange Knowles, and it features SZA in a series of dreamy city landscapes.

Us: The Weekend is such a good song it needs a visual

RIGHTEOUSNESS OF THE RAGE: This is a song about low-commitment relationships. Does that storyline come across in the video? Ugh…not really. The imagery is beautiful–but it looks like something we’d expect from Solange, not something we’d expect from SZA. Which is totally okay: we probably don’t get the artistic vision because Solange is a divine being and we are mere humans.

The trailer for Mamma Mia: Here We Go Again, the sequel to the hit ABBA musical, has dropped–causing fans to quickly realize that the main character is, in fact, dead.

I am F U M I N G – please don’t try and come for my soul and kill Donna off in mamma mia 2 unless you want me to go into mourning pic.twitter.com/eYndlXb9z6

i’m gonna have to wait at least 6 months to find out if mamma mia killed off donna or if they’re keeping her lowkey for when the movie is out pic.twitter.com/GK0fkGTDhg

So Mamma Mia 2 DOESN’T include Meryl Streep but DOES include Cher??? I’m upset and excited all at the same time, this is such an overwhelming experience

RIGHTEOUSNESS OF THE RAGE: Let’s be real: Meryl Streep is too busy to star in a money-grabbing sequel. Plus, we now have Cher as Donna’s mother! That has to count for something, right?

So Princess Michael of Kent chose to wear this particular brooch to a Xmas Lunch where Meghan Markle was also present?#Racist: She wore it on purpose! https://t.co/aslW5d821v pic.twitter.com/OYg38KUdwS

Princess Michael wearing that type of brooch was indeed insensitive, out of touch, rude and racist. Nothing new for her though.

A not-so-fun fact is that Princess Michael of Kent's father was an actual Nazi officer. He joined the Nazi party THREE YEARS before Hitler came to power so it's not as if he was pressured. He was just racist filth. https://t.co/d4KoLBmhJQ https://t.co/xh4wh837Qo

RIGHTEOUSNESS OF THE RAGE: It *could* be argued that European renditions of Blackamoor art depict black figures as noblemen, rather than slaves. Does that make if okay for Princess Michael to wear a Blackmoor brooch, on her way to meet Meghan Markle, of all places? NOPE. Could it have been a raciest snipe at Meghan Markle, who has already been slammed in British tabloids for being mixed-raced? YUP. It’s no secret that Blackamoor is racially insensitive in the way it exoticizes and commodifies people of colour–something that the royal family has done for far too long.

Here’s how the royal responded: “The brooch was a gift and has been worn many times before,” a representative for the Princess tells PEOPLE in a statement. “Princess Michael is very sorry and distressed that it has caused offence.” Sorry Princess Michael, you still aren’t cool.

THE STORY: Set in New York City, Jimmy Choo’s “Shimmer in the Dark” commercial has model and actress Cara Delevingne encountering some unwanted comments on her outfit as she struts her way to the nightclub–in a pair of sparkly, Jimmy Choo boots, of course.

Perhaps now is not the best moment to run an ad about how cool and sexy catcalling is? https://t.co/8TK9huRHLL

RIGHTEOUSNESS OF THE RAGE: Catcalling in a form of sexual harassment. These situations–in which women often feel afraid for their safety–should not be glamorized in any shape or form.