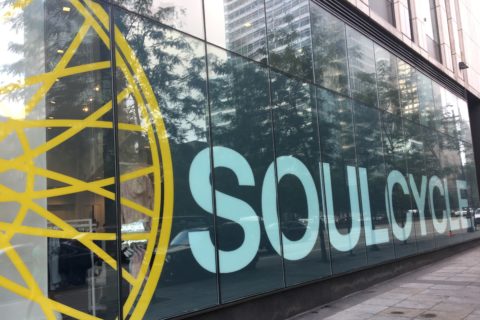 What is the web-o-sphere angry about this week? From a gym empire that’s indirectly involved with President Trump to the end of the Scott & Tessa shipping era, here’s everything you need to know.

THE STORY: Earlier this week it was reported that Stephen Ross, an American billionaire whose investments include Equinox and SoulCycle, would be hosting a fundraiser for President Trump’s re-election. For lunch and a photo opportunity with the president, tickets start at $100,000, while $250,000 gets you a “roundtable discussion.” According to CNBC, this fundraiser has already raised $10 million for the Trump 2020 campaign.

everyone who cancels their equinox and soul cycle memberships, meet me at the library. bring weights

A good friend of mine who works at Equinox in NYC said he lost count after 50 people all cancelled their memberships TODAY.

I quit @Equinox yesterday because of the owner’s decision to host a fundraiser to re-elect the racist in the White House. While I was upset to lose the gym I’ve called home for the past many years and will miss all the incredibly lovely, genuine and extremely hardworking people pic.twitter.com/BEy1Tt1aHN

RIGHTEOUSNESS OF THE RAGE: Some people, like Andy Cohen, have voiced their displeasure with our current “boycott and cancel culture” but the fact of the matter is that consumers hold real power when it comes to how (and where) they spend their money. As movements like #WhoMadeMyClothes and #GrabYourWallet have shown us, voting with our dollars matters—it’s the only way to send a message to big businesses and corporations whose values don’t align with our own. Alleged sexual assaulter Bill O’Reilly was forced out of FOX News because of the power of consumers, who urged advertisers like Mercedez-Benz to pull their ad dollars from the network. If you’re a person who doesn’t support Donald Trump’s xenophobic policies and hateful rhetoric, you shouldn’t support businesses whose profits end up in the pocket of people trying to get him re-elected. Money talks, and maybe this boycott will make other companies think twice about where their investments, even supposedly “passive” ones, are coming from.

YouTuber accidentally shares BTS footage of herself abusing her dog

THE STORY: YouTube star Brooke Houts recently uploaded a video purportedly about “pranking” her dog, a Doberman named Sphinx. It seems she accidentally posted an unedited video instead, which shows her hitting and yelling at the dog. The LAPD has since announced that they’ve launched an investigation into the matter, telling People that, “Our Animal Cruelty Task Force has received numerous complaints about the video and we are currently looking into the matter.” Houts posted a lengthy apology on Twitter saying that that week had been “less-than-exceptional” and that she’s “rarely as upset as what was shown in that footage.” She added, “I want to clarify I am NOT a dog abuser or animal abuser in any way, shape or form… I would never do anything to purposefully physically or mentally harm any animal.”

Me calling PETA after watching Brooke Houts abuse and spit on her dog pic.twitter.com/kfCLz0i4YM

The moment Chuck Norris found out what Brooke Houts did to her dog. ?? pic.twitter.com/Mr5jejcSaN

Hey Brooke Houts, here’s a video of me hitting my dog…. with a jet of water because he loves it and I love him very very much and would never harm him no matter how bad my day/week/year/life goes pic.twitter.com/meQ9uCxhRq

RIGHTEOUSNESS OF THE RAGE: As a lifelong dog owner, it was hard for me to watch this video. All that pets, and dogs in particular, want from their owners is affection and love. To see Houts strike out at her pet, who’s clearly just full of energy and itching to play with her, is uncomfortable to say the least. Despite her defensive statement saying that her actions in the video aren’t emblematic of the way she typically treats her dog, and that she was just having a bad week, it’s hard not to wonder how she treats Sphinx when the cameras are off. The LAPD and other LA animal rights organizations will likely have updates on this soon.

Scott Moir gets engaged—to someone who’s not Tessa Virtue

THE STORY: At an event in Ilderton, Ont. on Wednesday, Olympic skating champions Scott Moir and Tessa Virtue received their plaques from Canada’s Walk of Fame. It was at this event that Moir gave a speech thanking his former skating coach (and aunt): “She’s pretty good at picking partners, I will say that,” he said, adding, “The first one that she gave me is now my fiancée, so that works alright.” The first skating partner he’s referring to is Jackie Mascarin, and naturally once that clip made it to Twitter, Scott and Tessa shippers were distraught.

scott moir being engaged to someone other than tessa virtue is probably one of the most devastating moments in canadian olympic history. there is no joke here. the world is in shambles

Just learned that Scott Moir is engaged, and it isn’t to Tessa Virtue. I guess now Canada won’t get its own Royal Wedding. ?

all canadians when they realize scott moir is engaged to someone other than tessa virtue: pic.twitter.com/KCrCxVPWsK

RIGHTEOUSNESS OF THE RAGE: Sure, Scott and Tessa might have been Canada’s rumoured golden couple for a long while, but there’s a huge chasm between public perception and actual reality that people don’t often see (or want to see). The two had great chemistry and a genuine bond, which many mistook for romance instead of friendship. Now that it’s finally, officially been confirmed that the Olympians aren’t a pair, perhaps the world can shed a tear for the dream they’d dreamed, and focus on reality instead. Tessa certainly is.

Photography via MediaPunch/Shutterstock
Get the best of FASHION in your inbox Thanks for signing up!
The latest fashion, beauty and celeb news delivered right to your email #FASHIONforall Now, check your inbox to complete your subscription
We won’t ever use your email address for anything else
Want even more FASHION? Follow us on social media.