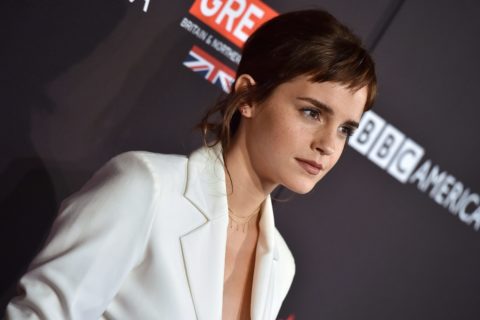 The actress spoke to British Vogue about her newly-coined relationship status.

For weeks after Gwyneth Paltrow and Chris Martin announced their divorce in 2014, all anyone could talk about was their choice of words: “conscious uncoupling.” Now, Emma Watson has entered another term into the relationship status lexicon: self-partnering.

In an interview with British Vogue, whose December cover she appears on, the 29-year-old actress and activist reflected on the pressures and expectations of entering one’s 30s (she turns 30 in April next year). In 2019, Watson launched a helpline for reporting sexual harassment at work, attended the G7 as a member of the Gender Equality Advisory Council, and filmed a Little Women adaptation with Meryl Streep, Laura Dern, Saoirse Ronan and Timothee Chalamet. By any measure, it’s been a heck of a year, but one the actress describes as “tough” because it didn’t stack up to “all these ideas” about what her life was supposed to look like on the cusp of 30.

“Cut to 29, and I’m like, ‘Oh my God, I feel so stressed and anxious,'” she shares. “And I realize it’s because there is suddenly this bloody influx of subliminal messaging around. If you have not built a home, if you do not have a husband, if you do not have a baby, and you are turning 30, and you’re not in some incredibly secure, stable place in your career, or you’re still figuring things out… There’s just this incredible amount of anxiety.”

Watson, who is notoriously private about her personal life, is rumoured to not be in a relationship at the moment. But she seems utterly satisfied with her current relationship status, one that she’s happy to define on her own terms.

“I never believed the whole ‘I’m happy single’ spiel,” she says. “I was like, ‘This is totally spiel.’ It took me a long time, but I’m very happy [being single]. I call it being self-partnered.”

By putting the emphasis on her relationship with herself and recognizing that she doesn’t need to rely on a partner for support or fulfillment, Watson is reclaiming and recalibrating a status most women in their 30s are derided for. And if Twitter is anything to go by, women are here for it.

I personally love that Emma Watson calls being single "self-partnered". We really need to overhaul the way we think about singledom and especially how our culture views single women. I wrote about this a while back: https://t.co/DGxcns6K1a

Someone put "self-partnered" on a shirt and sell it ASAP.

All about being 'self partnered', I'm happy and single. Just because I'm nearing 30 does not mean I need to be married with kids. Thanks for coining this phrase Emma Watson ❤️