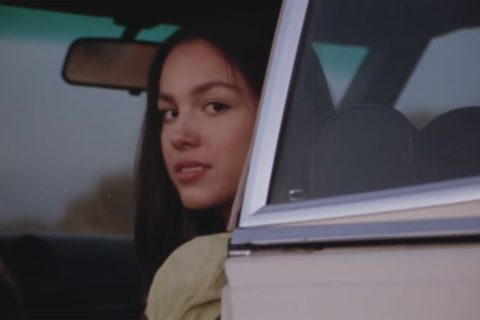 “Drivers License,” The Single That Went Viral on TikTok, is Officially the Biggest Song in the World

You know the one.

If you’ve opened TikTok even once in the last couple of weeks (even just for a minute), then you’ve definitely heard 17-year-old Olivia Rodrigo’s hit single, “Drivers License.” The hard-to-miss track appeared seemingly out of nowhere and is now impossible to avoid. Since launching on January 7th (yes, it’s really only been 12 days) the song has amassed over 46 million views on YouTube and is currently the sound used in over a million (!) TikToks. Even Taylor Swift is a fan.

Rodrigo isn’t completely new to the scene; she’s appeared on Disney Channel’s Bizaardvark in 2016 and Disney+’s High School Musical: The Musical: The Series back in 2019, though this is her first single. Today, “Drivers License” debuted on the Billboard Hot 100 chart at #1, making it the 48th song ever to debut on top of the chart, joining hits like Mariah Carey’s “Fantasy,” Lauryn Hill’s “Doo Wop (That Thing)” and Celine Dion’s “My Heart Will Go On.”

And that’s not the only record the song has broken. Rodrigo’s “Drivers License” has also surpassed Ariana Grande’s “Thank U, Next” for the most streams in a single day for a song by a female artist in US Spotify history. It may only be the third week of 2021, but we’re calling it now: “Drivers License” is the breakup song of the year. If you’ve (somehow) not heard the track yet, do yourself a favour and watch the music video below.