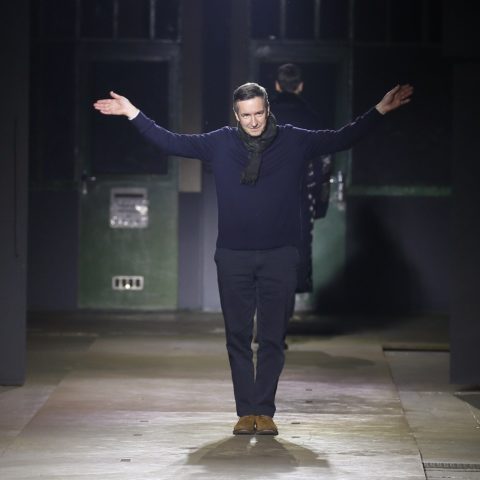 Check Out the Trailer for Dries Van Noten’s Upcoming Documentary

Dries Van Noten, one of the industry’s greatest (and most private) designers, is finally giving us an unprecedented look into his life in the upcoming documentary, Dries.

The doc follows the Belgian designer prepping for his Spring 2015 show; the dreamy collection was inspired by John Everett Millais’s painting, “Ophelia.” The trailer, which dropped earlier this week, includes various clips of Van Noten—part of the famed Antwerp six—hard at work in his studio, as well as some shots of him cutting fresh flowers and petting a fluffy dog.

While no official release date has been divulged, we do know it will be sometime this year. Click below to watch the trailer.

PHOTOGRAPHY BY PATRICK KOVARIK/AFP/GETTY IMAGES
Get the best of FASHION in your inbox Thanks for signing up!
The latest fashion, beauty and celeb news delivered right to your email #FASHIONforall Now, check your inbox to complete your subscription
We won’t ever use your email address for anything else
Want even more FASHION? Follow us on social media.