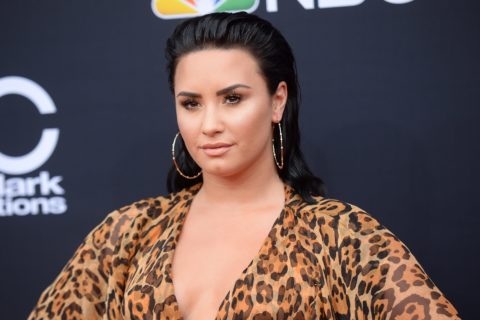 “It’s CELLULIT”, she wrote in the caption

Demi Lovato took to Instagram overnight to post a sizzling photo of her bikini body that’s garnered praise from celebrities and fans worldwide. At present, the post has over 6.5 million likes and it was posted just 12 hours ago.

Looking F-I-E-R-C-E in a two piece, high cut leopard print bikini, Lovato accompanied the picture with a heartfelt caption detailing her journey to loving her own body. She wrote, “This is my biggest fear. A photo of me in a bikini unedited. And guess what, it’s CELLULIT!!! I’m just literally sooo tired of being ashamed of my body, editing it (yes the other bikini pics were edited – and I hate that I did that but that’s the truth) so that others think I’m THEIR idea of what beautiful is, but it’s just not me. This is what I got.”

The Sorry Not Sorry singer, who recently joined the cast of Will & Grace, went on to describe how she has previously denied herself birthday cake in favour of less calorie-filled options as she battled mentally to love herself. “It’s such a great feeling to be back in TV/film while not stressing myself with a strenuous workout schedule before 14 hours days, or depriving myself from a real birthday cake rather than opting for watermelon and whip cream with candles because I was terrified of REAL cake and was miserable on some crazy diet.”

Lovato says the photo was prompted by her new chapter of life, writing that she wants to be “authentic to who I am rather than trying to meet someone else’s standards.” She added that she’s “unashamed, unafraid and proud to own a body that has fought through so much.” Honestly if we could insert 1,000 handclapping emojis in right here, we would.

Comments flooded in from celebrities praising the former Disney star for her openness and self-love. Ashley Graham, whose own stretch mark selfie was recently heralded worldwide, wrote, “Showing us YOU is so incredibly beautiful. Thank you Demi! Love you Mama!” whilst Hailey Bieber wrote, “YES U LOOK INCREDIBLE” interspersed with flame emojis. Bebe Rexha, Rhonda Rousey, Sarah Hyland, Ali Wong, Ruby Rose and more also shared their love for the post.

The singer also revealed that she’s back in the studio “working on an anthem” and is continuing to work on loving herself. “Just so everyone’s clear…I’m not stoked on my appearance BUT I am appreciative of it and sometimes that’s the best I can do. I hope to inspire someone to appreciate their body today too.”

Photo by Broadimage/Shutterstock
Get the best of FASHION in your inbox Thanks for signing up!
The latest fashion, beauty and celeb news delivered right to your email #FASHIONforall Now, check your inbox to complete your subscription
We won’t ever use your email address for anything else
Want even more FASHION? Follow us on social media.