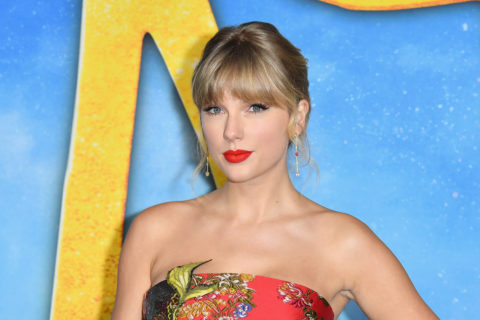 Here's why Taylor Swift, Britney Spears and Lena Dunham made headlines this week.

Musicians are helping out financially-strapped fans during the pandemic
The coronavirus pandemic has proven to be not just a medical and health crisis but also an economic one, with millions across the world losing jobs or incomes as a result of city- or country-wide lockdowns. Celebrities with the means to do so are stepping in to help out some of these financially-challenged people. Taylor Swift, for one, has been donating money to fans who have tweeted about not being able to pay rent and buy essentials during this time. Britney Spears is another musician who has stepped up to offer help, saying in a Twitter video: “Whether it’s with food or I’m getting your child diapers or whatever it is, DM me and I will help you out.”

? | Taylor sent $3,000 to multiple fans who are struggling financially due to #COVID19 pic.twitter.com/dv9nQwrExz

The 2020 Olympics were postponed
The 2020 Summer Olympics, originally scheduled to kick off on July 24 in Tokyo, have been officially postponed to “a date beyond 2020.” According to the International Olympic Committee, the rescheduled games will take place no later than summer 2021, the reason for postponement being “to safeguard the health of the athletes, everybody involved in the Olympic Games and the international community.” Calgary-based Olympic wrestling champion Erica Wiebe is relieved by this decision, telling CBC Sports: “We’ll be more ready than ever in 2021 and wearing the Maple Leaf with more pride than I thought was possible.”

Love is Blind was renewed
Everyone’s favourite new reality show, Love is Blind, has been renewed for two more seasons by Netflix. “It’s been incredible to see Netflix members everywhere respond to the raw, authentic stories of real people and real stakes,” said Brandon Riegg, Netflix’s VP of nonfiction and comedy specials. “We look forward to sparking more joy for our members.” The show’s hosts Nick and Vanessa Lachey are set to return for the second season, which will feature a slate of contestants from Chicago.

Love Is Blind ~and~ The Circle have each been renewed for TWO more seasons! @iamcardib @chancetherapper & @Tip are back to judge Rhythm + Flow Season 2!

Marie Kondo and her team will set out to tidy up a small American town in the new series, Sparking Joy! pic.twitter.com/KoC4PUkhVs

Lena Dunham began releasing a new novel
Author and creator of HBO’s Girls, Lena Dunham has a new novel in the works—and she’s releasing it online one chapter at a time, at Vogue.com. “When I found out this virus was going to keep us in our homes for a significant period, I wondered how exactly we could create community — and for me, storytelling has always been a way to be closer to other people, even (and especially) when I’m feeling alone,” Dunham told Vogue. So she crafted a sort of choose-your-own-adventure romance novel, allowing readers to vote online on where they’d like to see the story go next. You can find the first chapter here.