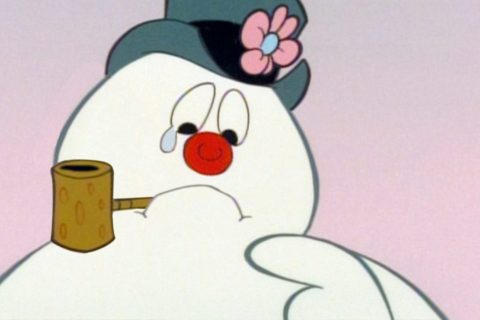 Whether you were one of those insufferable people who started listening to Christmas music the day after Halloween, or one of those equally grating, self-righteous people who complained about them, by now Christmas music is unavoidable. Christmas music, and our relationship to it, is nuanced, complex, and powerful. It’s divisive. It starts out exciting, but by the end of the season it’s maddening. So let’s talk about the most depressing Christmas songs out there.

First, we need to discuss what this list is not, because there are a lot of ways a Christmas song can bring you down. This isn’t a list of bad Christmas songs. “12 Days of Christmas” is by any standard a horrible song, and as such it certainly has the power to make you sad. But the lyrical content, while incredibly stupid, isn’t sad. Children like it—or they like shouting about five golden rings, at least.

Likewise, this list will not include Christmas songs that are intentionally sad. Songs like “Blue Christmas” or, god help us, “Christmas Shoes,” aren’t depressing so much as they are manipulative—especially that damn shoe song. It’s depressing that these songs exist, but that’s about it.

Depressing Christmas songs also can’t be satire. Like, “Grandma Got Run Over by a Reindeer” doesn’t count because it’s supposed to be funny. And as we all know, there are very few things funnier than senior citizens losing their lives in the dead of winter after painfully being trampled by magical livestock. HA.

For a song to be considered truly depressing, it has to have a twist—it needs to seem happy, or hopeful, or at least pretty, while containing some element that ultimately taints that joy, like rain on a wedding day, or a free ride when you’ve already paid.

Technically, it’s more of a song celebrating the occult properties of a felt hat than a Christmas carol. But, since it’d be weird to sing it in January, we’re accepting it. Why is it depressing? Because no matter how you dress it up, Frosty the Snowman dies. He’s a nihilist, looking to fuck with authority and endanger children before the world kills him. It’s not a happy song.

“I’ll Be Home for Christmas”

It’s a touching, nostalgic ode to the pleasures of home, family, and tradition—until the last line puts a lie to the entire song. “If only in my dreams”? So, are you going to be home or not? Seeing as it was written for soldiers in World War II, probably not.