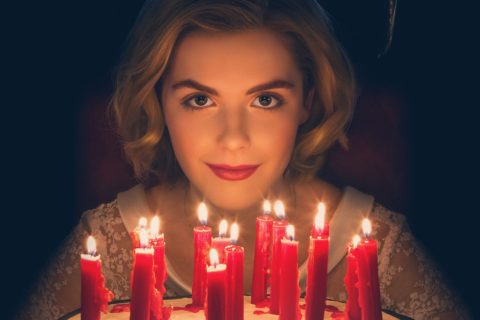 Happy Birthday, Sabrina. Blow out the candles and make a witch. Just be careful what it is you’re wishing for, because the Chilling Adventures of Sabrina looks nothing like the soapy Melissa Joan Hart series you remember from the ’90s.

The reboot has, of course, been rebranded for the millennial binge-watcher: The Chilling Adventures of Sabrina is less family-friendly sitcom, and more “dark coming-of-age story that traffics in horror, the occult and, of course, witchcraft.” Tonally in the vein of Rosemary’s Baby and The Exorcist, this adaptation finds Sabrina wrestling to reconcile her dual nature — half-witch, half-mortal — while standing against the evil forces that threaten her, her family and the daylight world humans inhabit.

Sabrina is heading to Netflix on October 26, with  Mad Men’s Kiernan Shipka as its broom-straddling star. Here’s a look at the series.