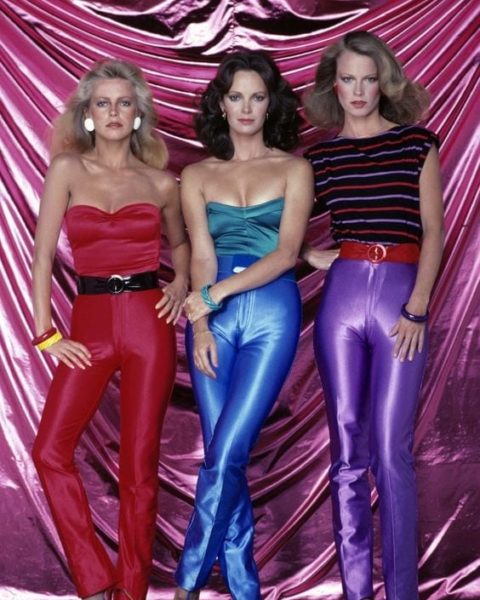 What Can We Expect From a Charlie’s Angels Reboot in the Post-#MeToo Era?

It’s official: a Charlie’s Angels revival is in the works. But can we hope for a more feminist take on the franchise?

On paper, the premise of the original Charlie’s Angels reads like a powerful feminist vision: three female cops turned private detectives, each equipped with smarts, guts and kickass fighting skills. Female empowerment, check. Female friendships, check. In practice though, the 1970s TV show quickly earned the tag of “jiggle tv” for the overt sexualisation of its characters. “Freed from the sexist police force, the Angels specialized in severely under-costumed undercover work, frequently as prostitutes, sexy nurses or exercise instructors,” noted Emily Nussbaum in the New York Times.

But it wasn’t just the objectification of women that was inherently problematic. It was also its misogynistic storylines, dialogue that frequently diminished women, and an abject dismissal of the very real threat of violence against women. In a 2016 essay for Man Repeller, writer Hayley Phelan reflected on her experience of rewatching and evaluating the television series based on her “current-self’s feminist principles.” Basically, it did not go well. In one episode, two of the Angels discuss a thwarted rape attempt. The dialogue goes like this:

Sabrina: You know, if it had been a couple of seconds later I would have been defiled by that creep!
Kelly: Now, that’s the first time I’ve ever heard you complain about that!
Sabrina: Hey! He wasn’t exactly Robert Redford, you know. If he had been Robert Redford I might have said, “Defile away!”

Yes. Really. Somehow, the show managed to put forth the idea that sexual violence can be encouraged—even enjoyed —when the perpetrator is handsome. The franchise took a step in the right direction by expunging some of its problematic messaging in its 2000 and 2003 film adaptations. Starring Cameron Diaz, Drew Barrymore and Lucy Liu (here the white girl trio was modified to accommodate one member of Asian origin, hurrah), the films depicted their leads as empowered and in control, yet could not shake the franchise’s penchant for totally gratuitous semi-nudity. Do you remember the car wash scene?

So while the franchise did admittedly become more self-aware in the 20-odd years between the original and its film reboots, it still had a long way to go, and this latest passage of time since its last on-screen adaptation has been nothing short of epochal. Even two years ago, the expectations from an Angels reboot would have been far more forgiving. But a lot has happened since a certain pussy-grabbing creep was elected President of the United States: a global women’s march, a renewed women’s rights movement, the downfall of Harvey Weinstein, the rise of #MeToo and Time’s Up, and a general air of women-taking-no-bullshit in 2018.

So how’s the 2019 reboot shaping up? The casting choices, just confirmed, are promising. The iconic trio is set to be played by Kristen Stewart, patron saint of the Bisexual Punk Rebels club; half-Indian half-Brit Naomi Scott (you might see her as Jasmine in the Aladdin remake before this film is out); and still unknown half-Black half-Polish actress Ella Balinska. While a man directed both the previous films, this one is directed and co-written by Elizabeth Banks, who in a recent interview with The Hollywood Reporter, talked about the importance of telling certain stories in our current political climate.

“To borrow a phrase that I know very little about, I think it’s important for women to be real “woke” right now in a general sense,” said Banks. “And I do feel like young women, in particular, have woken up to the fact that things they took for granted can no longer be taken for granted. You’ve got to keep fighting for progress.”

Hopefully what progress looks like in her hands is an iconic film franchise reimagined to be more empowering than its previous incarnations, showcasing strong female leads that can take a man down with a well-placed karate chop without requiring a Lycra bodysuit in order to do so. (Look no further than Elizabeth Jenkins in the Americans to see how a woman can be sexy and powerful in a non-exploitative way, or to the ladies of GLOW for a lesson in campy-not-raunchy hijinks.)

“You take a story that’s usually kind of, for lack of a better word, not silly, but just kind of funny, campy,” said Kristen Stewart of the purported reboot earlier this year. “The movie should still be fun, but like, if you ground it and make it about women that really know how to help each other, it’ll be, like, perfect to release now. Like, we’re all together and strong.”