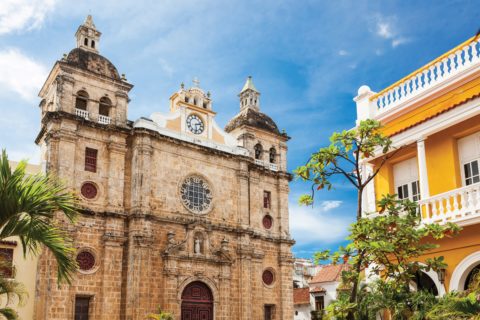 In the Aftermath of the Colombian Conflict, Cartagena Is Thriving Despite Its Narcos Reputation

With the 2016 peace treaty between the Colombian government and rebel groups in place, tourism has returned to the country.

In Parque del Centenario, a metre-long iguana scales the side of a tree. I’ve been told to keep watch for monkeys at this park, which sits on the fringe of Cartagena’s Getsemaní district, offering shade from the often-scorching streets. Locals walk by, unfazed. In this city, where a cloudless sky could give way to torrential rains within minutes, the extraordinary blends seamlessly with the ordinary.

It isn’t difficult to imagine how Cartagena could inspire the magical world of Nobel Prize-winning author Gabriel García Márquez. Devoted fans might consider a trip to Mexico City (his adoptive home) the ultimate García Márquez pilgrimage, but the heart of the Colombian novelist lies here. It is where his stories took shape, where his ashes were laid to rest following his death in 2014 and where his family home still stands.

The rooftop of the Sofitel Legend Santa Clara hotel offers an unobstructed view of the salmon pink oceanfront structure. A fitting starting point for any García Márquez-driven tour, the storied hotel is also where the author, as a young journalist, is said to have witnessed an event back in 1949 that would inspire his bestselling 1994 novel, Of Love and Other Demons.

In the book’s prologue, Gabo—as he was affectionately known—claims to have been at the former 17th-century convent, reporting on the emptying of the building’s crypt, when the skull of a young girl with “a stream of living hair the intense colour of copper” measuring 22 metres and 11 centimetres long was unearthed. The experience matched up to the tales the author had been told by his grandmother about a 12-year-old marquise “with hair that trailed behind her like a bridal train” and sparked the idea for the novel’s central figure, Sierva Maria de Todos los Angeles. Today, visitors can descend into that same crypt via a glass-enclosed entrance in the hotel’s El Coro bar, which comes alive at night with salsa dancing and music and which García Márquez was known to frequent.

Not long ago considered unsafe—fuelled in part by Hollywood- and Netflix-coloured visions of the country—cities like Cartagena, Bogotá and Medellín are currently enjoying an influx of tourists. The 2016 peace agreement signed by the Colombian government and the Revolutionary Armed Forces of Colombia (FARC) has further helped dispel concerns about travel to the South American country.

Cartagena’s history is palpable as I walk along the city’s 500-year-old fortified walls that span a width of up to 18 metres. At the Castillo San Felipe de Barajas fortress, built to protect Spanish colonizers from invading British forces, visitors can pass through some of the 17th-century structure’s tunnels.

Formerly a neglected quarter cordoned off from the rest of the city, a newly gentrified Getsemaní has drawn frequent comparisons to Brooklyn in recent years. Narrow streets give way to a wealth of trendy bars, shops, boutique hotels, cafés and restaurants—like Arrabal Gastrobar, where chef Fabian Gomez serves up dishes like grilled octopus and smoked marlin carpaccio.

Still, as one peers through the street-level windows and doors left ajar, the lines between the rich and the poor, which García Márquez explored through the lives of his characters, have not yet blurred: One window reveals marble-covered floors and a luxurious sitting area; next door, overgrown grass carpets the interior of the shell of a house. 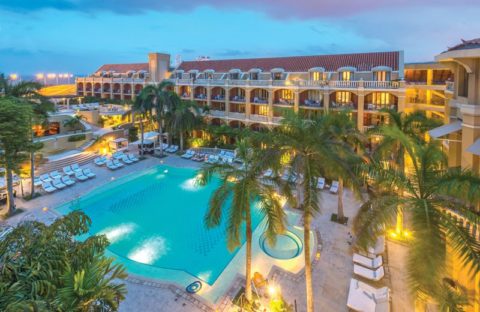 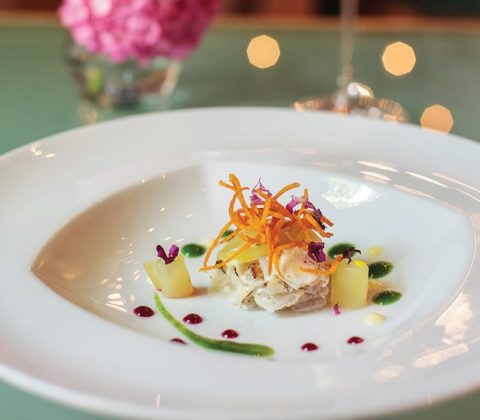 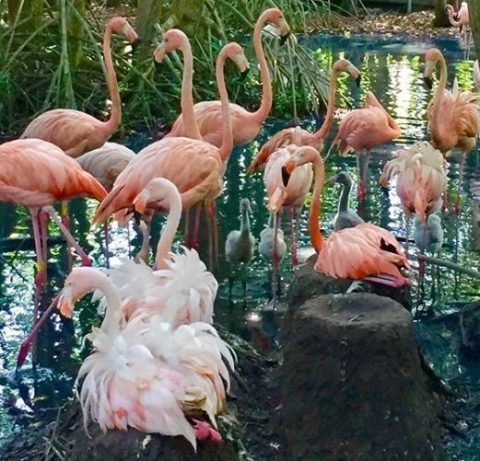 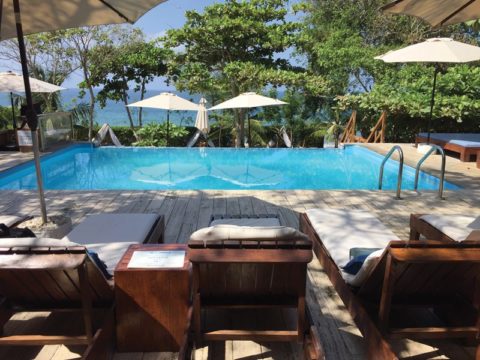 In addition to holding centuries of history and lore, the Sofitel Legend Santa Clara is as luxe as hotels come. Lounge poolside, take in Cartagena’s sunset from the rooftop terrace and make sure to hit up So Spa for some blissed-out me time.

Situated 45 minutes outside of Cartagena in Isla Baru, Aviario Nacional de Colombia is home to a myriad of winged beauties, from toucans to flamingos, giant Andean condors, emus and more. This preservation site is a bird lover’s paradise and a fascinating way to spend an afternoon.

Once you’ve seen everything the city has to offer, hop on a speedboat headed for Blue Apple Beach House, located on Tierra Bomba island. Kayaking, stand-up paddle boarding in warm Caribbean waters and an Instagram-worthy pool set-up await. Plus, the beach club only allows as many visitors as it has lounge chairs, so there’s zero risk of overcrowding.