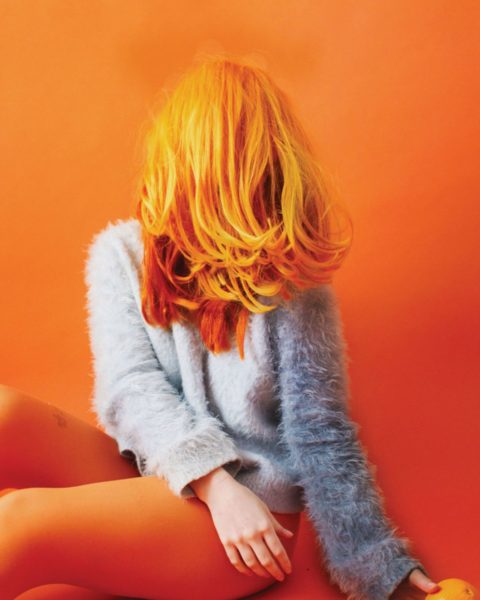 The Canadian Photographers Who are Changing the Way We Define Gender

Petra Collins has come a long way since her rebellious teen years at Toronto’s Rosedale Heights School of the Arts, where she was a ballet dancer until a knee injury forced her down a different artistic path. Now, she’s one of the new faces for Gucci Bloom, alongside Dakota Johnson and Hari Nef. Collins has also lent her neon film noir aesthetic to Carly Rae Jepsen’s video for “Boy Problems,” photographed Kim Kardashian taking a selfie amid a cloud of pink smoke and had her first-ever solo art show, 24 Hour Psycho, at the 2017 Scotiabank CONTACT Photography Festival. Oh, and she’s only 24 years old.

Collins first picked up a camera when she was 15 and started taking hazy, dreamlike pictures of her friends. Shortly after, she connected online with fashion-blogging wunderkind Tavi Gevinson, and they became mutual muses: Collins helped develop the dreamy Virgin Suicides aesthetic of Gevinson’s site, Rookie, while Gevinson provided Collins with the platform and freedom to develop her unique artistic vision. Collins’s photographs deal with taboo subject matter, like the photo of her bikini line with visible tufts of pubic hair that had Instagram closing her account. She’s also not afraid to post unfiltered selfies of her sometimes-acne-peppered skin. In 2013, she designed a “Period Power” T-shirt for American Apparel (RIP) that featured a woman’s hand pleasuring a bleeding vagina. Graphic, perhaps, but it’s all fair game for this feminist boundary breaker.

Outwardly, Laurence Philomene presents as quite femme, with their bright orange hair and large eyes. But the 24-year-old photographer, whose work has appeared in Teen Vogue and NEON, identifies as a non-binary person and uses the pronouns she/they interchangeably. (For this piece, they preferred the gender-free pronouns.)

Non-binary, which is an umbrella term for anyone who doesn’t identify as a man or a woman, is the inspiration for Philomene’s latest photo series, titled Non-Binary Portraits. “It’s been said that there’s a trans moment happening right now,” says Philomene. “But a lot of the trans people you see represented in media, like Caitlyn Jenner and Laverne Cox, still very much fit within the binary of man/woman. That’s fine, but that’s not the experience of a lot of trans people I know—or myself or my non-binary friends.” Philomene, who has identified as non-binary since the summer of 2016, says the realization came after some internal struggle. “I would get put on lists like ‘Top 10 Girl Photographers.’ I felt uncomfortable because I don’t identify as a girl [or even a boy], and I needed to speak up about this.”

In a way, the portrait series is a form of coming out for Philomene, but they add that coming out for queer people isn’t a one-time thing; every time they enter an unfamiliar space, they are faced with that decision. Before photographing the subjects, they asked each one to describe their ideal self and helped them to tease out their essence through costume, lighting and set. What resulted is a series of vividly hued portraits that appear to be coated in a thin film of magic dust. Each photo projects a sense of lightness and buoyancy not commonly seen in images that contain an inherent political agenda. Philomene appreciates that these portraits expand mainstream cultural understandings of gender, but at the same time, they say, the colourful images make them happy. “There’s enough chic black-and-white fashion photography out there,” they say. “I just want to do something that makes people smile.”

Acne Studios shopping bags in millennial pink, vintage melamine dishware, a bunch of rose-quartz grapes and a broken iPhone all make brief appearances in Sara Cwynar’s latest film, Rose Gold. When Apple introduced the rose gold iPhone in 2015, Cwynar became fascinated with the hue. Born in Vancouver and now based in Brooklyn, the 31-year-old artist briefly studied English literature at The University of British Columbia and now holds a design degree from Toronto’s York University and a master of fine arts from Yale University. She worked for a time as a graphic designer at The New York Times Magazine but left in 2013 to dedicate more time to her artistic practice.

Cwynar’s wildly stimulating photographs often contain more junk than a garage sale and look at how colour affects our understanding of daily life. In Accidental Archives, she arranged objects by colour—a red military jacket hangs on a wall overlooking a Santa doll, a vintage dictionary, jazz shoes, dice and a vine of ripened tomatoes in front of a soft red backdrop—resulting in visually attractive still lifes that elevate everyday ephemera into the realm of art. Her work invites us to get lost perusing the strange objects that range from perfume to pantyhose to Post-it notes. There’s a moment in Rose Gold when two disembodied voices narrate the words “Several male artists I know have told me that I’m having a moment, as if the moment will pass soon. Rose gold is having a moment, too.” With any luck, Cwynar’s moment won’t be over anytime soon.

Photography by Laurence Philomene
Get the best of FASHION in your inbox Thanks for signing up!
The latest fashion, beauty and celeb news delivered right to your email #FASHIONforall Now, check your inbox to complete your subscription
We won’t ever use your email address for anything else
Want even more FASHION? Follow us on social media.