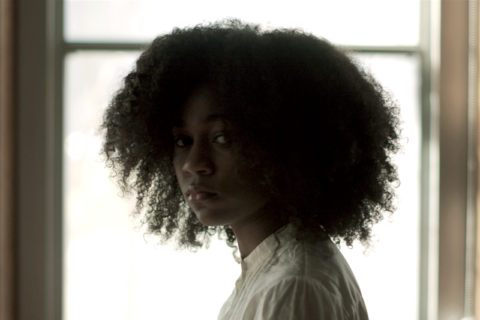 Tackling issues from gender identity and motherhood to race and body image, Breakthroughs' 2020 slate is screening online from June 25 to 28.

Breakthroughs Film Festival, the only festival in Canada devoted exclusively to short films directed by emerging women and non-binary directors, is taking its 2020 lineup online this year. From June 25 to 28, the festival—now in its ninth year—will be presenting 17 short films screening at 7pm daily.

This year’s festival features works of narrative fiction, animation and documentary, tackling issues from gender identity and motherhood to race and body image. The theme for the 2020 Breakthroughs Film Festival is ‘Too Much,’ in reference to “all the ways in which women and non-binary people are often seen as ‘too much’ of something or ‘not enough’ of something else.” 50% of this year’s line-up was created by BIPOC artists, and the filmmakers hail from five different countries: Iceland, USA, Finland, India and Canada.

#BFF2020 official trailer is here! ✨ . ? Join us June 25-28 for BFF’s first-ever online festival, featuring some of the most spellbinding and fascinating work from talented emerging filmmakers breaking into the scene. . This years program features 17 outstanding short films from around the world, including 7 Toronto-based filmmakers. Link in bio to buy tickets! ? . ?? Shoutout to the wonderful @witchbabylove for the edit. . ?? This festival is made possible with support from @torontoartscouncil, @ontarioartscouncil and @canada.council.

Canadian highlights from this year’s lineup include Kourtney Jackson’s Wash Day, an experimental documentary spotlighting three young Black women as they talk about their hair and their personal journeys in body positivity and self-love; Alicia Harris’s Canadian Screen Award-winning narrative-short Pick, about a young girl who has to face the unexpected consequences of wearing her afro to school; and Metis Femme Bodies by Chanelle Lajoie, featuring candid conversations about what it means to be Métis.

The films will screen at 7pm EST everyday between June 25 and 28 on the Breakthroughs website, with a live Q&A with the filmmakers following each screening. An $18 festival pass allows access to all 17 films, with single tickets also available for $5 each.

I Am Mackenzie, Artemis Anastasiadou (USA, 20 min)
Caught between toxic masculinity, a sequin dress and a teenage crush, a young skater growing up in rural Texas learns more about herself after impulsively rushing towards love.

Tight, No Pain, Isabella Carrera (Canada, 10 min)
Three women share their intimate experiences living with Vaginismus and the effect it has on their self-esteem, body image and romantic relationships.

A Celebration, Mahsa Razavi (Canada, 11 min)
In an attempt to fit in with her new Canadian classmates, 8-year-old Ada tries to convince her newly-immigrated mother to celebrate Thanksgiving by cooking a turkey.

Pick, Alicia K Harris (Canada, 11 min)
A young girl wears her afro to school and has to deal with the unexpected consequences.

Pitoc E Icinakosian, Gerry Ottawa & Jos-Onimskiw-Dubé (Canada, 6 min)
Gerry’s realization of her true identity and decision to transition is accepted and encouraged by her loving family in this sweet portrait co-authored by her brother.

Wanted: Strong Woman, Marilyn Cooke (Canada, 15 min)
Nadege lacks the confidence to get what she wants from life, until the day she discovers a new passion that awakens the beast inside her.

Date Night, Arlen Aguayo Stewart (Canada, 6 min)
Alba nervously gets ready for her first date after a very long time battling a negative inner monologue about her age, appearance, and a deeper fear that her daughters don’t want to talk about.

Affanato, Alexa Tremblay-Francoeur (Canada, 5 min)
Living in a surreal universe, Mathilde, a young girl who is studying the violin, finds her everyday life changed when her hands fuse with her instrument.

Kenin, Élisa Moar (Canada, 3 min)
The journey from self-blame to self-healing is distinctly depicted in this personal and poetic documentary about surviving sexual assault and finding freedom in speaking one’s own truth.

Binimoy, Tanvi Chowdhary (India/USA, 19 min)
Gauri and Amal are both secretly planning a special surprise for each other to celebrate their first wedding anniversary in this delightful remake of the O Henry classic, The Gift of Magi.

Baby Teeth, Anik Desmarais-Spencer & Sonya Chwyl (Canada, 13 min)
When Ana sets out to fulfill her mother’s last wish by burying her corpse in the woods, she’s consumed by memories of their relationship in this skillful narrative exploring the complexities of mother-daughter relationships.

XY, Anna Karín Lárusdóttir (Iceland, 15 min)
Lísa is struggling with secrets about her body and uncomfortable visits to the doctor until she finally finds a compassionate ear in her estranged best friend Bryndis, who breaks through to Lisa with loving acceptance.

Metis Femme Bodies, Chanelle Lajoie (Canada, 6 min)
Candid conversations about what it means to be Métis, to unlearn misleading narratives and the importance of relearning one’s own body and heritage are set to the backdrop of poetic, interpretive images of bodies.

Wash Day, Kourtney Jackson (Canada, 10 min)
As they get ready for the day, Eve, Kyera, and Magda discuss the public perception of their blackness in relation to their personal journeys in cultivating a strong sense of self.