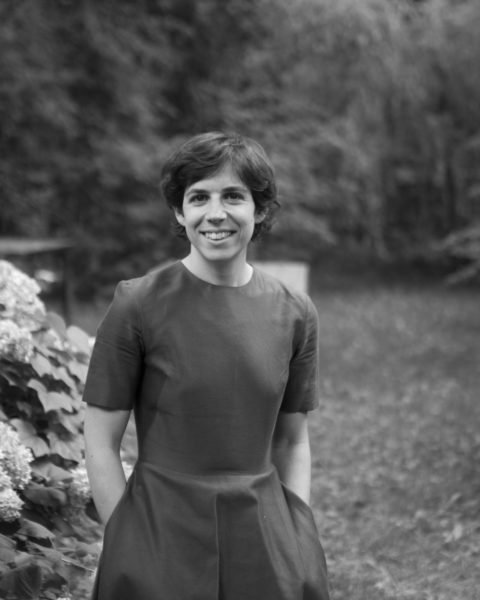 After a Brain Injury This Woman Started Over In Furniture Design

Hanae Baruchel's LALAYA Design can be found at IDS, the Toronto Interior Design Show, from January 18 until 21.

Part of the joy in attending IDS (Toronto Interior Design Show) is the opportunity it gives you to find under-the-radar designers doing wonderful things. Hanae Baruchel of LALAYA Design fits perfectly into this category. The Toronto-woman  unexpectedly found herself in furniture design after a brain injury changed her life. “I fell off my bike and got a concussion that forced me to stop everything I was doing for over two years,” said Baruchel. “My priority was figuring out what could bring me momentary joy…to my surprise furniture-making became my outlet.”

Baruchel’s line specializes in minimal furniture and home decor items comprised of primarily concrete and steel. She says she loves experimenting and found inspiration in the versatility and beauty of the materials used for furniture.

We spoke with Baruchel about her work which can be found at the show’s Prototype exhibit. LALAYA is also at Cabinet Inc’s Booth #224.

Tell us about your injury.

In June 2015, I fell off my bike and got a concussion that forced me to stop everything I was doing for over two years. For a long time that meant I couldn’t sustain any activity for more than 10 minutes at a time. Then I’d need complete rest for several hours before I could entertain doing something else for 10 minutes. As time went on, 10 minutes turned into 15, 30 minutes and so on. Progress was painstakingly slow and completely unpredictable.

Having so many constraints on my every action was devastating but it also forced me to think creatively. My priority was figuring out what could bring me momentary joy and it had to be something that I could start and stop whenever I needed to. To my surprise furniture making became my outlet.

What made you decide to go into furniture design after your injury?

I decided to make a small table using an antique Japanese wooden roof tile that had been sitting in my parents’ basement for over 20 years. I was able to sustain physical activities for longer than I could strictly intellectual or social tasks. More than a year and a half into recovery by then, this realization was incredibly encouraging! The other thing I realized is that I really enjoyed prototyping. Having something tangible to look at by the end, a physical manifestation of my efforts was very therapeutic.

I didn’t stop after that first project. I needed bedside tables for my house and I thought concrete could be a good material for it. So I started experimenting with it and I got a bit obsessed as soon as I realized it wasn’t just this hard, heavy, monotonous material. It could also be malleable, versatile, surprising, beautiful. The same could be said of my recovery process and the parallels between the two kept me curious.

What inspires your designs?

LALAYA Design’s inaugural collection brings out the hidden beauty and versatility of concrete, a material we have come to expect little of beyond stability and brute strength.

My process has been changing quite a bit over the last few months. Initially I was largely letting my exploration of concrete guide the design process. As I further develop my craft, I’m noticing that my ideas are becoming more intricate. That’s forcing me to explore new tools, moulding techniques and materials. But everything always starts with an idea. Sometimes you get it right the first time, but usually it’s an iterative process where you prototype something over and over.

What do you think the future of furniture design is going to be?

As newer technologies like 3D printers and CNC machines become more available and accessible, I think we can expect small design firms like mine to explore new prototyping techniques in ways that end up shaping not just the process but the final design of each piece. Finally, a lot of people are starting to see how design (beauty & function) can be an integral part of our general wellbeing. I think we’re going to see more and more reinterpretation of the traditional office furniture as a result.

In 2018, you can expect to continue to see concrete as our principal material, but we’re working on designs with finer lines and more intricate details. Currently, I’m really excited about a concrete and steel table inspired by a Lynn Chadwick chandelier – expect some crazy geometrical shapes.