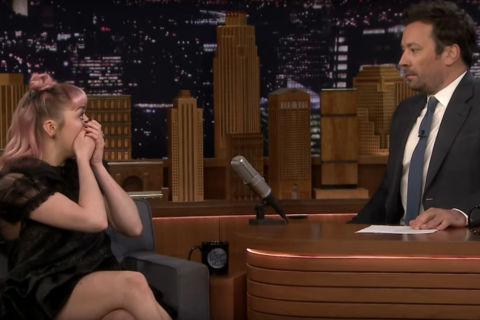 April Fools’ Day “jokes” are usually eye roll-inducing, half-baked pranks that no one takes seriously. And more often than not, they’re revealed to be jokes in a heartbeat, precluding people from really falling for them, even for a minute. This year, though, some people did manage to pull off some pretty convincing pranks that, by the looks of it, people truly got taken in by.

The Los Angeles Times’ burn of the New York food scene
I chanced upon this story on Twitter, which means I didn’t see the URL that instantly gives the whole thing away. (Come on, guys.) But the headline, about New York’s “expanding dining scene” was amusing enough to click on. The fact that the piece is a total farce is obvious right from the get go, with the LA-based writer referring to New York as a “culinary heart of darkness” and “a culturally bereft island.” But just in case that was lost on readers, pizza is referred to as “a mysterious kind of baked tlayuda,” a bagel was studied and determined to be “puzzling but nevertheless a treat,” and Midtown was deemed “the city’s cultural and spiritual hub.” The humour of the piece, though, seems to have sailed over the heads of some readers, who wrote furious emails to the writer that honestly, made the joke an even better one that it started out to be.

Diet Prada’s big announcement
Diet Prada, the once-anonymous watchdogs of the fashion industry, posted a series of Instagram Stories yesterday that sent their followers into a tailspin. It started with a post stating that they would be “moving on from this phase of [their] life” because “[they’ve] got bills to pay just like everyone else.” They announced that they would be putting the brand up for sale on eBay to be auctioned off to the highest bidder, and people were… concerned. Model Bella Hadid commented, “Is this an April Fools joke you guys” to which they responded “nope. Love you! Will never forget that DP brought us together.” Other readers wrote in too, with comments like “I hope the new owners can fill your shoes” and “thanks for all the entertainment these past years.” Several hours later, of course, they revealed that it was all a joke, saying, “Sorry for anyone we upset!”

Hi Dieters! On December 14th, 2014, we started Diet Prada for shits and giggles. 4+ years and 1.2 million followers later and look at what we’ve achieved together. There have been too many epic takedowns/callouts to recap, but nothing has meant more than growing the community and meeting/chatting with so many amazing people through this account. Recently, we’ve been listening to your feedback the past several months and you’re all right…we shouldn’t be doing any sponsored content. Although we’ve been doing less than a dozen per year, it’s more important to maintain its integrity. Honestly, the Kardashians don’t even pay us enough to keep talking about them and are difficult to work with lol, so it’s back to the work force for us! We’ve got bills to pay just like everyone else ?. Although we’re moving on from this phase of our life, we still believe wholeheartedly in the mission of Diet Prada, so we’re putting up the account and password on eBay. Anyone who is serious about bidding, we just ask that you DM or e-mail us first so we can make sure to find the best fit possible! FYI the winning bid also includes our personal mobile numbers and e-mails to consult during the transition. Link in bio to bid. Love you all and DP 4ever ?. • #dietprada #instagram #auction #ebay #ebayseller #instagramaccountforsale #1millionfollowers #sale #fashion #fashionnews #media #startup #wiwt #ootd #callout #shade #accountability #fashionindustry #fashionweek #readytowear #couture #newyork #nyc #newyorkcity #business #dietprada

Maisie Williams’ Game of Thrones spoiler
With the final season of Game of Thrones just days away, the cast of the show has been doing a slew of press appearances. Maisie Williams, who plays Arya Stark, appeared on The Tonight Show Starring Jimmy Fallon last night to talk about the final season and her journey of filming the show over the past eight years. Of course as any interviewer would do, Fallon prodded her to reveal just “one little spoiler, a little hint, just a crumb” but the star said she had decided to “keep a tight lip on everything.” In chatting about the show though, she seemed to inadvertently slip up, revealing that her character dies in the second episode. She seems to become speechless with shock and regret, while Fallon stares at her confused, and then runs off the stage close to tears, before reappearing to yell “April Fools!” It may not work as much of a prank on YouTube hours after the fact, but I’m sure it was effective in front of the live studio audience. If their gasps and pindrop silence are anything to go by, quite a few of The Tonight Show’s audience members fell hard for what was a pretty well-executed prank.