Anyone who lived through the ’90s will tell you the same thing: The era was filled with extreme paradoxes. This was a time capable of sustaining two diametrically opposed aesthetic ideals, as personified by two reigning supermodels: girl-next-door Cindy Crawford and heroin-chic Kate Moss.

During this decade, Madonna became a number one New York Times bestselling author. It was no surprise that the erstwhile Material Girl—then near the acme of her power—could sell countless copies of a book. The curveball came from the nature of the book in question: an unapologetically outré, S&M-fuelled volume simply titled Sex. This wasn’t the first time Madonna would flirt with the concept of rough and tough love. For her 1990s Blond Ambition World Tour, the performer wore a bevy of bondage-inspired costumes designed by Jean Paul Gaultier (including, of course, that indelible cone bra). Although her most provocative pieces were sharp nods to what model/actress/singer Grace Jones was doing in the ’70s and ’80s, it was Madonna’s Sex that really whipped the masses into hysteria.

Bound in aluminum and hermetically sealed in plastic, Sex provided a graphic peek into the inner workings of Madonna’s erotic fantasy life. The aesthetic was inspired in equal parts by tawdry skin mags and the provocative austerity of Helmut Newton. Shot by Steven Meisel, the photos depict the pop star and her coterie in various states of undress and intimacy. Sex seemed engineered for prime placement on the coffee table of your local dungeon: Its packaging is condom-like; it features leather and chains, bondage and nudity; and its commentary (written by Madonna in character as an old-timey mistress) is candid. In short, it wasn’t a breezy airport read, which made its appearance on the venerated New York Times list (just ahead of titles by Rush Limbaugh and the late General Norman Schwarzkopf) something of a shock.

Two decades later—about one year after Rihanna’s song “S&M” became a Billboard hit—we saw a similar frisson ripple through the literary world when E L James’s Fifty Shades of Grey (a murky romance between a BDSM-inclined businessman and his all-too-willing protégé) catapulted to NYT bestseller status in March 2012, less than a year after its release. James was simultaneously celebrated for saving the publishing industry and condemned for her representation of sado-masochistic relationships. And, like Madonna, she found herself in a curious position: James had lifted the flocked velvet curtain on a previously clandestine subculture. Or maybe, judging from the feverish mainstream response to the Fifty Shades movie (out this month), it’s more accurate to say she held up a mirror—and we liked what we saw.

George Giaouris pays close attention to these trends. A leather aficionado himself, he has owned and operated the Toronto-based emporium Northbound Leather since 1987. Originally, Giaouris’s dad ran the business (which encompassed two factories and seven stores in its ’60s and ’70s heyday) as a more straightforward boutique that specialized in bespoke leather garments. Even then, though, Giaouris recalls that his father carefully chose employees who were “flamboyant…and fashion-forward”—many of them gay—to help direct the operation.

When Giaouris took over Northbound, he considered it “a gateway into a community.” He started throwing parties, including a massive annual fashion show and fetish night, which marked its 18th year in 2014. “This isn’t Lady Chatterley’s Lover anymore,” he says. “You had Rosie O’Donnell in [1994’s] Exit to Eden, which was a comedy. What starts as a rebellion becomes a subculture and then infiltrates hip culture and the intelligentsia, and then it becomes mainstream. It’s like throwing a pebble into a pond and seeing the ripple effect. I was in when the pebble dropped.”

For an indication that BDSM has cast off the shackles of taboo and inched its way ever closer to the norm, you need look no further than the grim recent example of Jian Ghomeshi. At press time, the disgraced former host of CBC Radio’s Q is facing four sexual assault charges and one count of overcoming resistance by choking. His initial response to allegations this past October was a Facebook post detailing “adventurous forms of sex that included role-play, dominance and submission.” But the fact that he assumed the public would respond to his appreciation for “rough sex” might signal how far he thought we’ve come since Sex.

Not coincidentally, Ghomeshi name-checked Fifty Shades of Grey, that paragon of populist sado-masochism, in his social media plea. He also referenced Canadian author Lynn Coady’s collection of stories Hellgoing. For her part, Coady responded with a caustic tweet: “I knew Jesus was gonna punish me for that story.” Asked about Ghomeshi’s revelation in one of her first interviews after the incident, Coady claims that she didn’t see it coming. She adds ruefully, “I saw my publisher at the Giller awards, and she said, ‘You know, it didn’t really make any difference to your book sales.’”

“There’s a building of public discourse around questions of sexuality that is different,” says Zanin. “I don’t think that they’re necessarily directly related, but having a broader societal conversation about difference and sex and relationships is going to make room for the slippery slope.”

For Giaouris, this slippery slope has been both a blessing and a curse. “I was so successful at inviting people in that all of a sudden my competitors have come in and appropriated a lot of the imagery and the fashion,” he says. “It’s gone mainstream. Once upon a time, it was completely blasphemous to wear innerwear as outerwear. And now, look at any music video since Madonna started putting on pointy bras and you’ll find that we’re inundated and blasé.” 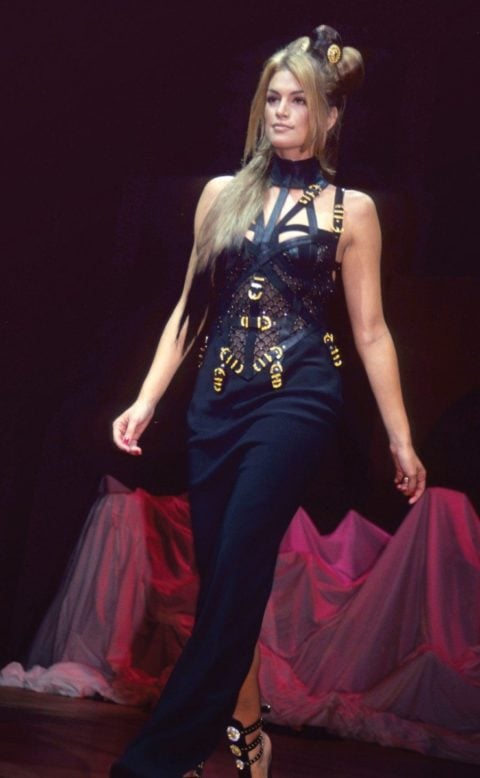 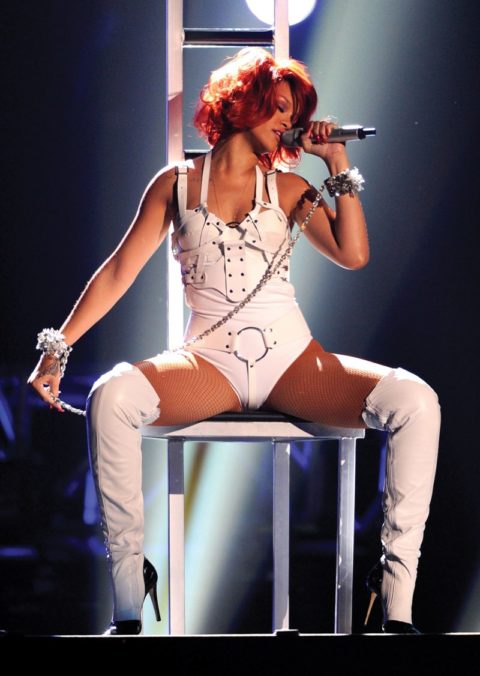 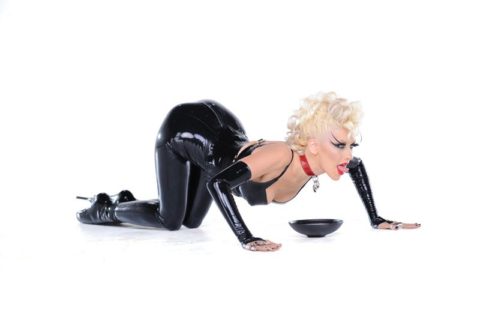 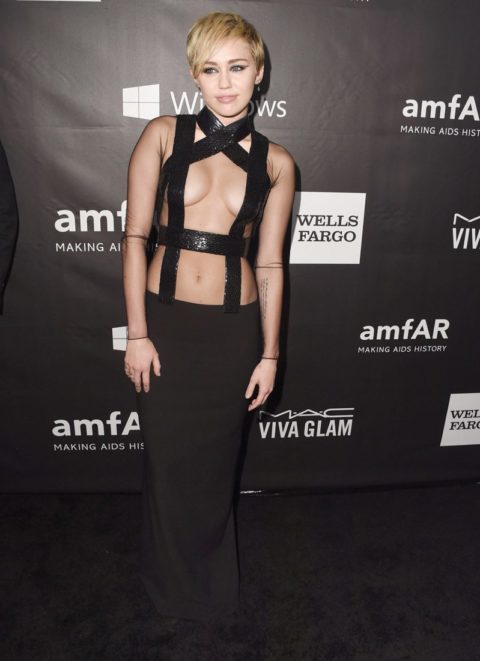 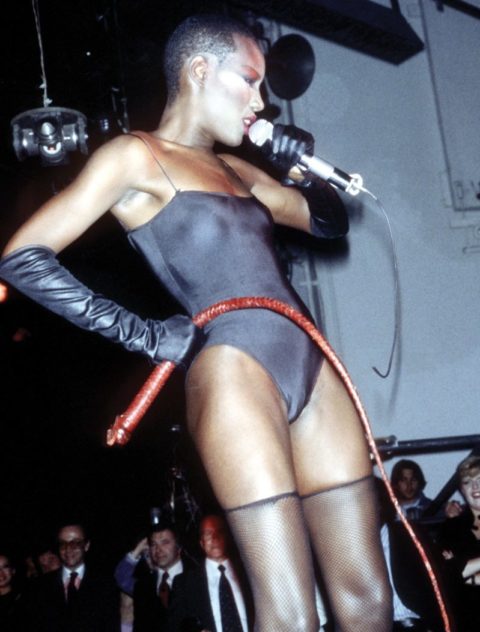 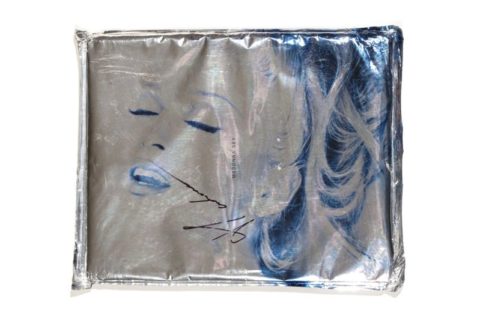 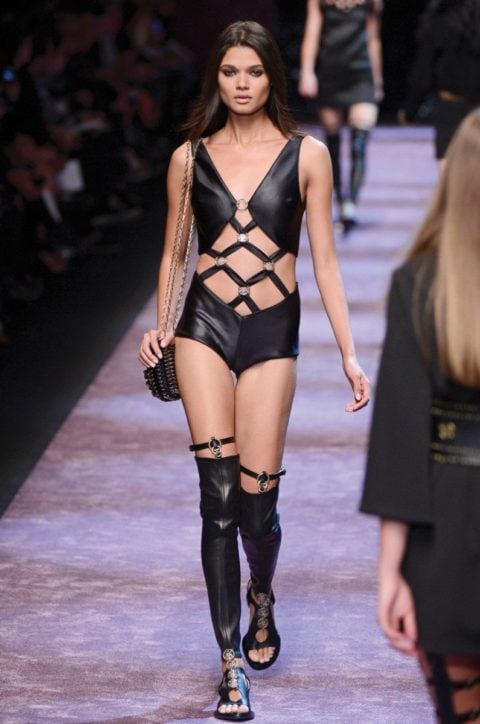 Miley Cyrus in Tom Ford at the CFDA Awards

Photography by Phil Poynter/trunk archive
Get the best of FASHION in your inbox Thanks for signing up!
The latest fashion, beauty and celeb news delivered right to your email #FASHIONforall Now, check your inbox to complete your subscription
We won’t ever use your email address for anything else
Want even more FASHION? Follow us on social media.