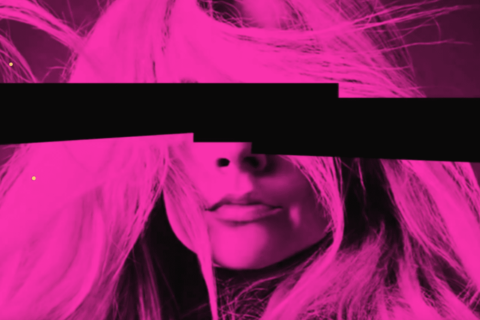 Avril Lavigne Is Not Dead — & She’s Not Dumb

She hasn't been replaced by a body double named Melissa. She has, however, collaborated with Nicki Minaj on a new song.

Avril Lavigne is making music again. At least, that’s what they want us to believe. The French-Canadian singer—the same one (allegedly) who emboldened an entire generation of early aught teens to wear skinny ties and crash suburban shopping malls—is releasing her sixth studio album, Head Above Water, this Friday. Her return to the radio comes after a health-imposed hiatus; in 2015, Lavigne was diagnosed with Lyme disease, which kept her in bed and away from the spotlight. “It was painful to face it, and I don’t like to talk about it sometimes, but to turn it into music and put it out there into positive experiences to help others has been good,” she said in a recent interview with Entertainment Weekly.

In the interview, the 34-year-old also addressed the viral conspiracy theory claiming she died and was replaced by a doppelganger named Melissa. “That it’s just a dumb internet rumour and [I’m] flabbergasted that people bought into it,” she said, when asked if the story had affected her personally. “Isn’t that so weird? It’s so dumb. And I look the exact same. On one hand, everyone is like, ‘Oh my god, you look the same,’ and on the other hand people are like ‘Oh my god, she died.'”

How convincing. The conspiracy, was born from a Brazilian blog called Avril Esta Morta, claims that Lavigne’s sound has dramatically changed since she was catapulted into the spotlight as a 16-year-old. If, according to the Internet, the musician behind “Sk8er Boi” can’t feasibly be the same as the person behind “Girlfriend,” there’s no way people are going to buy into the new album—no matter how great the songs are.

At the end of last year, Lavigne released a poppy, power Christain ballad titled “Head Above Water.” It’s the kind of song that the Biebers might listen to at their hip church, and it’s a surprisingly mature sound from the artist who swore she’d never grow up. The second single off the album dropped today, and it’s entirely different from the first: it’s titled “Dumb Blonde,” features a Nicki Minaj verse and sounds like the opening credits of a 2004 teen rom-com. (In, of course, the best way possible.)

Welcome back princess of punk, we’ve missed you.