If reading your horoscope is a daily ritual, you’re likely already aware that Mercury is unfortunately in retrograde right now. If your interest in the cosmos is more casual, that might be accompanied by nothing more than a smile and nod. Rising signs, super moons, equinoxes – the effect of the planets on our daily lives is something we often feel rather than understand.

For astrology lovers, it makes perfect sense that the movements of stars and planets would hold such a profound influence over our moods and auras. But what kinds of galactic shifts should we be mindful of? When do they occur and what do they mean for us? We turned to astrologer Aerin Fogel to help break down some of the more common astrological terms into a handy glossary to meet all of your divination needs. Consider it insurance against the coming communication breakdowns Mercury retrograde is sure to bring.

Browse our astrology glossary below and get familiar with the terms and how they relate to you. 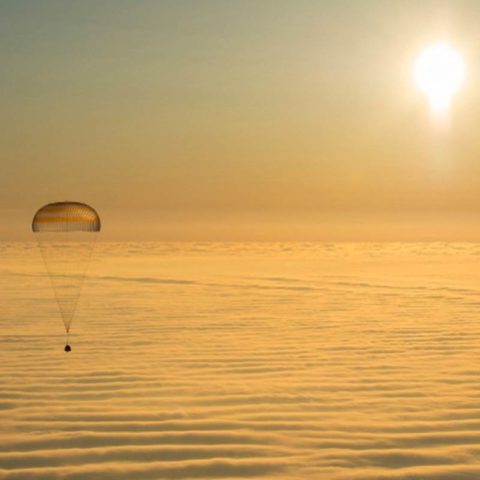 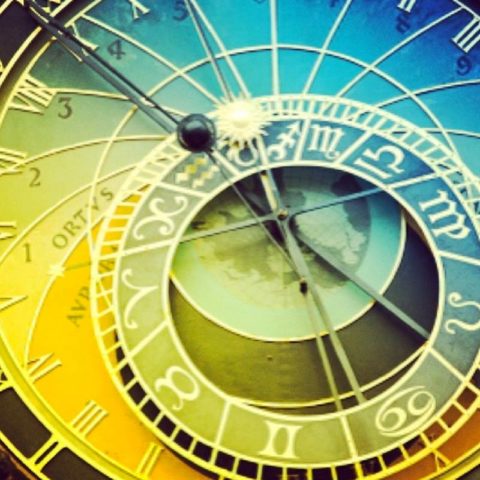 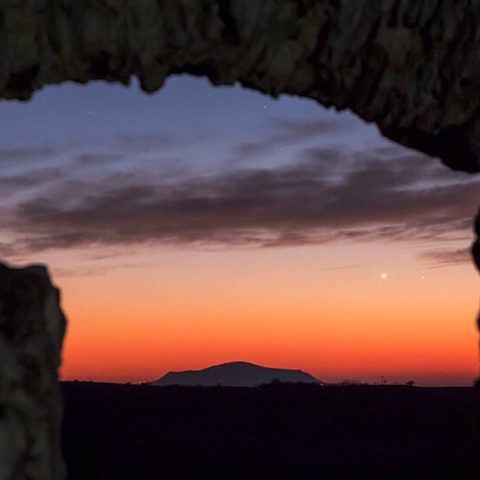 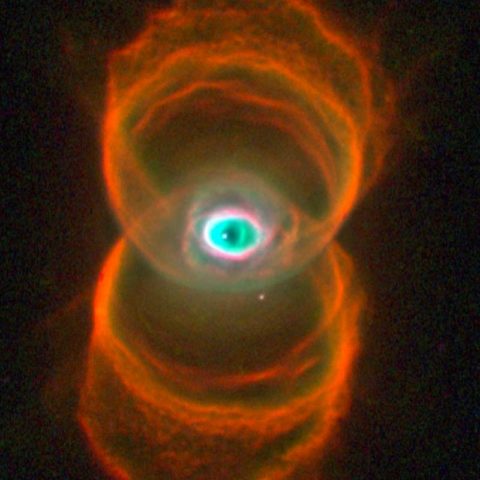 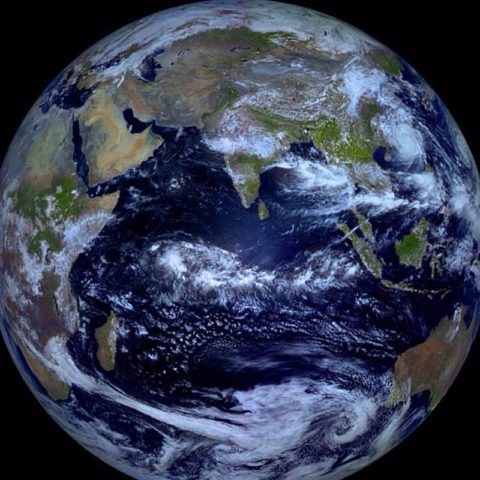 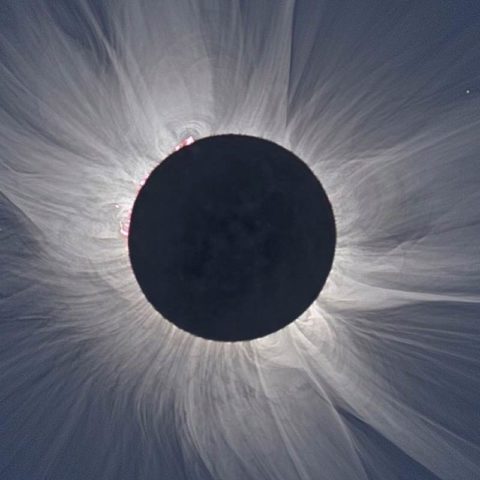 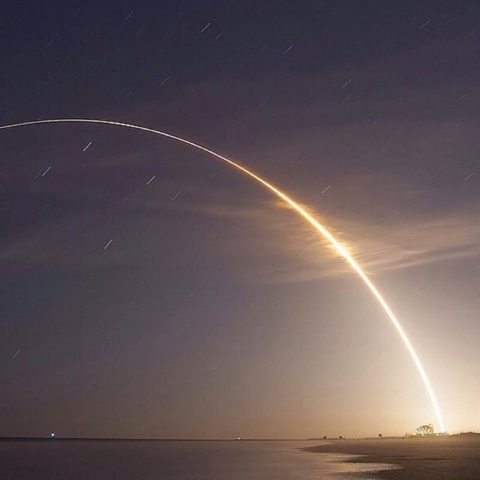 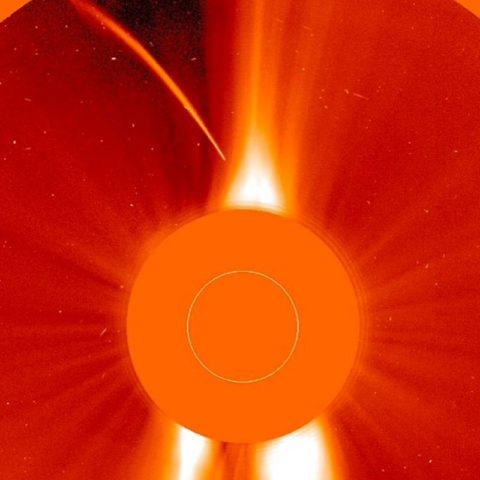 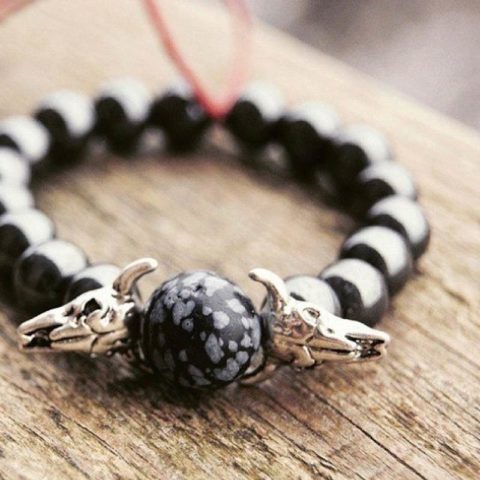 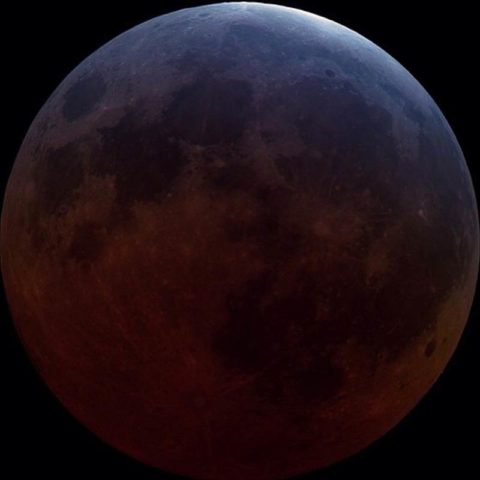 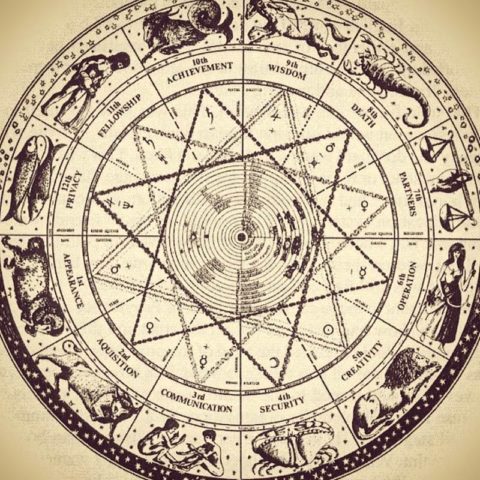 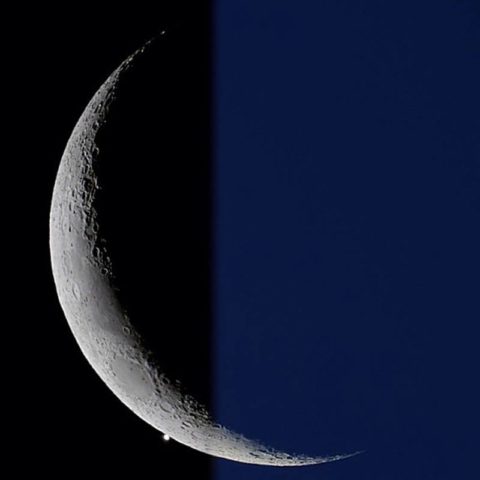 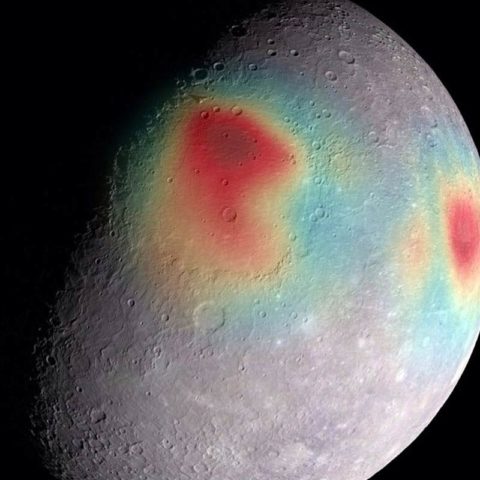 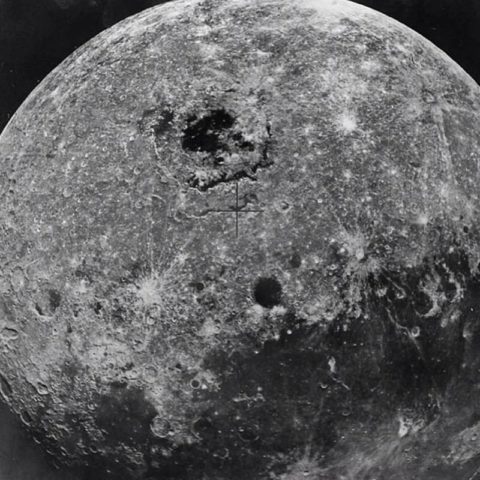 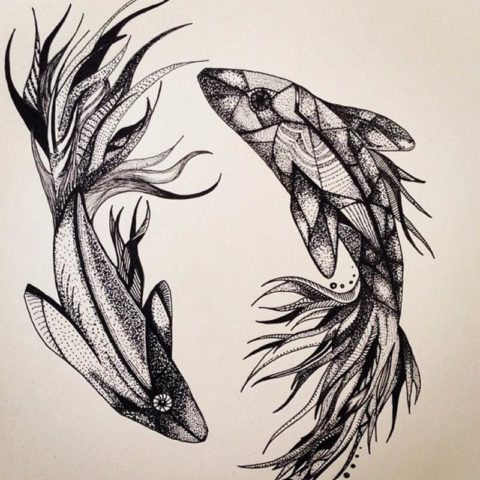 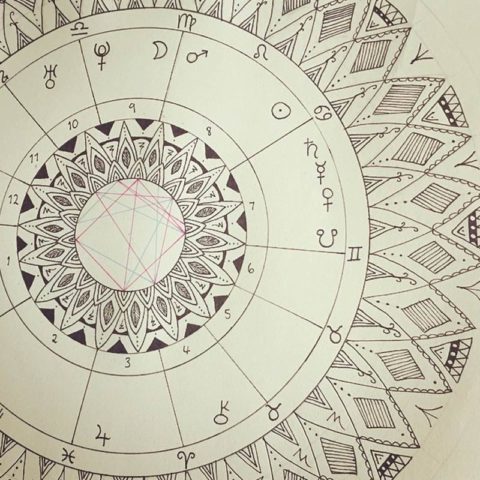 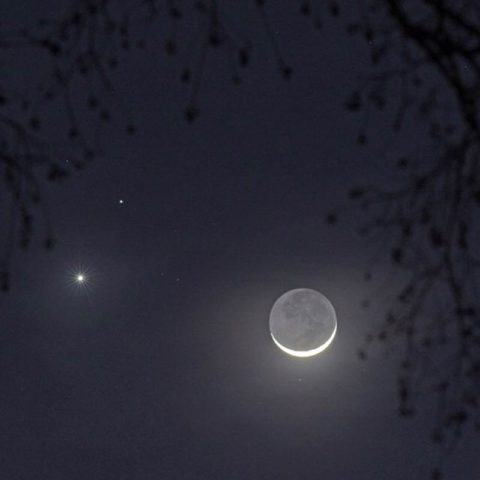 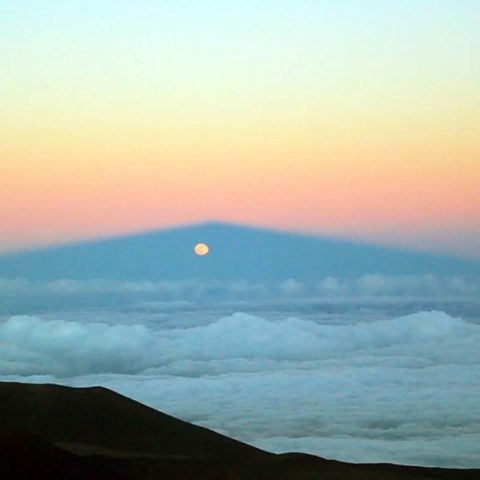 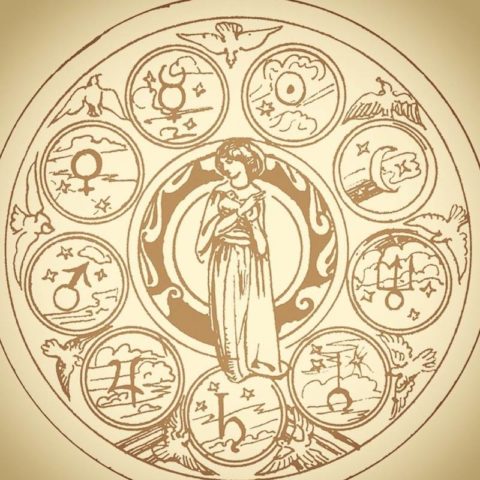 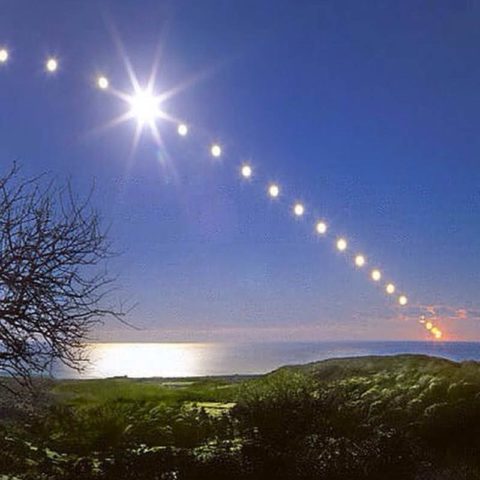 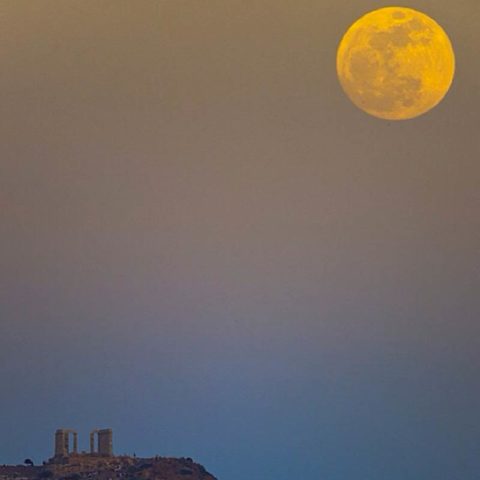 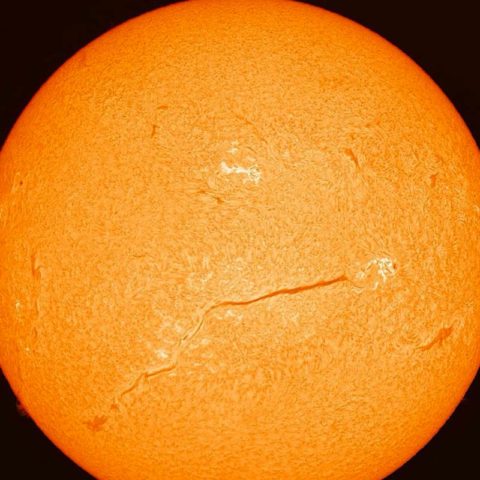 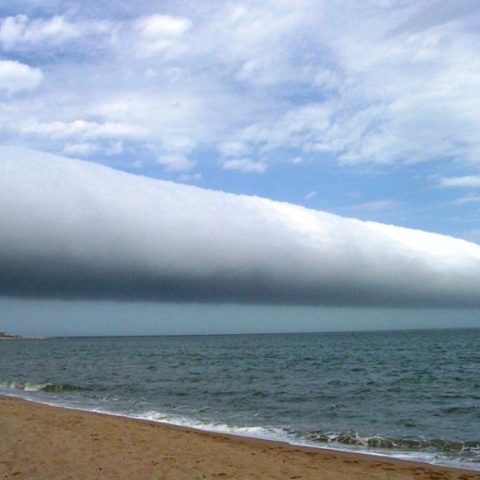 Air sign
What it is: The signs of the zodiac that correspond with the air element.

What it means: These signs (Gemini, Libra, and Aquarius) embody rationality, intellectual capacity, and perspective.

Cardinal
What it is: The first zodiac sign in each of the four seasons.

What it means: These signs (Aries, Cancer, Libra, and Capricorn) embody leadership, initiative, and the capacity to bring about change.

Conjunction
What it is: Two planets in close proximity (or similar degree of the zodiac) from the perspective of Earth at the time you were born.

What it means: These planets are united in the perspective of your birth chart, so they act together through your personality. Their qualities may seem to contradict but they become united as a singular force and therefore more prominent in your experience.

Cusp
What it is: The degree on the edge or beginning of a house.

What it means: This is the doorway into the house; the sign on the cusp of the house informs the experience of that area of life.

Earth sign
What it is: The signs of the zodiac that correspond with the earth element.

What it means: These signs (Taurus, Virgo, and Capricorn) embody practicality, evidencing, and hard work.

Eclipse
What it is: Similar to the alignment of new or full Moons, but an eclipse occasionally happens when the Sun and Moon are on the same plane to an exact degree rather than slightly above or below.

What it means: An eclipse is a powerful time that signifies endings, beginnings, and the threshold that opens between the two. Things become overturned in order to shift into a new paradigm.

Equinox
What it is: Halfway between the solstices, these are days when there is an equal length of light and dark.

What it means: Similar to the solstices, the zodiac signs that fall around the equinoxes reflect the symbolic qualities of having equanimity between light and dark in the day.

Fire sign
What it is: The signs of the zodiac that correspond with the fire element.

What it means: These signs (Aries, Leo, and Sagittarius) embody intuition, inspiration, and action.

Mutable
What it is: The third, or last zodiac sign in each of the four seasons.

What it means: These signs (Gemini, Virgo, Sagittarius, and Pisces) embody adaptability, transformation, and the aptitude for completion and transition.

Full moon
What it is: On the opposite end of the lunar cycle, the moment when the Moon appears to be opposite the Sun with Earth in between. The moon fully reflects the light of the Sun at this angle.

What it means: When the Moon is full and reflecting light it is a time for celebration and observation, witnessing what has come to light since the emptiness of the new Moon.

House
What it is: A section of the natal chart that is cast in relationship to the eastern horizon, or rising sign.

What it means: Each particular house corresponds with an aspect of your life, ranging from the innermost experience to the most collective and impersonal.

Lunar cycle
What it is: One full completion of moon phases, from new to full to new again, about 29.5 days long.

What it means: Our relationship to the moon was the beginning of astrology because the waxing and waning of its light taught us about the passage of time and our connection to the cycles of nature. The different phases of the moon mirror different kinds of experience in our lives.

Mercury retrograde
What it is: Because planets have differently shaped elliptical orbits (they are not all a perfect circle), sometimes it can appear from Earth that a planet starts to change direction in the sky according to the angle of its orbit to our own. Mercury retrograde occurs three times a year when Mercury appears to move backwards in the sky for a period.

What it means: Mercury’s backwards movement during this time mirrors the importance of inward movement for us. Mercury is the planet that rules communication, intellect, and study, so these pursuits must become more introspective than they normally would be. Make space for quiet and be patient with communication challenges, think with the heart rather than the mind, and pause before making important decisions. When Mercury goes direct again it signals to us a time to return to more traditional, outward-oriented pursuits in these areas.

Moon sign
What it is: The constellation the Moon was sitting in from the perspective of Earth, at the time you were born.

What it means: The Moon corresponds with your emotions, your health, your nurturance, and your receptivity.

Mutable
What it is: The third, or last zodiac sign in each of the four seasons.

What it means: These signs (Gemini, Virgo, Sagittarius, and Pisces) embody adaptability, transformation, and the aptitude for completion and transition.

Natal chart
What it is: A 360 degree snapshot of the solar system at the moment you were born, from the perspective of planet earth.

What it means: This is who you are. The angles and relationships of the planets and constellations in this moment formed your first impression of what it’s like to be alive, so the psyche continues to carry this initial perspective throughout your lifetime.

New moon
What it is: Every 29.5 days the Moon passes in front of the Sun from the perspective of Earth, and so it casts no visible light.

What it means: When the Moon is new it is not yet bearing light, and so it is like a glass waiting to be filled; it is a time to set intentions for the coming phase.

Rising sign
What it is: The constellation that was rising on the eastern horizon at the time you were born.

What it means: Your rising sign is your personality, your physical appearance, how others perceive you, and the way in which you defend yourself when fear arises.

Sign
What it is: A constellation that occupies 30 degrees of the zodiac, which is a 360 degree wheel encircling the Earth.

What it means: The procession of the signs through the sky connects us with the cycles of time, of season, and of life phase. Each one is connected with a cultural story from thousands of years ago, which informs the stories we are still living out.

Summer and winter solstice
What they are: The two moments in the year when the Sun stands still in the seasonal path it has been making, and begins to reverse direction.

What it means: Depending on the hemisphere, we move from the solstice into days of either greater darkness or light. These are significant moments that mark major transition periods in the year. The meaning of each sign in the zodiac also corresponds with the quality of the season it falls under.

Super moon
What it is: A new or full Moon that occurs when the Moon is at its closest orbital point to Earth.

What it means: These Moons carry a heightened significance that parallels the heightened effect of the Moon’s gravitational pull on the tides during this time. Their effects are often more obvious than other moons.

Sun sign
What it is: The constellation the Sun was sitting in from the perspective of Earth, at the time you were born.

What it means: The Sun indicates your heart’s desire, the path you are walking, and what you seek to achieve.

Water sign
What it is: The signs of the zodiac that correspond with the water element.

What it means: These signs (Cancer, Scorpio, and Pisces) embody emotion, instinct, and are long-sustaining.